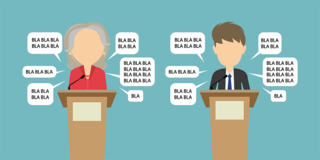 On 8th November 2016 the USA votes for its next president after what has been by far the most controversial, divisive and at times downright bizarre election campaign in the country’s history. The actions and personalities of the two candidates have got the whole world talking about what is required for the most powerful job in the world; neither seems ideal, but who would make the ‘best’ leader?

The examples of poor leadership traits have been extreme during the election…. what should we be looking to avoid when appointing one for our business?

It’s all about me!

Too nice, meek, or over-accommodating

Too busy to lead!

That’s a lot to think about…

Any hiring manager must be aware of the importance of getting leadership appointments right at the first attempt as poor leaders have a negative effect on everyone working for them. This is especially critical at the higher levels in a company, where VPs’ and CEOs’ leadership and influence will have knock-on effects throughout the business.

When making a business critical decision help yourself and retain the services of a specialist agency with the expertise to find hard to reach talent that will take the role on offer and run with it.

FMC have over 25 years of experience looking for the best talent to...