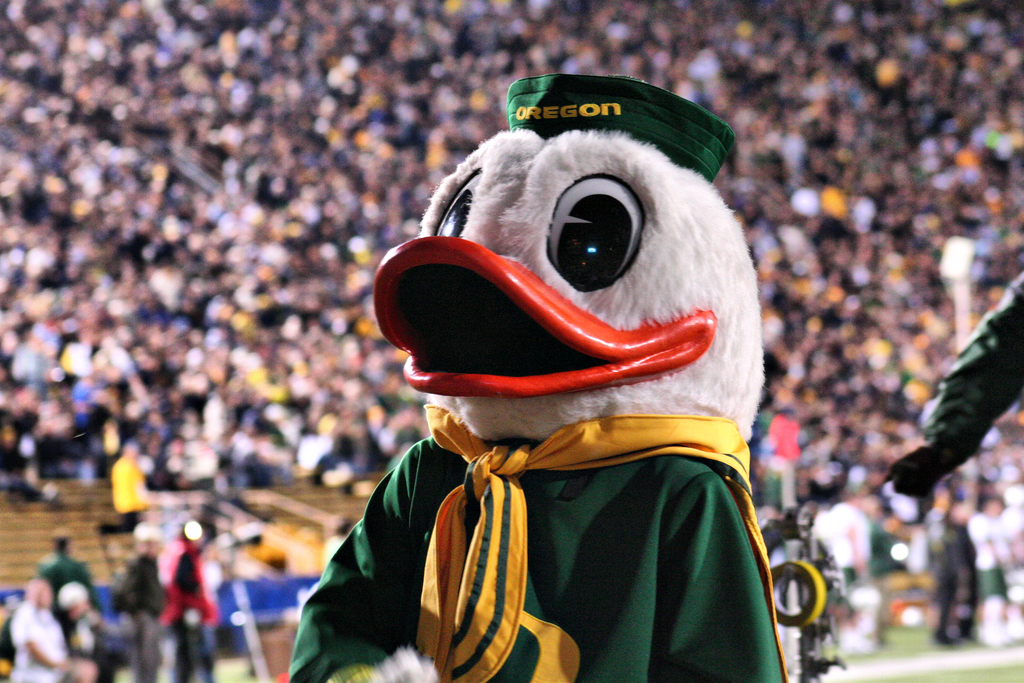 Monday night, Oregon lost college football’s national championship game to Ohio State, despite being heavy favorites and having perhaps the biggest quarterback advantage in the history of the title game.

Well, if you ask two of the nation’s leading sportscasters, it is because Oregon is a team of iPhone-wielding, skinny jeans-wearing coddled “millennials” – the term used in the most pejorative way possible – who go running to their parents every time something doesn’t go their way.

The comments are a reaction to a Wall Street Journal article that ran last week about how Oregon coaches refuse to yell at their players, saying America’s next generation doesn’t respond to that kind of leadership. Michael Wilbon and Tony Kornheiser, the two pundits on the incredibly popular ESPN show Pardon the Interruption, found this new approach to be “insane.”

“So now, if you tell me you can’t scream at them, you have to sing Kumbaya at every football practice, I’m going to say now, Tony, I’m rooting for Ohio State more than ever,” Wilbon said on Friday’s PTI show, when previewing the game. “If you can’t yell at the little babies, if everything has to be okay in their world and you have to pat them on the back and get them a bib, I want (Oregon) to go down 100-to-nothing.”

Wilbon’s wish was granted, with Oregon losing handily to Ohio State, 42-20. Ohio State is coached by Urban Meyer, who very much embodies the business-first, tough-love prototype most people associate with college football coaches.

Of course, this debate goes well beyond college football locker rooms, where companies today are struggling between treating their employees well while also holding them accountable. After Monday’s result, does it prove that Wilbon is right, that all this hand-holding and collaboration creates of team of self-entitled babies?

Probably not. But it is still worth looking into.

Oregon is practicing “horizontal leadership,” an approach taken by many companies where there are no bosses and everyone works together collaboratively. Their argument is that “society has changed” and millennials no longer respond to the old-school view that the coach is the boss and the players must both respect and fear him.

“It’s not about who can scream the loudest,” Oregon head football coach Mark Helfrich told The Journal. “We have excellent specialists in their field, great leaders of young men that need to teach guys what to do, to show them and tell them and find a way to bring that home. There’s hopefully way more talking than yelling.”

Meanwhile, Meyer and a fellow tough guy, Alabama coach and proclaimed “dictator” Nick Saban, have won most of the college football championships over the past decade. If you told Saban and Meyer they could no longer yell at their players, well, they’d probably yell at you (and hopefully it stops there).

In this particular case it appears that Oregon’s softer strategy has allowed them to recruit great players, but it has also not gotten the best of those great players in the most critical games. Meanwhile, leaders who take the approach Wilbon approves of have ultimately had more success.

Businesses aren’t college football teams and, frankly, there isn’t nearly as much yelling and profanity in business as there is in football. However, companies today are wrestling with what approach to take: the top-bottom model of yesteryear or the new-age, horizontal path embodied by Oregon football.

If the Oregon lesson proves anything, it seems like a more horizontal approach allows companies to attract better talent, because it is appealing to most people (not just millennials). However, the Oregon lesson also suggests that too much horizontal-ness prohibits teams from getting the most out of that talent.

In the real world, companies like Zappos and Facebook have adopted a horizontal approach and have had success. On the flip side, Steve Jobs and Bill Gates – among many others – were the ultimate tyrants who were incredibly demanding of their employees and got big results.

There’s a plethora of research on both sides, so that doesn’t really solve the issue. So, whenever in doubt, it is always smart to ask that age-old question: what does Google do? After all, they are the ones who have a team of “ninjas” dedicated to figuring out the best way to manage people.

Well, what Google does is it combines the two. On one hand, they have many of the perks associated with horizontal companies, like free beer and six months of maternity leave. But they also have a reputation of working their employees hardand they do believe in bosses (so long as they are predictable).

Ultimately, that’s probably the answer: an organization needs a top-down approach, or otherwise there is a real threat that the hens will start running the henhouse. Conversely, though, perks are still crucial to attracting top talent and management needs to be smart about what it makes rules about.

In other words, pick your battles. But don’t get rid of the generals.

VoiceGlance is a cloud-based hiring tool that empowers you to find great people faster than ever before. Learn more here.