Discrimination: Is it So Prevalent Everyone Gets a Fair Shake?

We all know discrimination exists in the hiring process.  The primary concern is to give equal consideration to job candidates across different races, genders, ethnicities, and to those candidates from different age groups.  This is important because if organizations don’t give fair consideration to these groups then the HR department or hiring manager can get in big trouble if the candidate decides to file a lawsuit citing discrimination.

I have written numerous times in the past on varying forms of discrimination.  Asian candidates have been passed over for positions and promotions because allegedly they don’t exude “executive presence.” 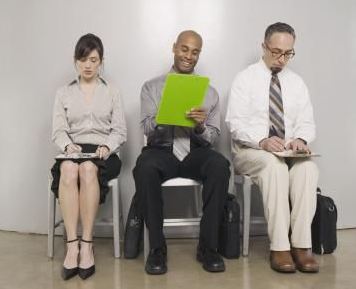 Overweight individuals and smokers are passed over because high work absenteeism and health care costs are linked to employees in poor health.  Healthier appearing candidates are often given greater consideration for employment.

I have spoken with a sales manager who worked for Big Blue (IBM) back in the day and they gave demerits to individuals with beards or who wore loafers.  Why?  Isn’t it obvious?  Wearing shoes without laces must mean you are lazy!  Silly yes, but it’s a true story!

Recent physiognomy studies point to our ability to accurately predict an individual’s competence in whatever they do just by viewing a short video of them.  How many people are passed over because the hiring manager notices during the interview that the candidate lacks that certain something?  It may not be color, age, or gender, but something is missing and their gut is telling them to go with someone else.  And sometimes we’re just discriminated against because we’re not likable enough.  Candidates would like to believe they are hired merely on their qualifications but how often is that actually  the case?  Appearance and cultural fit come into play more than they realize.

Now a recent research study out of Europe suggests that attractive female candidates are discriminated against more than not only their attractive male counterparts but also their less attractive female competition.  Wow, just when you think being pretty gives you a leg up you discover that it could be an impediment.  The reason for this discrimination according to the research?  Good ole jealousy from predominantly female HR departments!  I’m not surprised really.  My hair is thinning, I’m 5’10 and weigh 150 pounds soaking wet, and dress most of the time like I’m going to a baseball game.  You think I want to see all the girls swooning over Thor, our new Nordic IT guy who is so good looking even I want to buy him a drink?

So with all this discrimination occurring for nearly every possible reason, does discrimination really still exist for the ”protected classes”?  Let me put it this way.  Let’s say I’m an African American candidate sitting in a room full of other candidates waiting for my opportunity to speak with a hiring manager.  Naturally I might be a little nervous because I’m a minority and I might not get a fair shake but knowing what I do about discrimination I look around the room and take stock of my competition.

Sitting diagonally across the room is Bob.  Bob has a receding hairline, a beard, and his pants are riding up over a pair of brightly colored socks.  When he laughs I notice a piece of broccoli caught in his tooth.  Yes, that and his socks are sure to distract the hiring manager!  Not to mention that beard has got to go!

Sitting next to Bob taking up two seats is Janine.  Janine is very pleasant and we’ve been engaging in casual conversation for the past 10 minutes but she’s pushing at least 250 and has a mole on her upper lip.  That’s not going to do her any favors!  I’m guessing my premiums are way lower than hers and believe me, I know the HR manager will take note.

Sitting to her left is Jake.  Jake has just popped a second stick of gum in his mouth because he’s already been outside twice to smoke!  We can all smell it on his suit each time he enters the room.  As my pastor says, smoking won’t send you to hell but you sure smell like you’ve been there.  To my far right a few seats down is Tran.  He’s impeccably dressed but he’s Asian and short and I’m guessing he’s not exuding that so called Executive presence for which he might be discriminated against.  I know it’s sad but I’m starting to feel pretty good.

Lauren is chatting me up to my right and I can tell by her smile she’s into scrawny guys with little hair.  She smells divine and is dressed professionally but she’s a total hottie.  If the HR person is a woman I have a good chance she might feel threatened by Lauren’s good looks and not move her forward.  Lauren, you’re gorgeous but this job is more important to me than your phone number.

To my left is Mike.  I don’t know much about him.  He looks fine but his constant griping about “the government” has put all of us on edge even if some of us agree with him.

So despite all my competition and my minority status I sit back, relax, and realize that all of my competition in one way or another will be discriminated against!  The hiring process is so unfair to everyone that it almost has become fair to us all.