Do I really need a LinkedIn profile? 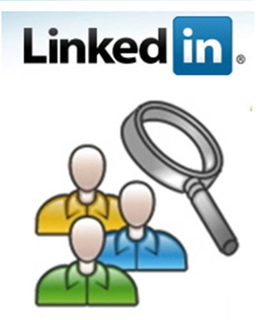 With so many social networking sites now available and new sites being developed on a daily basis, it is often hard to know which networking sites are worthwhile especially in helping to find a new job.

We have all heard of Facebook and Twitter (If you haven’t where have you been hiding!).. however when it comes to job networking in my opinion every person, no matter if your actively seeking a new job or not, needs to have an updated LinkedIn profile.

Job hunting has changed so much over the past 5-10 years and social networking websites such as LinkedIn has enabled job seekers to reach out directly to networks which previously were never an option. Even if you are currently not seeking new roles, having an updated LinkedIn account certainly cannot hurt. I have never heard of a person who missed out on a job for having a LinkedIn account (How many people may have missed out on being headhunted for not having an active account?)

I recently worked with a young skilled migrant who was in the process of moving from Ireland to Australia. This individual had been granted a skilled migrant visa and was now in the process of trying to find employment before arriving in Australia. Not knowing where to begin or how to start, we began by transferring his resume into a  brand new LinkedIn profile highlighting areas such as his expertise, specialities, skills, awards, publications, education and past work history (all areas that are available to fill in on a LinkedIn profile). We optimised his LinkedIn public profile and reached out to his existing contacts asking for recommendations to add further credibility to his online profile. Last but not least we added an up-to-date professional picture (not a picture taken at 3am on a Saturday night) and uploaded this picture onto his profile. When potential hiring managers read through your profile they want to know that there is a face behind the name and adding a picture to your profile humanises the profile.

Now that his account had been optimised, he was now ready to network and reach out to new contacts through all the different professional groups that LinkedIn has to offer. This job seeking candidate now had a huge advantage of being able to approach people in his network and potentially open new doors that were previously closed. Rather than applying blind to a company and hoping for the best, he was able to strategically build relationships and at the same time giving himself the greatest opportunity of being identified by recruiters through his new optimised profile.

Remember one thing. The more relevant contacts you can build to your network the more exposure you will have to meet potential recruiters, head-hunters and employers. In the twenty first century, where social networking is booming, the LinkedIn platform can allow you to enhance your unique personal brand, connect with hiring authorities and connect with other job seekers who are in the exact same situation as yourself.

Do you require a professionally Optimized LinkedIn Profile Contact us Today!