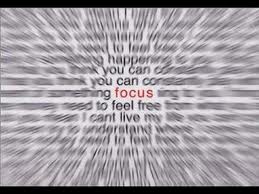 It's been a while since I wrote so I thought I would throw in a topic for consideration; FOCUS.

The world is getting more and more complex and Lord knows the world of recruiting is not getting any easier. Sometimes, I think, as our lives become more complicated personally, I think we have a natural tendency to become less focused in our profession. As you know, our business is one of extreme detail orientation. We have to have "focus" if we are to succeed.

Make sure that you understand that I am not preaching here as one that has the game all figured out; all my ducks in a row; and my dogs padding in the same direction. My days start at varying times each day, end at varying times, and its seems that no two days are a like. This is one of the downsides to working at home (it's not the utopia lifestyle so many dream of, in my opinion.)

So being that the topic is focus (notice I was getting out of focus there for a moment?  LOL) let me share with you the best idea I ever heard on the topic of time management as it pertains to focus. I learned valuable message in February, 1988 when I was a stockbroker in training at the prestigious firm of Dean Witter (Now Morgan Stanley).

Dean Witter sent me to New York City for a month of training and "up the skirt sunshine pumping". I sat in a room in the World Trade Center II with 100 other budding brokers from around the country and we listened to speaker after speaker preach to us about various investment products, tools, theories.

One of them, Chris "somebody", spoke one lazy afternoon on the topic of "Station Wagon Full of Money". It was his dream to as a broker with Dean Witter, earn a station wagon full of money (I think this is every young broker's dream). As it turned out the crux of his hour with us was to discuss his concept of "Power Hours"

Chris told the lesson he had learned long before was that; 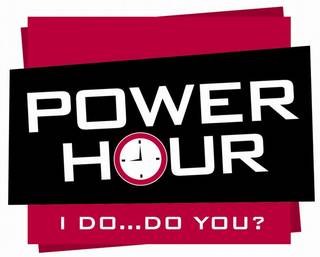 By this time, I was squirming in my seat. He then introduced us to the concept of the "power hour". Chris claimed that the concept came out of Wharton (Wharton Business School) and that the idea was simple, and every effective. He suggested that we look at the overall goals of any work day and figure out what our most important tasks are. In recruiting, those tasks might be;

Chris's idea was that we look at our calendar, our day planner, our schedule or whatever; presumably it runs from about 8AM-6PM or later and create "Power Hours" for our most important topics. He further suggested that we not be too ambitious and just simply fill up a day with "Power Hours" but rather, just start out by assigning 1-2 "Power Hours" per day... and work up from there.

Here is how a "Power Hour" works.

A "Power Hour" is a 50 minute block of time dedicated to a specific task or event and is followed by a 10 minute break. During that 50 minutes you are to do NOTHING, I mean NOTHING, other than the topic for that "Power Hour". You do not accept incoming calls. You do not check your email. You do not Facebook. You FOCUS on that one topic with intensity and purpose. At the end of the 50 minutes you take a 10 minute break for anything you wish. Take a leak. Smoke a cig. But, DURING the 50 minutes, you do nothing other than the assigned task.

At Wharton, they discovered that people, when focused on a task for 50 minutes, accomplished more than people that had no focus in their day; the people that flew by the seat of their pants REACTING to incoming calls and emails, and only really working BETWEEN those incoming items. And by scheduling 2-3-4 "Power Hours" per day, study participants over time, way out performed others that did not use the system; in terms or results, accomplishments, and overall feeling of satisfaction.

I have found over the last 21 years in recruiting, that when I got really dedicated to my career and things were piling up, if I could force myself to stop, "Re-plan" and get back into my "power hours", I could take on more, I could work smarter, instead of harder, make more money, and in the end have a higher level of personal satisfaction in my life.

Might I suggest setting some "Power Hours" of your own? Take the following schedule and try it on for size. Remember in each "Power Hour", you work diligently for 50 minutes, not taking calls, not checking email. Nothing. Do not stop working on the task you chose.

Start off small, simple. Schedule a couple "Power Hours" for a few days. Get used to the method, the system.

As you become more comfortable with "Power Hours", add a couple more. Spread them around, both timewise, and task. Try to incorporate varying responsibilities that combine "fun task" with "argh tasks"

And then, if you ever reach an "Advanced Power Hour" user status, add a couple more.

I do not think I ever really have been able to schedule more than 4-5 "Power Hours" in a days time... but, I can tell you from experience that if you follow this simple technique like a religion; it will work for you.

Please feel free to drop me a line and let me know what you think of the concept, tell me if and how it works for you, and if you found that it helped your focus! Oh, by the way, Chris was actually Chris Gardner, the subject of the hit movie "The Pursuit of Happyness".

We have instituted Power Hours here and its proven to be effective. Some still have an issue blocking other "work" out other than the designated task at hand but it has worked for some. After reading this, I will probably bring this back to the table for our team. Ultimately, this is a training method for those who have problems focusing and re-training them to stop veering off. Your synopsis of how people lose sight of tasks with the pee breaks, coffee, etc is so true.  Thanks for sharing!

Thanks, great article!  As an independant recruiter I find a lack of focus is my biggest problem.