Former Hubspot VPE Explains How He Made 36 Tech Hires 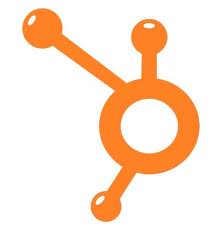 Everyone remembers their first 40 tech hires. Well, Yoav Shapira, early VPE of HubSpot, certainly does. Despite the lack of an in-house recruiter, as well as mixed experiences with RPOs, Yoav grew the marketing SaaS company's dev team by 10x during his time there.

We linked up with Yoav to hear about his experiences and what he learned about what did and didn't work. Yoav had TONS of great advice, but in order to avoid throwing a wall of text at you, I've slashed the interview to pieces and included only the insights I thought were most valuable.

The full transcript of our conversation with Yoav is available on our blog.

Where did you find most of the engineers you’d bring in for interviews?

We went from the Paul English playbook, where every couple months to three months, I called people on the team and I said, “Who’s the best person you’ve ever worked with who you haven’t referred yet?” and I would follow up with those candidates.There was a big evolution. We didn’t have big network, so we hired a lot of contingency recruiters, and they’re a dime a dozen. Most of them suck.They’ll tell you, “We’re all about quality, not quantity,” and they might have one good candidate in their back pocket, which is usually the same guy they send all their new customers because he’s really impressive. In reality, he doesn’t want to change jobs. He’s just okay being used as bait by the recruiters. At first, we turned to these recruiters because they sent us that candidate. Then we put in place the “three strikes and you’re out” rule. If a recruiter sent us three candidates that we didn’t hire, we stopped the relationship.

Then you ended up with two contingency recruiters who were great at their jobs. What’d you like about them?They had just enough of an engineering background that they could wade through a lot of the bullshit, which removed a whole layer of noise. They also knew their referrals really well and weren’t just sourcing resumes stuffed with buzzwords. These recruiters either owned or co-owned the firm that they worked with, and weren’t just normal employees of a big staffing agency. There was an incentive in being more relationship-oriented, less transactional, and more responsive to our feedback.

These job boards, contingency recruiters — no matter what, when you had someone’s info put in front of you, what info was given to you upfront and was it actually valuable? Do people just give you a resume, and you had to do research on them?

Yup, I usually got a resume by default. I would go through sites like Google, LinkedIn, GitHub, orOpen Source to find out what I could about the candidate.If the resume came from a recruiter, sometimes they did the annoying thing of cutting out the candidate’s contact info, and replacing it with their office info, because they were afraid I’d contact them directly. That was a good mark of a bad recruiter.

What was the standard operating procedure to find a developer? Would you go to GitHub, Stack Overflow, or were there some sites better than others?

I love it when a candidate has their own website. My site is a one-page static site that links to everything, but I’d love for them to have a domain. It’s okay if it’s white labeled, but having a domain is a good sign. Recruiters can recognize a digital native when they have their own domain. I’d look for that in their emails, too. If they had john@johnsmith.com on their resume, it’s better thanjohnsmith@gmail.com. I don’t care where it goes to behind the scenes, but good candidates demonstrate they’re digital natives.

I look at GitHub, Apache, Mozilla, and other open source contributions anywhere I can find them. If they have code, I look at the code itself. I want them to, at least, have some sort of online profile, personal website, or portfolio. That’s huge.

At HubSpot, the first interviewing round, even if you had a lot of open source, included a coding challenge that any candidate could do remotely. We also screened for factors like cultural fit and a candidate's interest in the company's mission.

We’d do the coding challenge with a shared Google Doc — one person writes code and the other person can see it. We also used similar tools like FizzBuzz and see[Mike]code, which anyone should be able to test with whether or not they have open source contributions before they come into the office.

And by the way, every single time we skipped that test because someone was really senior, we almost always regretted it. Good candidates crush that test, and they don’t mind it. It’s good that we did this because a lot of candidates suck, and bad candidates are like, “Oh my God, I can’t code remotely.” It’s bullshit.

How would that change if you were looking for a product level or a design person. For a designer, would you look at their visual portfolio and that’s it?

With a designer, it’s a little more subjective. You look at their visual portfolio if they have one, and you hope you like it. Even if I don’t like it, I still try to understand how they got their design, which you can do again with Google Docs or over the phone.

You could both look at the portfolio at the same time, pick one of their projects and ask, “Tell me how this came about.” Hopefully they can explain an evolution that shows they took into account users’ needs, did some market research, looked at comparables, and ended up with something. If they have something that’s well-rationalized and well-supported, even if I don’t like it visually, at least that makes sense, and that’s good.

One piece of advice for recruiters trying to place folks on engineering teams?

Learn how to code just so you can do the screening more efficiently. And, like everyone says, quality over quantity is true at all levels, even college recruiting. If you talk to executive recruiters, like really high end — “Help-me-find-the-CFO” sort of recruiters — those guys know it’s quality over quantity.

I don’t know why the people who are recruiting at the junior or mid-levels think that it’s a volume business. It’s not. If you give me one awesome perfect candidate that I’m likely to hire every three months for a year, I would love you, Mr. Recruiter, and keep paying you and be happy about it. But they try to scam me with all these people for entry-level jobs, and that sucks. I want you to actually do the filtering and funneling for me in an efficient way.