Headhunting: Unethical or a necessary part of a competitive job market? 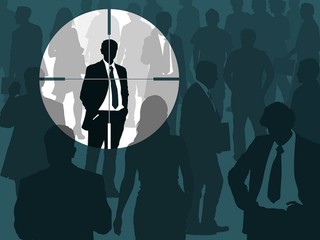 In the most high profile case, four massive tech firms (Google, Apple, Adobe and Intel) who were the defendants in a class action suit, agreed to a settlement (subject to California court approval) of USD$324 million rather than have the case go to trial. Going to trial, set down for 27 May, would not only have risked a far larger payment, but an even greater cost in public humiliation as the details of such a high profile case were reported in the media each day.

The evidence uncovered in pre-trial proceedings proved to be extremely damning for the defendants with the Recruiter UK reporting:

The New York Times News Service reported one example of how, when Google was looking to employ a former Apple employee in Paris, the company sought permission from the late Steve Jobs, Apple's founder, and former chairman and chief executive officer.

And when Jobs found out that Google also wanted to hire other former Apple employees, Jobs wrote: "We'd strongly prefer that you not hire these guys." Google then allegedly backed off.

Another email exchange cited in the lawsuit revealed Eric Schmidt, former CEO of Google, telling Jobs that a Google recruiter who approached an Apple employee would be fired.

Based on court files Reuters reported that another exchange of emails showed Google's HR directors asking Schmidt about sharing the ‘no cold call' pact with other competitors.

Schmidt responded that he preferred it be shared "verbally, since I don't want to create a paper trail over which we can be sued later".

As dailytech.com reported ‘ ... it's not the only win in the non-compete hiring scandal'. Two other firms, legendary animation studio Pixar (now owned by Walt Disney) and business software provider Intuit had coughed up a combined $20 million over similar claims.

To further demonstrate how widespread this behavior appears to be in the USA corporate sector, earlier this month another case reached a settlement when online auction giant, eBay settled a case with the US Justice Department over its illegal no-headhunting agreements with other technology companies.

I am not aware of any similar cases brought by my own country's (Australia) competition watchdog, the ACCC, suggesting that either the ACCC is not looking, or they have looked and, as far as they can discover, such agreements don't exist.

My views on headhunting are very clear cut.

To proactive sourcing of candidates or headhunting is what any good recruiter will do. Our role as a valuable external resource is to access talent that companies are unable or unwilling to access themselves.

All we are doing is discussing a potential opportunity with a candidate - they are under no obligation to accept. If recruiters accept that headhunting is unethical then we are colluding in lessening competition for candidates, which is a practice not consistent with a fully competitive marketplace and is in breach of competition laws.

Frankly, I think it's also hypocritical - every company loves the benefit of headhunting when they need talent, but don't like it when their employees are headhunted.

Has any recruiter had a shortlisted candidates turned down by their client specifically because 'they were headhunted, and as a company we think that's unethical'?

Yes, I have seen that happen a few times.

The other issue is the blurred lines between companies being clients and candidate sources.  Per recruitment agency, they should be one or the other, not both.

The point that Headhunting is 100% ethical in a free-market economy is important to underscore.  Candidates are free agents, not chattel owned by their employers.

But I don't think 3rd party recruiters should proactively target employees of clients.  And by client, I mean a company that uses that particular recruiter exclusively to fill their vacancies, or retains them.  If they only work with them on contingency, then they are just an ad-hoc customer, not a client.

An employee of a client who approaches the recruiter, either generally or to a specific job opening, different story.

I also think an employee of a client placed there by the recruiter should also be a 'no go' area.

I do agree with that, as well.  I do not ever recruit out of clients.