Highlighting your language skills in your resume 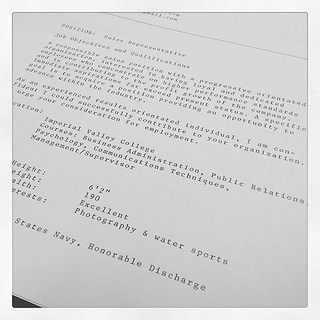 The number one purpose of a resume is to enumerate the skills of a job candidate for the person who might wish to hire him or her. If it does not serve that end, it fails completely as a resume. And one of the most valuable skills that a candidate can offer an employer is language skills, whether in his own or in a foreign language—the former because communication is an essential element of any job (or any activity that involves more than one person, for that matter), the latter because many companies deal regularly with countries in which a foreign language is spoken and are therefore in need of translators, interpreters and people with other such skills. This article will be about emphasizing your language skills in your resume.

The first step towards highlighting your language skills is by showing you have them at all. There is no fixed way in which you should do this; you can simply put linguistics on your skills list and indicate the foreign languages you know and how proficient you are in each of them. Thus, you could say, “Language skills: French (fluent), Spanish (fluent), German (intermediate)” or Language skills: fluent in French and Spanish, intermediate in German,” or something else altogether.

Now that we have format aside, let us go into explaining your language skills in greater depth. Too many job candidates list their language skills but are too vague when it comes to describing just how proficient they are. Would you state that you know French, German and Spanish without clarifying how well you can read or understand any of them? If it turns out that you only know bits and pieces of one or any of these languages, you are almost certain to be turned down for the job, if for no other reason than that you have not been completely honest about your abilities.

The Interagency Language Roundtable is an unfunded government organization formed in 1955 for the purpose of sharing activities at the federal level involving language. They have established a system of grading language proficiency in various activities—reading, listening, speaking, writing, translation and interpretation. Each of these activities has its own grading system—reading proficiency, for instance, is graded from 0 (no proficiency—complete inability to comprehend anything in the language) to 2 (limited working proficiency—ability to grasp the main ideas in a text but not to draw inferences therefrom) all the way to 5 (functionally native proficiency—understanding at the level of an educated native speaker, can read and understand the most difficult abstract texts). When making out your resume, you might want to go to that website and try to figure which level you are at in each of the languages you intend to include. You can even do a self-assessment test there.

When looking for somebody with the skills needed to do a given job, recruiters single out those who can describe their abilities as accurately as possible, without using vague, general terms. Being precise is what gets you the job.