How to Keep a Check on Social Media Usage at Work? 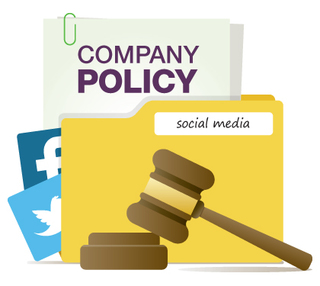 The results of a recent study conducted by Pew Research Center shows that most professionals use social media at work to take a mental break. Around 34 percent of the candidates said that they take to social media to give themselves a mental break. However, owing to the addictive and all pervasive nature of social media, there is every possible chance of the break to become too long and disruptive for productivity. As a policymaker, what can you do and what should be done to check the usage of social media at work?

Those who do not want to go into the various complications involved with framing policies and monitoring them will certainly favor a blanket ban of social media at work. For some it is a method to prevent the drain of employee productivity while for others it is a means to stop the waste of IT resources like bandwidth.  However, a complete ban is more often than not counterproductive.

The Pew Research Center survey reveals that around 20 percent of respondents said that they employ social media to extract information to solve a work related problem, while 17 percent used it to strengthen their workplace relationships. Thus, there are many who use social media for enhancing their work productivity as well.  Even if the 34 percent of respondents used social media to take mental breaks, which many HR policymakers would term as wasted productivity, it doesn’t make a case for a total ban. For, the breaks were still there when social media wasn’t around, albeit in a different form.

The current work culture ostracizes using social media at work. Employees who are ‘caught’ using social media are considered wasting time. There is a need to break this culture and bring a little openness. Employees will anyways find a method to access their Facebook account if they need to, any ban notwithstanding. However, the opinion that use of social media is equivalent to waste of time needs to change. As a policymaker you should understand the various aspects of social networks and how people are using to connect with industry peers. It has also been seen that prohibition doesn’t work well in most economies, however control does work. So instead of banning, implement measures that promote controlled use of social media in a productive pursuit.

Create an official social media policy for your employees

In the current no-holds-barred landscape where everyone is adamant at protecting and exercising his right to freedom of speech, it’s absolutely critical to formulate an official social media policy for your employees. Not only it ensures better productivity but it also many times saves the company from a major reputation hijack.  A social media policy is the company’s first line of defense to avert any risky situation, both for employer and the employee. While some policymakers add a clause or two in the confidentiality agreement, it simply isn’t enough.

In order to carve an effective social media policy it is essential to take opinions of social media experts, or social media evangelists within your company. In case you need a better advice, you can also hire social media strategists for this purpose, or hire HR professionals who have an experience in dabbling with social media.

Be sure to keep these points in mind while crafting a policy:

The policy is not limited to these points. To get a better idea you can also refer to established brands like Adidas, Microsoft, and others which have a comprehensive social media policy at place. Again, it is highly recommended to hire an expert who has relevant experience in this field.

Policies are important, but mindsets are vital. IMO it's about developing a social media culture first by involving all stakeholders before implementing a corporate policy. Organisations also need to keep in mind that their employees can contribute to a large extent in developing a strong employer brand by acting as ambassadors or promoters.