How We Used Tactics HR to Find our First Hire 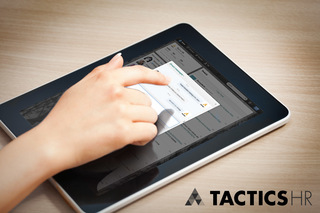 They always say the best way to build a great product is to “scratch your own itch”.  Well, in the case of Tactics HR, that is exactly what we did.  As a startup, we were challenged with a problem that many organizations have (small and large) - identifying and recruiting great talent.  We had been using LinkedIn and reaching out to our own networks to find developers but we knew there was also a pool of talent “lurking” in the twitter-sphere that we hadn’t tapped yet.  So we began developing Tactics HR as a simple tool for us to identify new candidates for our startup.

As soon as we had the proof-of-concept of our Twitter bio search engine built (before it even had a “front-end”), we immediately started putting it to use.  In fact, the first candidate we searched for was a developer who could build the front-end of our Tactics HR product (now that is scratching your own itch!).

With Tactics HR, recruiters, HR professionals and startup founders alike can search for candidates based not only on their bio profile and location but also their Twitter connections.  This was a key feature for us, since we recognized that many talented people don’t necessarily use their Twitter bios to describe their entire skill set - however, many people follow specific Twitter accounts that help them learn and grow professionally.

We initially started with a broad search for all those who had “developer” in their bios, followed @github (so we could review their work!) and lived in our area.  That brought up a broad list of developers - not all front-end candidates though.  So, we began narrowing our search by adding additional filters on the bio keyword search (in this case, “UI OR UX”).  In addition, we also narrowing our search based on people who followed topics on Twitter that were specific to our job opening such as “responsive design” (@RWD) and leading-edge hosting platforms like Node.js (@nodejitsu) and Javascript frameworks like Ember (@emberJS).

After quickly iterating using these search terms and following criteria, we discovered several candidates, specifically one who we had not expected.  It was an individual who had only recently moved to our area (he had updated his location on Twitter but NOT on LinkedIn at that point).  We looked through the rest of his Twitter profile (at his other interests based on what else he followed) and his tweet content to get some sense of his personality.  He looked perfect for our opening - so we proceeded to follow him on Twitter and he immediately followed us back.  We followed up with DM (very discreet communication!) asking for the opportunity to sit down for coffee and introduce our startup to him - which he accepted.  After meeting him (and hitting it off) we established that his skill set was perfectly in line with what we were looking for - we made him an offer and he was on our team in a matter of weeks.  We had just found our critical first hire for Tactics HR....thanks to Tactics HR.