Interview body language: Fake it ‘till you make it 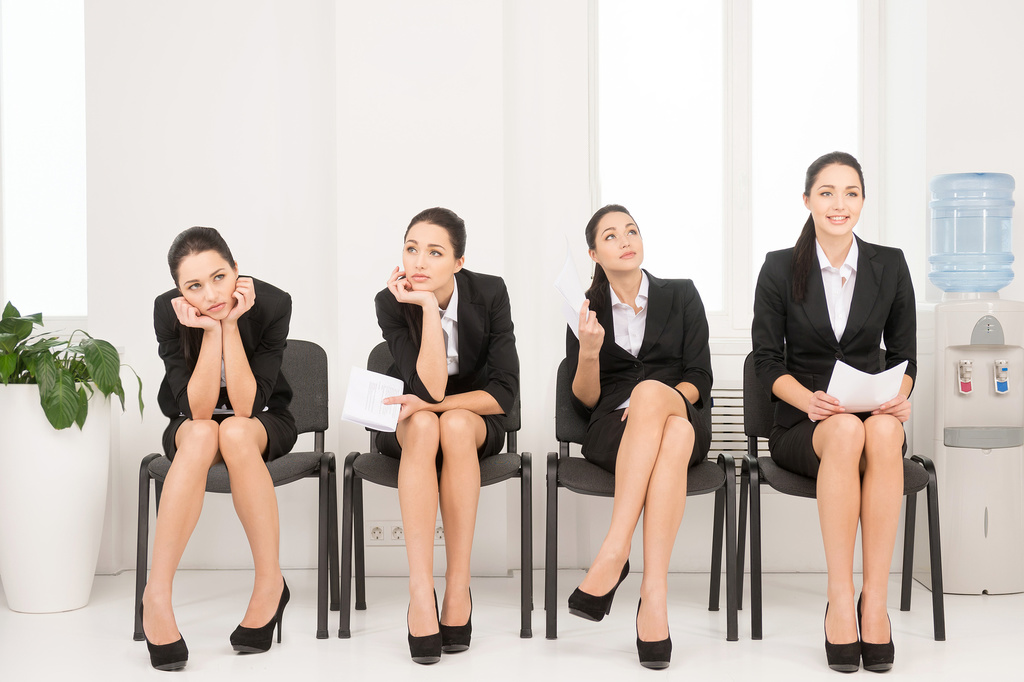 Most people have no idea that the majority of communication is non-verbal. If you go into an interview and only focus on the words you use, you’re leaving your most powerful tool behind.

An interview is a daunting yet unavoidable experience that nobody is exempt from, and is crucial to your future. Ultimately an interview is your one chance to showcase the best you that you can possibly be. Even if you feel nervous, you can try not to let it show, and proudly wear the mask of an alpha personality.

If you want to behave like an alpha in order to become one, you first need to learn and practice a set of nonverbal behaviours that will make you the most memorable candidate interviewing for the role.  Here are some subtle but thought provoking ideas to get you started:

What makes a good handshake?

Traditionally, a handshake is often the first opportunity an interviewer will have to make a first impression about a candidate. A top handshake could be the difference between you getting the job or not, which is a cause for concern since science has recently told us that Millennials have terrible handshakes. A study from the Journal of Hand Therapy revealed that, compared to people who were age 20-34 in 1985, individuals who are 20-34 today generally have significantly weaker grip and pinch strength.

Nobody is saying to crush your prospective employee’s hands within an inch of their life, however a hand grip that’s perceived as too light can send a message that you’re not assertive enough and not confident in yourself. It is probably not the sort of picture you want to paint of yourself when you go in for job interviews.

An alpha knows that they need to be the dominant hand in the handshake in order to keep control. This person will place their hand ‘on top’ of the clasp, whereas the weaker person will often take the bottom part of the shake by initially exposing the underside of their wrist – a physically weaker position. When in doubt, go in with a straight hand and shake up and down, a mutual shake with no one left feeling inferior.

How should I stand, and what do I do with my hands?

A leader figure is a natural observer, keeping still and watching others move around them and wanting to appear powerful and in control. Avoid fidgeting and pacing and instead gesture lightly with your hands.

If you want to, and are brave enough, you can use a high power position adopted by supremely confident people. Put your hands behind your back and grasp one wrist. It exposes the most vulnerable part of the body – the groin for men and the chest area for women.

Hand gestures when done correctly can help people to understand and relate to you. One gesture that demonstrates confidence is ‘steepling’ – when you bring your hands towards your chest or face and press the tops of the fingers together. It can inspire confidence in yourself in an interview and looks assertive instead of aggressive.

You should keep your arms relaxed and open instead of crossed, which can appear unconfident. Face forward instead of leaning away, which can make you appear disinterested.

Should I smile and look friendly?

To smile or not to smile? A blank expression could make you appear unapproachable or even mean, however smiling is actually seen as a sign of submission and a sign submissive people adopt to show alphas that they are agreeable and non-threatening.

Dr Nancy Henley found that women smile in 87 per cent of social encounters, while men only smile 67 per cent of the time. The key is to start and end all conversations with a smile, but to be careful not to over smile.

It is important to demonstrate that you understand what someone is saying, however be aware of head bobbing as it can be a sign of submission.

What should I wear?

Power and confidence is also shown through your choice of attire in an interview. It goes without saying to make sure you look smart, but it’s also important to feel comfortable, not be pulling up too tight trousers over your stomach constantly or walking with a limp in shoes that are a few inches too high for you.

The next thing to consider when picking out your interview getup is the colours. The most powerful colours are black and red. Black symbolises mystery and power, as well as being flattering, while red signifies passion. You can often see politicians wearing black suits with red ties, however you can occasionally spot them in a blue tie which is the colour of loyalty and honesty.

How do I calm my nerves beforehand?

Being seen as an alpha is both a mental and physical state. To end on a serious note, it is important for candidates to realise that the adrenaline they feel before an interview is healthy and natural and an indication that this is a big deal for them. Generally, when the situation that people worry about is in motion, they relax and the adrenaline will hopefully work in their favour.

The best thing to do is to talk to a friend or family member for some words of wisdom, and just sharing that you feel nervous can help you to confront those feelings. Take slow, deep breaths and concentrate on your breathing instead of thinking detrimental thoughts. Some people like to look in the mirror and tell themselves motivational sentences such as “I am a strong, capable woman and I will get this job”.

Your body language not only affects others perception of you, but it can also change your own feelings of confidence and power. Some people are born confident, they kind that walk into the room and everybody looks, and when they talk people listen. Maybe that person is already you, or maybe if you start practicing the above body language and behaviours, and pick up clues from alphas you meet, that person could be who you become.

Ataris Search provides clients with trusted, effective and innovative solutions for any required recruitment assignment. To find out more about our services, please call 01925 839829 to speak to a friendly member of the team, or email contact@atarissearch.com.