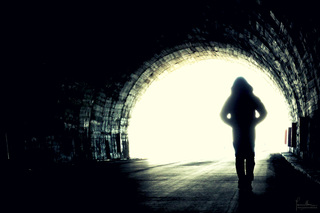 This is a lesson I have learned many times, and with that I thought it may be fun to give you a few great examples from my 7+-years in the recruiting industry.  I have encountered some different circumstances in my career, and they all remind me I should listen to my gut when something does not seem right.  I have changed the names and some of the important information to protect the confidentiality of the candidates.

Marco: This was a Sr. Business Analyst on a hard to fill position in Chandler, Arizona.  The red flag on this candidate had not come until the very end of the process, and at that point it is very hard to walk away from someone as they are doing paperwork.  The candidate came into the office to sign paperwork/contract, and as he was going through the pages he kept speaking to himself.  I thought this was a little strange, but did not think much of it because even I, at times, will read out loud to myself as I am signing paperwork.  When this became a red flag was when I tried to make small talk.

ME: "I can't believe the weather out there today"

CANDIDATE: "Yeah it has been pretty wet out there"

CANDIDATE (under his breath): "We could get this done faster if you would shut up"

CANDIDATE: "Ryan, I am trying to concentrate at work but they are here and they are trying to put me to sleep"

ME: "Who is trying to put you to sleep?"

CANDIDATE: "The people who put a chip in my brain.  I am trying to attend this meeting, but they are not allowing me"

ME: "Can we back up? I am not sure what you are telling me"

The conversation continued from there, but as you can see he had some medical issues he was dealing with.  Needless to say, we were instructed to come and walk this candidate off site.  During the day at the sign up, I did learn he was speaking to his imaginary friend who was at the sign up with him.

Lesson: This is a tough one because you run a fine line with the ADA (Americans with Disabilities Act).  Best result here is speak directly with your HR person on the appropriate way to handle a situation like this.

John: A Sr. Java developer who had just moved to the Phoenix area.  If you are in IT staffing, you know a fresh Java developer to your market is like GOLD!  I was able to get on the phone with John, and found he had the correct skill set for a few of the positions we had open.  We were able to submit his resume, and right away received several interview requests.  RED FLAG #1: When confirming the interview request with John, he asked if I would be able to drive him to the interview because he did not have a car...WHAT?  A Java developer making $60/hour W2 did not have a car?  I gave John the benefit of the doubt, and scheduled a time to pick him up.  Fast forward to John receiving an offer, accepting an offer, and then came RED FLAG #2.

A day after accepting his offer he called into the office and asked if he could get an advance on his first paycheck since he was running low on money.  (I know what you are thinking..."I would have walked away right there").  I took this to my manager, and we were both a little concerned but decided to keep a closer eye on him until he started the new position after he of course successfully passed a drug test.  Well, John did not pass his drug test and was not able to go to work at the client.  It turned out this candidate had some other major issues outside of the workplace.

Lesson: You need to dig deep into situations such as this.  If I really would have started to push back on John the very first time I noticed something was wrong, I may have been able to avoid this situation.  My old manager put it best...You need to peel back the onion as much as possible to expose anything that would prohibit the candidate from being a successful placement at the client site.

Nancy:  One of those purple squirrels you would do anything to find and place.  Nancy was a CISSP Security Architect, and she was someone I worked extremely hard to get a hold of, and sell on the position I had.  I had accomplished half the battle of getting Nancy on board for the position, and she NAILED the interview.  Now comes the paperwork, and Nancy had an issue with half of the wording inside the contract.  After going back and forth for a couple weeks, we were able to come to terms on how she would sign the contract.  After she started her position, she up and quit after a week of working on site at the client.  She called and said, "I'm leaving, and I am not giving any notice!"  Are you kidding me?

Lesson: Let's go back to the onion analogy.  Why is this person really fighting the contract?  Is she using this position to get something better at her current company?  This is why it is so important to get to know the people you are working with.  If you get to know their real motivations, you may be able to avoid situations such as this.

There are so many examples of red flags in our industry.  It is best to get as many facts as possible, and not turn a blind eye to something you have a bad feeling about.  You will never catch all the red flags, but if you increase your awareness to possible red flags then you will have more successful hires.

Good post Ryan.  It is hard to walk away sometimes.  You want it to work so badly.  Over the years I have learned the gut feeling is usually right.  People are people.  They will tell you whatever you want to hear to get a job.

Thanks for the comment Will!  The longer you do this job, the more stories you will have.

Keep writing Ryan, you have a lot to offer.

Thanks for the comments everyone! It might be fun to start a discussion on funny recruiting stories.  It may even turn educational and give us all more awareness of ways we can get burned :-)