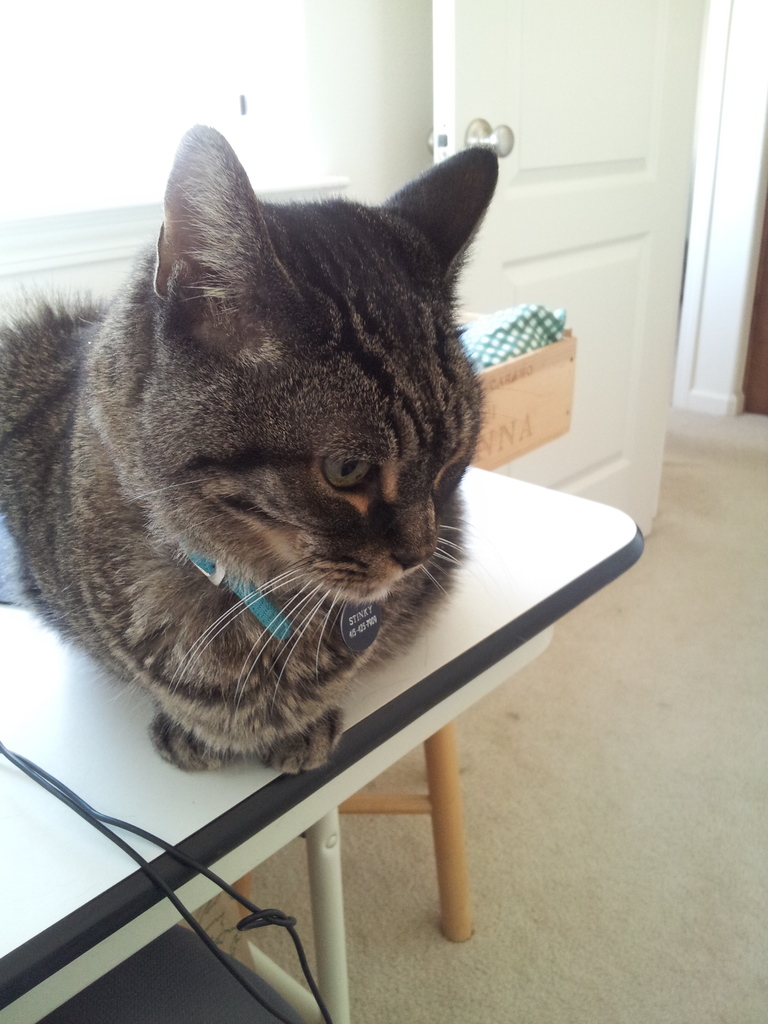 Stinky is my 13 year old cat.  The other day I  was moving some mattresses and had leaned a couple lengthwise  against the wall.  Sure enough, an hour later, Stinky had found a new place to climb up and lay down to observe the world.  Now Stinky is a fairly old cat but he still gets a kick out of exploring any new change in his world.  His motto is

Well, I'm a fairly old cat too.  And I have a tendency to get crotchety and believe that there's no way around doing the grunt work that is inherent to Recruiting.  There are no searches that I haven't tried, No booleans, to boot.

However, working in the startup world in the center of innovation,  Silicon Valley, I am proved wrong frequently enough that I have taken to being more like Stinky.

Now, there is a lot of gadgety , band aid stuff that just isn't worth our valuable time, but you never know until you explore.   And there are people like the guy with the funny hat who come on here and claim that he can fill hundreds of positions in 24 hours on Facebook.

Which brings me to the Facebook controversy.  Recruiting blindly on Facebook is pretty much akin to recruiting on the White Pages.    However, there is  a huge database of candidates there.  Candidates who have filled in a great deal of data about their professional careers and aspirations.  Candidates who don't "hang out" on Linkedin or even post their Profiles there.

To me, it is just a matter of time until some company is able to attract these candidates with the right kind of messaging and develop the right algorithms and produce worthwhile Recruiter packages  to make recruiting on Facebook viable, even downright commonplace.

Until then, I'll keep explorin'

They may well be the ones to get it right.