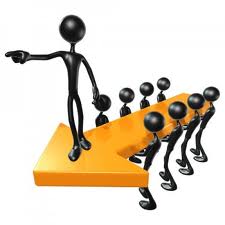 For the past few years HR managers have had to deal with a new reality in hiring, and it is only growing more pervasive. Instead of hiring bonafide employees, many companies now prefer to hire contractors. While an employee staff is necessary for some functions, companies are quickly learning the advantages of hiring contract workers to deal with many day-to-day functions. And it's easy to see why.

The list goes on and on, with the advantages going mostly to the company. Yet from an HR perspective, there are many downsides to freelancers. The higher ups don't necessarily see this, unless it starts to affect the bottom line. And if it does, it's not the fault of the freelancer, but the fault of the HR administrator. It is, therefore, in the HR administrator's best interest to facilitate a smooth hiring and management process for freelancers.

Know what you're getting into

Earlier today Debbie Fledderjohan wrote an article about running background checks on freelancers. She suggests not running background checks until the job offer is extended, so as to avoid potential discrimination charges. To an extent I agree, but I also think it foolish to hire a freelancer without knowing anything about him or her. Chances are the freelancer is working remotely, so we don't even have the advantage of a person-to-person meeting.

To date I have not hired a freelancer without running at least a cursory Google search. Some candidates have common names that make them difficult to identify, but there are search strings that can narrow the scope and help you find the particular John Smith you're seeking. These days, you can be fairly certain that any freelancer, working in an ultra-competitive environment, has a fairly robust web presence. If the freelancer does not have a web presence, that is an immediate red flag.

A Google search might not turn up revelatory information, but it might give you an idea of the person you're considering. If, for instance, the freelancer keeps a personal blog in which he or she continually badmouths companies for which they've worked, that might not be the best indicator of a good working relationship. If they spend hours a day on Twitter, that might be another red flag. Treat these findings as circumstantial evidence: not enough to cost the person a job (except in the extreme cases), but certainly part of the overall picture when considering the candidate.

Search for them before they search for you

When we started hiring freelancers a few years ago, the HR department didn't have much time to prepare. The powers-that-be decreed that we fill a certain number of roles with non-benefit contract employees, and the managers instilled a sense of urgency in us. They needed this additional workforce, and quickly. And so we put out advertisements on the normal job boards. Predictably, we got back hundreds of applications on just the first day.

The worst part about this is that roughly 90 percent of the applicants had no chance of getting hired, right off the bat. They either didn't understand the nature of contract work, or they lacked nearly all of the qualifications we required. The major job boards like Monster probably aren't the best place to start for in-house employees, but they are absolutely the worst place to start looking for freelancers.

In time we found that looking for freelancers through industry forums proved a much more efficient manner of hiring. It took time and effort, but it paid off in the end. Instead of asking freelancers to come to us, we went to them. We knew a little bit about them before determining their interest in working for us. Best of all, we could glean, from the message boards and anywhere else we could find their presences, whether they'd flake on us. What resulted was a much more efficient recruiting and hiring process.

Another issue we faced early in our freelance-hiring days was invoicing. Since our HR department dealt almost exclusively with in-house employees, we dealt with precious few invoices. Almost all of them were expense invoices, which are easy enough to process. But when you hire freelance contractors, you necessarily deal with a heap of invoices. Every two weeks the contractor will send one, and it is up to the HR department to process all of them. You can imagine, then, the frustration we incurred while processing dozens of different kinds of invoices.

Some we received as a MS Word template. Others came as email attachments in PDF format. Still others were embedded in the email itself. The most enterprising freelancers had an invoicing system set up, and we decided that would work best for us as a company. And so we sought out a third-party service that freelancers could use to invoice us. We chose WePay for its simple online invoicing. It didn't matter what operating system a freelancer ran; everything ran through their web browser.

We passed this idea along to the appropriate department managers, who implemented similar standards for submitting work. In fact, we eventually ended up hiring another freelancer to design a system that made it easier for freelancers to create and submit the work. That made it easier to keep projects in order, and also to keep track of how much we owed freelancers. There were far fewer invoice disputes after that, which the powers-that-be surely appreciated.

Making the switch to a freelance workforce proved a challenge in the beginning, but with enough time and experience we were able to make a solid transition. The learning curve might be steep, but as you go along you start to figure it out. Hopefully these tips shorten your own learning curve and make it more palatable to work with a team of freelancers.