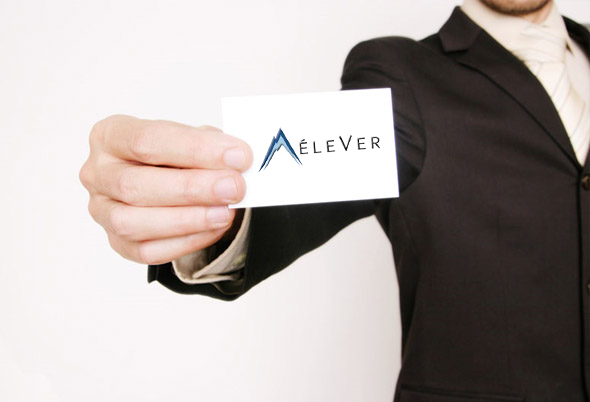 As an Executive Recruiter and a Sr. Consultant charged with training internal recruiting groups on how to effectively grow teams to peak performance through recruitment and succession, I must track the trends of what key characteristics and skill sets employers look for.

Over the last 5 years, some of the buzz words that I’ve seen come and go (and sometimes stick around far beyond their welcome), have included:

The trend with these idioms is clearly aligned with the tasks at hand for people in the positions. While the terms themselves may have become cliché, they remain  descriptive of key traits or experiences that are imperative to the success of the person in the role.

Recently things have changed. More and more employers are not looking for strategic masterminds of business, or analytical analysts, or rainmakers who are proven closers. They’ve trashed the status quo to venture outside the box, and are looking for executives who burn it from both ends and make deals with reckless abandon. That’s correct, they want Nicotine, Vodka and Red Bull fueled ragers who smash 27 Inch LCD monitors when the deal is done. They want… Rock Stars.

In a recent search on Indeed.com, I found over 500 job listings that included the term: Rock Star.

Scrolling through, it made sense at first: Intern Developers, Jr. Designers, and Video Game Testers. These are people who actually will be asked to burn it from both ends- usually not for the reward of large sums of money or to contribute to the company’s strategic growth, but more so, for the love of their craft, or possibly, to raise a few bucks to pay rent while their actual band is trying to book a gig on Warped Tour.

As I looked deeper into the listings I became concerned. It wasn’t reserved for Bartenders, Actors, or Servers at 24 hour greasy spoons in Hollywood. Employers want to hire Rock Star Creative Directors, Rock Star Sales Managers, and even one who wished to find a Rock Star Process Development Scientist III.

One made an effort to get in on the Rock Star trend, but did so with an analytical analyst’s tempered enthusiasm by seeking “A Rock Star Customer Service Representative, Without the Rock Star Attitude.” So wait, let me get this straight, you want the Rock Star, but aren’t prepared to purchase new LCDs every time a deal is closed? So you want the guitar, but not the amp?

I wasn’t necessarily concerned that the workforce has become so desperate for talent that they’re willing to hire Darby Crash to manage their NW Region Sales Associates. Rather, I was concerned that the term “Rock Star”, has become the new “Rainmaker”: a watered-down, tired, out of touch cliché. Steven Tyler can relate. Iggy Pop would not approve.

Likely, employers who are using the term are looking to differentiate, stand out, or identify a new standard for which they grade out potential candidates. Obviously, they’re not wishing to hire unreliable, ill-tempered and self-centered people. More so, the objective is to build a corporate culture of work-hard, play-hard employees who will not rest until they’ve finished the set and followed up with two encores to ensure that the house is officially torn down, and the roof, the roof, the roof is on fire. The truth about the employment market today is that there is an extremely large pool of unemployed candidates who have qualifications that could fill three pages, who just want to get back to work. Employers have the luxury of making hiring decisions that are weighted not only by skills and experience, but by the entire scope of attributes, including personality, style, culture-fit, and die-hard commitment to their employer.

I reached out to some of our clients–business leaders who may or may not choose to be called Rock Stars—and some hiring experts to gather their thoughts regarding the use of the term Rock Star in a Job Listing Advert.

Dustin Little is Vice President of Talenta Global and former Director of Permanent Placement Operations at Manpower (NYSE:MAN). Whether he likes it or not, Dustin has surely been called a Rock Star (in a good way) by several of his former higher-ups at Manpower, the Fortune 500 Staffing behemoth. He sees hiring Rock Stars as a risky proposition. He states:

“The term Rock Star is ambiguous enough to avoid ringing the bell of most employment lawyers or HR folks; but it also may allude to negative as much as it does positive. A rock star has talent, no doubt, but is often focused on their own interests, have fragile egos and destructive bad habits. Simply put, they can cost you a great deal of time, resources and they tend to break things”. He continues, “When someone is a self-proclaimed Rock Star candidate, I think of someone who is talented but also in-demand, front and center. As I’ve become more experienced, I’ve learned that many of the people who are not out front are just as important, if not more. Give me a ‘Steady Eddie” who performs well consistently, without attitude, and I’ll take them over a “Rock Star” any day. Of course, the obvious exception is the Rock Star who doesn’t realize it. In fact he/she thinks they are a Steady Eddie! “He laughs, “Those are rare and extremely valuable!”

“Being a person who is sassy in their verbiage, I am a big believer in using the term to attract talent”. She explains that “Passion, sense of humor, and around the clock commitment to our purpose and goals are non-negotiable when I’m building my teams.” Amber J. also adds that, “Using the term Rock Star is a way to communicate the fact that working on my team is not a 9-5 job. There’s no checking out of this role, it’s a lifestyle that’s fun and exciting but it takes an extreme dedication to hard work and whole hearted belief in what we do.”

“I use the term Rock Star internally quite frequently, generally to describe a vendor whose expertise exceeds our in-house capability. With regards to identifying talent”, Drimer continues “ I would use it in recruitment, if it had not become so ubiquitous as to become irrelevant. But that’s my idiosyncratic take on that matter, someone else might like it. The question is, what does the phrase mean and what utility does it have?”  He elaborates,

“I take Rock Star to mean an individual that has a major success story in a relevant position to the job I am trying to fill. To me, it means someone who can point to verifiable accomplishments that can be proven through award, publicity or (most importantly) revenues. “

Erin Shoji, who is Director of Human Resources for the super-cool mobile agency, Iconmobile, spent close to 10 years in HR and Recruiting for Universal Music. While I haven’t asked her to run through her rolodex and share the names, I’d imagine she’s reprimanded Bono & Ozzie a time or two over turning in suspect time cards. Kidding aside, Iconmobile is a group that’s chock full of Mobile Technology Rock Stars, and she leads the charge in recruiting them.

“The term “Rock Star” brings to mind two areas: skills and attitude. In terms of skill, a “Rock Star” candidate should be a natural fit for a position and can perform the job duties effortlessly, thus producing the work of 1.5 – 2.0 headcount. The candidate should be at the top grade of the position and not need much supervision. As it relates to attitude, there is a risk that a “Rock Star” will be less adaptable to a particular organization’s culture and may not want to get their hands dirty or mentor others. Therefore, I would not include the term on a job description unless the position was a fit with all of the aforementioned qualities in a candidate.”

Originally posted on the blog at http://EleverPro.com

Comment by Valentino Martinez on June 13, 2011 at 7:02pm
So you're looking for entertainers with an EGO!

Bill, I think all are in agreement, including the ROCK STAR HR execs we talked to for this article. We will always need idioms and colloquial descriptors to distinguish the type of talent we're seeking and the type of culture we need that talent to fit into.

Darryl, that's awesome.  I think you're onto something.  Now seeking Straight Up Gangster Chief Counsel to bust serious caps on Corporate Player Haters.  Do you mind if we borrow that?

Thanks for reading and commenting, gents.

How about "Ball Busting Bitch Lab Manager to whip these dwarfs into shape."  (a quote by the way)

Wow, way to go Sandra!  Now how the hell are you supposed to recruit for those positions?

I'm astonished...kind of.  I think it's ridiculous to use the term "rock star" in a job description.  Internal use is all good, but that should not define a role externally.  I've always used the term "hammer" when it came to great developers, but I would never put that into a job description.

@Darryl: I think of Pimp every time I see PMP next to someone's name on a resume...cracks me up every time!

Can we stop using the term Talent Acquisition too?  Just a personal request =)

LOL, well Jeremy, you have obviously never recruited lab managers.  A lot of these old gals have the personality of a cactus, they hang out in the basement of hospitals and med schools, very bright scientifically, technically and rumor has it that they beat themselves with a cat of nine tails at night to be sure they are in a killer mood each morning.  There is no room for mistakes in their profession so by nature they will not win the miss congeniality.

@Keith if you can get these dizzle wits to quit using the term "talent acquisition" you will have achieved what many of us have been screaming about since that ludicrous term first slipped off the tongue of the first incompetant little ass who decided he/she needed a sexy title.  The most fun i have had in the last month was when i said to some fluff head "talent acquistion" wombat, "Let's face it honey, you ain't acquiring anything you is just a "people pimp" so get to pimping or your little talent acquisition butt is going be pimping your own talent on the street.".