On the Cultural Normalization of the Recruitment Process 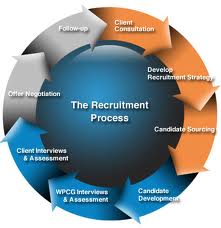 The recruitment process of old is long dead. The didactic hierarchy of employer as king and the cowering potential employee grateful for the opportunity "just to be here" is over.  In the tired metaphor of the "War for Talent", talent has won. Employers must now be more venturesome than ever before in their sourcing and courting of talent to add to their organisations.  We have seen the growth of internal sourcing functions, the lessening of reliance of third party agencies and entire internal recruiting departments swell in numbers.

No where has the pressure to uncover this talent been more pronounced than in the expansion of the global technical giants.  In the race to become dominant there is no country left un-visited, no university left un-plundered and no diversity group left un-infiltrated.  However, in the growth of these organisations where talent can be a direct corporate advantage there is a strange byproduct of the economic choices they have made.

Dublin is a city with just under two million people in the Greater Dublin area and due to it's lucrative tax incentives for companies to set up European headquarters there has more than it's share of large internet brands. Google, Yahoo, Facebook, LinkedIn, Twitter and eBay all have offices in the city to name just a few - a large number of the employees to staff these organisations are imported from the continent or further a field but the staff to support these are usually local hires, this is a rapidly decreasing pool of people who have the relevant experience and the availability.  Due to another cost reduction incentive - the use of the 11 month contract - many of these staff, particularly those in the HR organisations have worked at one, if not more of the other organisations.  This is where I feel the problem lies.  It's not that these individuals aren't great recruiters, all I've met in interviews and at events are, but in crossing the cultural boundaries, in joining new organisations they bring something of that culture with them.  This cultural inheritance is not only evident in physical objects but also customs, ideas and values.  When a recruiter from another organisation joins yours they have a preformed conception of what "works" proven by their previous experiences.  It is wholly natural for them to wish to replicate these experiences.  This can lead to practices that "borrow" heavily from the previous employer, from the selection of a software tool because "it worked for X company", the treatment of candidates in a process "we never gave feedback at X company" or even the style and number of interviews a candidate faces all can be held up to be judged as good and replicated accordingly.  There are always more insidious aspects of cultural inheritance here too, over engineered administrative processes, biases in sourcing and overly lengthy approval chains to name a few. 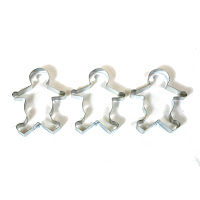 So why is this a bad thing?  If it works it's good right?  Right?

Maybe.  However, there is a casualty here.  Entire recruitment processes at these large organisations are becoming homogenized.  The recruiters, heavily targeted and fighting for a position at the end of their 11 month contract revert to "what works" rather than a recruitment process that will do more than simply test the suitability of a potential employee; it will communicate a true reflection of that company's culture.  As the number of organisations looking for great technical talent increases still further they seek to replicate processes that they assume are effective - how many organisations are still asking candidates "How many piano tuners are there in Brazil?" even when Google themselves have moved away from these questions, calling them "a complete waste of time".  The homogenization of hiring cultures across organisations will only lead to a lack of innovation, a cultural blandness that will leave the candidates unimpressed and the recruiters unfulfilled, cogs in a process.  Whether or not you aspire to a hire talent of the same calibre as Google or Facebook perhaps the answer lies not in the "Googlification", "Facebookification" or Nextbigthing-ification" of your hiring process but in the effective communication of your own corporate culture.  If we accept that the recruitment process is also a time for candidates to learn about your organisation an awareness of what you actually want them to learn might be a good thing.  Rather than be the beige old porridge, the pale imitation of a recruiter's previous employer why not look upon the recruitment process as a great chance to iterate, looking for ways to continuously improve,  to provide true value to the organisation.  You could even borrow from software development practices and look at A/B testing to see which practices work better for your candidates (yes you should always ask them for feedback), just don't get them to dance, that might be differentiation you don't want!

In conclusion, when building a recruitment team, adding to an existing team or even changing policies and processes - caveat emptor.  Ensure that you're not adopting practices have worked for you previously without holding them up to the scrutiny of your new situation.