Playing Hard To Get...Will Get You Nowhere

It has been a little while since I wrote a blog post dedicated to the stupid stuff candidates do...so sweet, clueless candidates, this one is for you. ***raises tall Red-Eye from Starbucks in mock salute***


As girls, we are taught to play hard to get to get what you want (or at least men). I've never really paid attention to this rule...namely, because I'm naturally so awkward it wouldn't really matter what I did. The (less than favorable) end result was always the same. I was a late bloomer in the dating department and when most girls were out dating and playing the field, I was getting married (and subsequently divorced...I've always been an overachiever). I had no sisters to show me the ropes and the only thing my brothers managed to show me was their newest wrestling move, fart noise, and the occasional genital (they were under the impression that this was very cool and oh-so-funny). I didn't get much assistance in the friend department, either. I went to a performing arts school so all of the friends I did manage to make were just as weird as I was and try as I might, I was unable to emulate the cool girls and their coy way with the man folk. I was, in every sense of the word, completely and utterly clueless, and as a result, "playing hard to get" never registered with me. I didn't play. At all.

As I got older, got divorced, and got more comfortable with myself, I stopped really caring about my dating life. To me, my indifference was merely that: indifference. It wasn't a trick, it wasn't smoke and mirrors. I just didn't give a crap about meeting a guy and dating. I figured I had enough life experience with the opposite sex with my super successful marriage that it was probably good if I cooled my jets for a bit. To others, however, this "indifference" was somehow translated into "hard to get" and all of a sudden awkward, geeky, Megan was in demand (sort of..."in demand" is fairly relative. My phone rang. Once. Or twice. And then maybe a few wrong numbers...) So there was something to this entire "hard to get" thing....maybe?

Only in dating, people! Only in dating...and certainly not when it pertains to your job search! When it comes to your job search, my advice to you is to put it all out there and make yourself as accessible as possible. Sit and wait by your phone, give any potential suitor all of your sexy details, and do not give up...even if that means you have to wait in the bushes and employ some stalking techniques. (After all, a little stalking never hurt anyone...)

One thing I've been seeing a lot lately that has been driving me absolutely crazy is candidates that are actively on the market, often unemployed (for months, years...) and act like they do not give a damn. Now, I know a person's pride will make them do funny things, including act overly nonchalant so they do not appear overly eager (I get it, people), but when you don't have a job, it is time to push the pride aside a bit and focus on getting a new job...and in order to do that, you have to put yourself out there a bit.

But let us not get ahead of ourselves. Let's take this one step at a time.

Let's start with putting your freaking phone number on your resume.

Out of all of the bizarre, no-rhyme-or-reason, things candidates do, the one that confuses me the most is when they don't put a phone number on their resume. (This is closely followed by candidates not putting their name on their resume but I can understand this a bit more. Confidential resumes are sometimes necessary, especially if you are still employed.) People, listen to me: If you do not have your phone number on your resume, you are already starting out with one strike. This doesn't mean that I won't email you (please see paragraph about employing stalking techniques) but it immediately puts a bad taste in my mouth and makes me think that you are high maintenance. My job is stressful as it is...and when it comes to high maintenance, well, I wrote the book. The last thing I want to do is chase after someone I saw on Monster or Dice and spin my wheels. Simply put, if you do not list your phone number on your resume it gives the impression that you aren't all that serious about your job search and given the choice between working with a candidate that is serious and one that is on the fence, well, who do you think is going to get most of my attention?

Yeah, that's what I thought.

Next on my "Are you freaking serious right now?" list are the resumes that do have phone numbers on them...just not working phone numbers. For the people that happened to move recently and changed their number, I'll let it slide (for now), though, seriously...get on it. Laziness is not sexy and it usually doesn't score people jobs...unless you want to work at the DMV. I hear they love the lazy. What really irks the crap out of me are the people (I imagine they think they are being cute) that list 123-456-7890 as their phone number. Really??? Seriously??? Seeing a great candidate's resume, picking up the phone to immediately call them, only to then realize you have a phony number sucks. It is almost as disappointing as scoring the number of some hot guy at a bar and then realizing it is the local rejection number later when you call to plan your future with him. (Not that this has happened to me but...) In all seriousness, at this point, nobody is going to email you. Once a recruiter realizes you are some smart-ass that lists a phone number, more often than not, your resume is flagged and you are almost immediately put on some sort of "Do Not Use" list. So for the love of God, put your freaking phone number on your resume and let us do our jobs.

Now, in defense of the many job seekers I'm screaming at via my blog, I know what you are thinking. "God, OrlandoTechNuts is so sexy with her bluntness. Is she single?" (No, for the record, I'm not. And if you don't stop thinking that, Kevin will fight you.)

No, really, I bet you are thinking, "You make good points, Megan, but let's play devil's advocate. Recruiters are a huge pain in the ass. I get so many calls every single day, most of them do not know what they are talking about, a lot of them aren't even local...they might even be sitting in their basements in their underwear (hot??), and they suck at listening. Yes, I want to get a new job. I desperately want to get off the dole. But I desperately want to go five minutes without talking to some ditz recruiter so what is the harm it making it a little difficult for them to contact me?"

I know recruiters are annoying. I get it. Hell, I even annoy myself half of the time, but truth be told, when it comes to job searches, we are a necessary evil, and more often than not, we are just trying to help. (Really.) So please, I know your mama (and Dr. Phil, Dr. Laura...Patti Stanger) preach the powers of playing hard to get...and when it comes to attracting a mate, they are probably on to something. Desperate isn't sexy. But you know what, when it comes to your job search, being desperate is SO hot right now and playing hard to get...Will get you NOWHERE.

So, kindly, put your phone number (the right one, you sly fox) back on your resume so we can all go back to work. Thankyouverymuch. 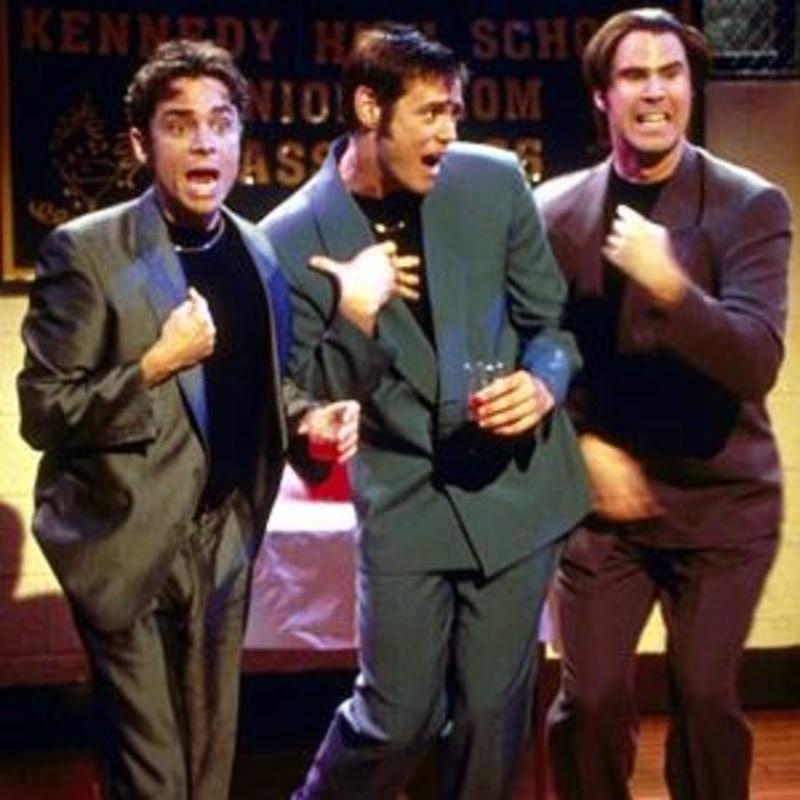