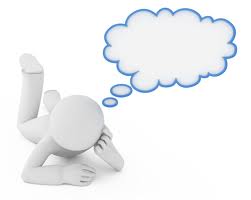 Preparation in selling is often overdone or overrated. Surprised? If too much emphasis is put on preparation, salespeople focus more on what they have planned instead of what actually happens in the meeting with a buyer.

Today, I watched a sales veteran I work with conduct a masterful sales meeting. Alex’s mastery had nothing to do with what he planned on selling or what he planned on saying. He was prepared just enough to understand his client, their company, and industry. What made the meeting brilliant was his presence in the conversation; it was like a spontaneous, beautiful dance that incorporated some choreography where it fit into the conversation. The buyer was incredibly engaged and showed visible signs of comfort and trust in this sales pro.

Alex, after the meeting, said, “I used to over-prepare, so of course I felt obligated to do all that I was prepared to do. Today, I spend just a bit of time reading and researching. The majority of my preparation is centered on being present during the meeting. I make sure I’m well rested, unrushed, and then I actually visualize myself, before the meeting, being fully present to what the buyer has to say. During the conversation, I employ thoseIntegrative Questions you taught me to create a meaningful conversation for both of us. Since I started doing this, all of my meetings have gone well, even with buyers who started out being standoffish.”

Sales Yogi’s know that presence is more important than preparation, since their is no possible way to prepare for all of the possibilities. So, rather than spending too much time practicing what you’re going to say or even how you’re going to say it, practice presence in role-plays and mock scenarios. Great conversations come from presence and spontaneity, never from rigid choreography.