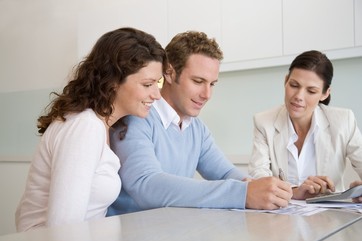 Today's article will cover the four questions I am asked most by recruiters. First, I want you to realize that all situations are different and that state laws change from state to state. Let's assume you are in the state of Georgia and your debtor is in Florida; what your lawyer may tell you is 100 percent accurate in Georgia but may be 100 percent wrong in Florida. So as I answer these questions, please keep in mind that this is a collection advice and is not intended as a legal advice. If you need legal advice, I can refer you to an attorney in your state if one is needed when it comes to getting contracts signed.

1. Do I need signed a contact every time I do a job search for the same client?

This depends on several factors, such as the wording of the contract. If it references a specific search, then, yes, get a new contract signed. If it is just a blanket search agreement, then I would like to see a new agreement signed about every 12 months. We still can collect on older contracts but this can avoid several arguments that the debtor's attorney will bring up.

2. If I do not put a timetable on any candidate that I present for a job interview, if he/she is hired at any point, am I protected forever?

No, I have had many clients tell me that they feel it is better to be very vague when it comes to their terms, but they feel it will cover them because they then can argue that it really meant this or it meant that. I can tell you after 20 years of collecting staffing and recruiting invoices, nothing could be further from the truth. If you are the one who draws up the agreement, it needs to be very specific; if it not, and the account goes to court, the judge will rule against you just about every time. It's like in baseball: a tie goes to the runner. What I do recommend is that you put in the contract that you are protected for 12 months from the LAST presentation of your candidate. In that way, if you talk to the hiring company six months later about the same candidate, then the clock is reset for another 12 months.

3. Are my e-mail trails as good as a signed contract?

4. Can I put in my contract that if the debtor does not sign, it automatically means the terms and conditions are accepted?

This is a resounding no. I have had many recruiters want to argue that their contract is enforceable because it says if he/she does not sign the agreement, it means the terms are accepted. Let me say first that if there is an e-mail trail, we can argue that their actions showed acceptance of the contract. But the mere fact that they received the contract does not show they agree. At the very best, you have an e-mail and an unsigned contract.

If you would like a free copy of my recommended safeguards to put in your next engagement letter, please email me at wilson@aercollections.com and put free safeguard in the subject line. If you have a collection that you wish to discuss, call me at 800-452-5287 Ext 6578.

Wilson Cole is President of Adams, Evens, & Ross - a Commercial Collection Agency Exclusively for the Staffing and Recruiting Industry. Wilson can be contacted at 800-452-5287 Ext 6578 or you may email him at wilson@aercollections.com