I thought this was a great show - but the animals who listened in didn't agree. 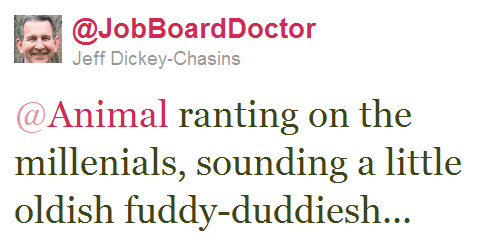 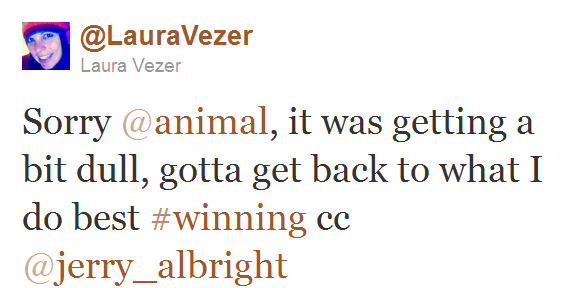 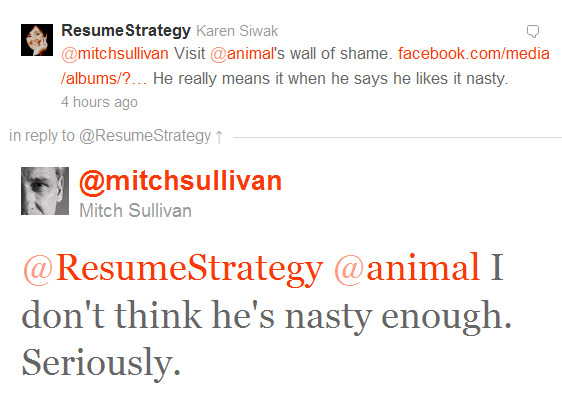 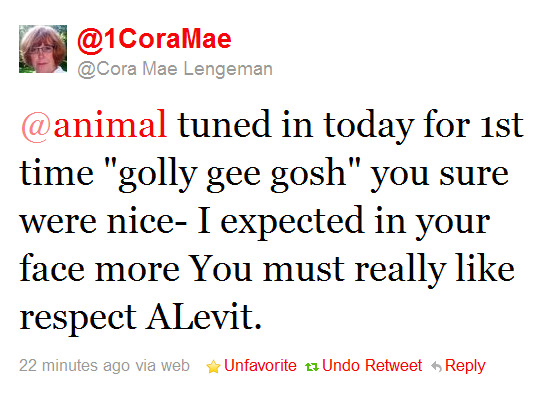 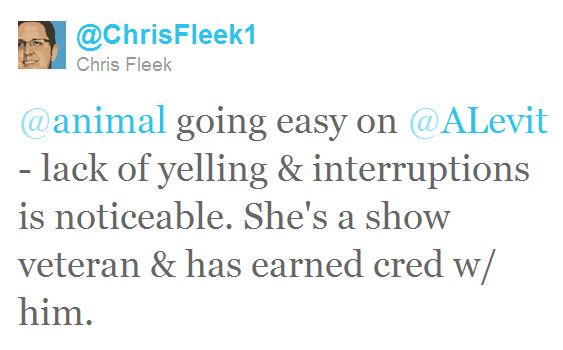 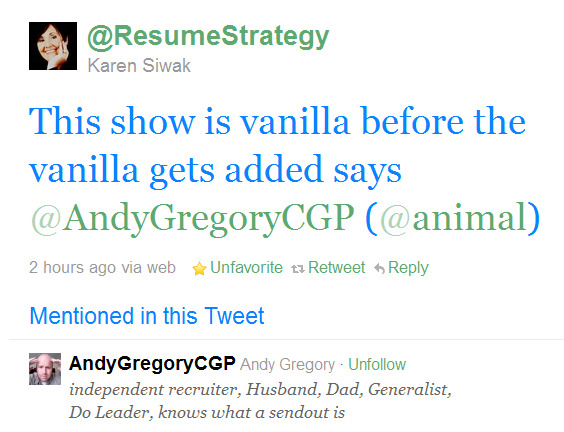 Comment by Recruiting Animal on October 5, 2011 at 6:19pm
Billy, there's a volume control. You can turn the sound down

Comment by Tim Spagnola on October 5, 2011 at 7:37pm
I thought the Astringer/Jerry banter on Miami was worth the price alone. That being said I enjoyed today's show. It was all rather straight forward, but nice to break up the topics from time to time. Yet I will still never get over the beating Cheap Trick took today.

My running tweets during the Recruiting Animal Show were:

"Alex warns of alligators in the water...which is good to know or at least be aware (beware) of...Duh"

"The workplace can be a petty place based on "politics". One would think performance rules."

"When outstanding performance RULES...you're in a great workplace. Otherwise, watch your ass."

"Saying you're not ready or interested" in a next-up promotion is the kiss of death in biz."

"I crow about what I have done, can do, will do...and crickets. Still, (I say) Toot your own HORN!" (If you have something worth tooting about)

“All that we are is the result of what we have thought. The mind is everything. What we think we become.” – Buddha#Quote

"Alex wasn't pushing PC. She was suggesting be "politically smart". Until you know the score don't try to dunk."

"@animal I think they are confusing PC with PSmarts."

While beauty may be in the eye of the beholder--beholding the political terrain incorrectly can have major consequences.  Alex describes it as a “blind spot”—I, on the other hand, super-size-it, because I’ve been exposed to work and play environments (some extreme) that run from playground basic to prison yard unforgiving…with a little wartime military seasoning thrown in.  Therefore, I prefer the term I tweeted this morning…be wary of the “alligators in the water”.

As I tweeted earlier—Alex wasn’t pushing "political correctness" (PC).  Rather, she was suggesting be politically smart in any work environment until you know the score--the lay of the land and the players--because there is such a thing as the law of the jungle. 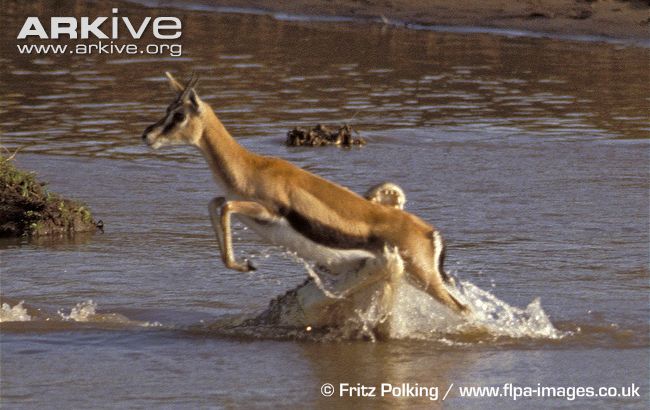