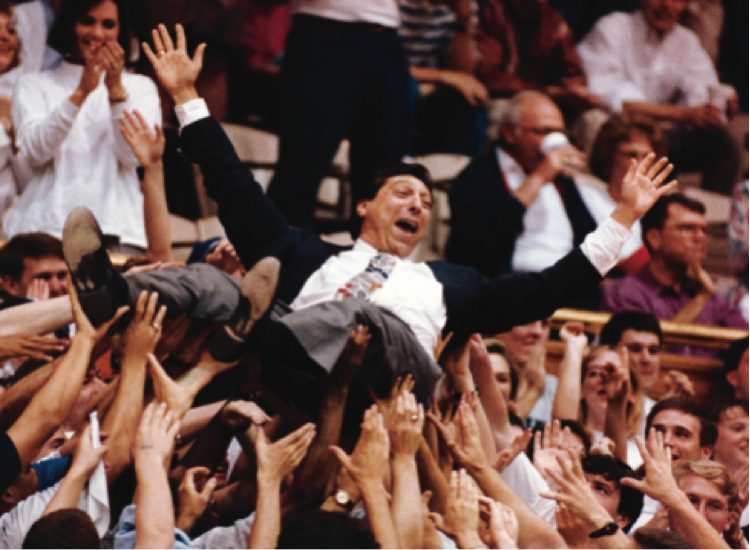 Well, it’s that time a year again, when business productivity slows to a crawl as “strategy sessions” are temporarily replaced by “bracket sessions.” Yes, March Madness is in full swing as we head into Sweet 16 weekend, and brackets have already been blown up nationwide. Once again, the Oracle of Omaha gets to hang on to his $1 billion (although he may be crying into his $1 million bills about that Creighton loss…). While some recent reports say that March Madness may not be quite the drain on productivity it’s made out to be, the Jibe office, like so many others around the nation, ground to a halt for 30 minutes to watch little-known Mercer topple mighty Duke last Friday. Then we got back to work.

Yes, the annual carnival of chaos that is the NCAA college basketball championship tournament has been heralded by many as America’s greatest – and most democratic – sporting event. Sure, the Super Bowl may get more Nielsen eyeballs, but nothing captivates the citizenry more than watching a “Cinderella” team unexpectedly make a run through the giants of college hoops in March. And once again, you may be asking yourself, “what in the name of John Wooden does this have to do with recruiting technology?” Plenty, actually.

For one, recruiting in college basketball is the absolute key to success. Scouring the landscape for the best basketball prospects at the high school level, and even down to middle school and junior high, is no easy task, much like trying to find the best talent for your organization. Sure, it’s easy to identify the absolute top performers because they get all the press, but often times the players that end up excelling at the college level are the ones less heralded coming out of high school. University recruiting teams take all sorts of variables into account when looking to lure players to their program, not just what’s on the stat sheet. They look at potential and maturity and cultural fit to find that “diamond in the rough” of a player that may take their team to the next level.

Finding this hidden talent is no easy task. The big-name, storied programs have an advantage due to their established brands and deep pockets, much like the Googles and Apples of the corporate world. But smaller programs such as Wichita St. work hard to develop a unique and attractive “program brand”, similar to an employment brand in the corporate arena. And in the case of schools like Wichita St. or VCU or Butler, they’re able to sell the advantages of their program to recruits and thereby transform themselves into basketball juggernauts that compete annually with the likes of established powerhouses like Syracuse, Kentucky and UCLA. Somehow, this “employment brand” has been working for Wichita St.

Of course, there are never any guarantees in recruiting, whether you’re talking about corporate America or college basketball America. The best statistical analysis in the world, a strong employment brand, a crack recruiting team and a host of other resources may help identify the very best players, but once they’re on board they don’t always live up to the promise they show on paper. Recruiting and acquiring talent in the corporate world is no different. You never really know what you’re going to get until the talent you recruit shows up on the court or in the office.

The same goes for the annual selection of teams that make the NCAA tournament every year. On paper, the best team in the country this year was Wichita St., which rolled through the regular season without losing a game. And yet, their season ended unceremoniously when they were knocked out in the 2nd round last weekend. Again, there are never any guarantees.

But how are these teams selected? Well, much like a company’s talent acquisition team, the NCAA has a “selection committee.” Unlike a corporate recruiting team however, they only have to pore over the “resumes” of 350 or so Division 1 college basketball teams to come up with the 68 that make the tournament. And of those, at least 200 can be tossed immediately based on well-documented, poor performance through the season. A corporate recruiter would probably kill to have their talent pool narrowed down to 150 quality candidates to fill 68 positions.

And yet still, every year there’s a team or two who barely sneak into the tournament that suddenly excels and takes the college basketball world by storm. This year, the University of Dayton managed to get into the tournament by the skin of its Flyer teeth. They finished sixth in the Atlantic 10 conference and we’re squarely on the bubble before being selected as one of the last team’s in the field. Duke coach Mike Krzyzewski slammed the selection committee for sending six teams from the Atlantic 10, claiming that his conference, the ACC, should have received more bids. So what happened? Dayton upset Ohio St. in the first round, then beat #2 Kansas to reach the Sweet 16. Duke? They lost to tiny Mercer in the first round and we’re sent packing. And now, the Atlantic 10 and the ACC have the same number of teams remaining in the tournament: One. 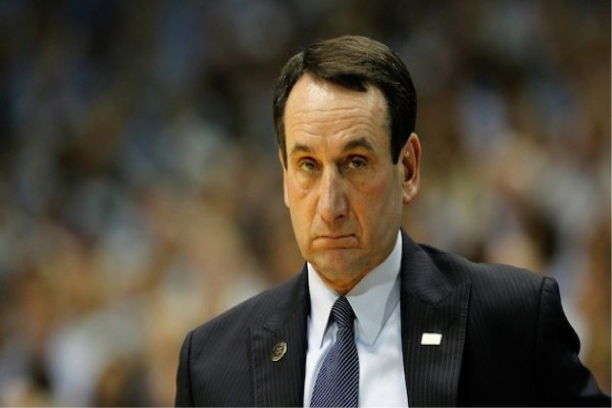 Coach K: Not who you want on your talent acquisition team or selection committee.

Just as it is in college basketball, all this uncertainty is part and parcel to corporate recruiting, and it will never go away entirely. That said, the rise of advanced analytics and candidate sourcing technologies have greatly increased an organization’s ability to optimize their hiring process in order to find and attract the best talent. So while there are still never any guarantees that a candidate as viable on paper as Duke won’t flame out immediately once the come on board, the development and adoption of new recruiting technologies have greatly contributed to reducing some of the risk in hiring.

Oh, and one thing that remains true, both in the job search and college basketball: Never lie on your resume. Am I right, Steve Masiello?