Recruitment Consultant Training The 2 Skills You Must Teach Your Recruiters 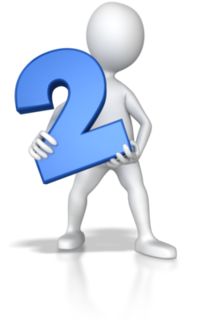 Recruitment Training Consultant and team building should be a key deliverable for any recruitment company owner. The challenge is often time and what training course or method will bring the biggest reward.

The current business environment is changing and so too is the way that recruiters need to work in orders to hit their billings and grow their own candidate and client base. The hardnosed recruiter of yester year may be initially successful, however current experience says that a softer and more customer service approach brings greater long term rewards.

If this is the way forward when it comes to training recruitment consultants what should the areas of focus be? Advanced Communication Skills

Maybe a much used term and still appropriate to best explain the tools and techniques that top flight recruiters use.

Any profitable relationship starts with one person communicating with another and then making an offer. Pretty simple, so let’s look at an example everyone can relate to.  John and Brian meet and they have a conversation and communicate with one another. They get on ok and then John suggests they go for a beer. The first stage of connecting. This is exactly what happens in business.
especially so in recruitment where getting along with people and constantly being in communication and connection is the lifeblood of hitting billings.
The point here is that something, known as rapport is taking place. Rapport is that unconscious connection we have with someone. It might be that we went to the same school, work in the same industry, like the same team. The real skill when you are training recruiters is to help them develop the skill of building rapport fast. The truth is we can’t all go to the same school or support the same team. So how do we do build and create rapport, particularly if we don’t instantly connect with someone. There are many ways to do this.

The field of Neurolingustic programming gives many clues. Neurolingustic programming is fundamentally the study of excellence. Over thirty years ago a few guys got together and studied what made people excel at what they did. For your information they were called Bandler and Grinder. They studied and researched rapport at length and what successful people did to create it. The core elements were around body language, voice tone and language. Simple maybe and yet incredibly powerful. They discovered that if you match the behaviours of people that you communicate with rapport can be built with virtually anyone. Do you train your recruiters in this skill? If not, it is time and money well invested.

2.Seek First To Understand -The Power of Questions 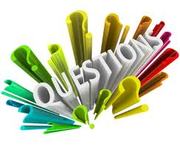 So you have trained your recruiters to build rapport now what? The next step is asking questions. The classic statement that we have two ears and one mouth and we need to use them in that context has validity here. In the new business economy new clients and candidates come on board through engagement. The key first step to engaging with someone is to ask questions about them and what is important to them.

For instance train your recruitment consultants to ask their clients specifically what they want in the next person they recruit. Get them to suspend their own agenda about Fred or Freda who they want to put forward. Instead focus on how best to give the client what they want. At first they might miss out on the occasional billing however longer term they will have a happy client that puts all their vacancies your recruiters way.