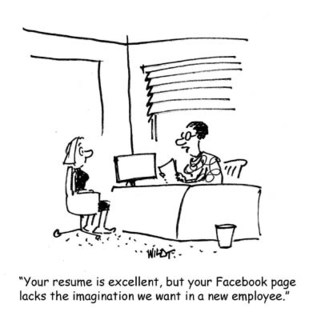 For ten years I have been ranting about the inefficiency of the resume and how ridiculous it was that a marketing and sales document had become a de facto credit report type document that corporations used to "screen out" people based on the way they did their career selling. Pity the person who was overlooked with poor career sales skills who could have been a potential “Game Changing” talent. I mean hey, marketing is not your strong suit, but boy can you whip up a great batch of Lipitor – too bad! With your lousy resume - no Lipitor for you - regardless of how many lives you could have saved...and on and on and on.

What is truly amazing when you stop to think about it is how successful corporate America has been despite relying on the resume. This career menace, I am certain is the key cause for the 30% average annual voluntary turnover our economy has come to expect. O.K. - in the last two years with the Great Recession those percentages are down significantly as people have decided to stay even in bad situations as a paycheck was more important than job satisfaction. Unfortunately, people in the wrong job due to poor resumes or misguided hiring due to resumes that don’t match true skills are getting overly frustrated. Throw fuel on the fire with layoffs, furloughs, canceled bonuses, training, and 401K matches, etc. – and you have a tinder box ready to explode. Once the economy starts to heat up and it becomes safer to leave - all that pent up frustration of being in the wrong job will unleash a torrent of turnover the US economy has never seen – some studies indicate up to 70% is possible... (but that's a story for another blog...).

So why now - why am I reading the last rights to the resume? It’s happening all around us and the Internet can ultimately be praised for the resume’s demise - just like that fat Sunday Newspaper Help Wanted section! It took a while, but I predicted ten years ago that once Internet marketing became easy enough for the average worker to master that there would be a rebellion against its use. Unfortunately, I didn't foresee the advent of Social Media Marketing as the vehicle – if so, I'd have the loot to fund dozens of Green start ups – if only I had been that smart!

With numerous new web platforms making it easier and easier to demonstrate each individual’s passions, 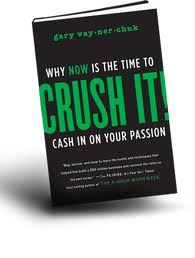 capabilities and attitudes - all three things that a resume does poorly - the ability to understand if a person fits into a company role is infinitely enhanced. Add to that rich text, photos, videos and assessment tools that help tell the true story of a person and resumes quickly seem obsolete. In two books published last year, one by Gary Vaynerchuk called, “Crush It,” and one by Chris Brogan titled, “Trust Agents,” both authors make the case that the social web will send the resume to the dustbin with VHS Tapes. It just so happens that both of these guys are two of the biggest thought leaders on the subject on the planet (if you doubt this just Google them).

Gary Vaynerchuk pulls no punches when it comes to the resume,

“Is [your resume] a pdf of a tidy list of where you’ve worked and for how long, with a couple of strategic bullet points highlighting what you did in each job? Yeah? You’re toast. Keep your pdf so that the HR department has something for their files, but otherwise traditional résumés are going to be irrelevant, and soon. Even if they’re not yet, that résumé you’re so proud of looks exactly like the ones being waved around by the other three hundred analysts in your city currently hunting for jobs. Developing your personal brand is the same thing as living and breathing your résumé every second that you’re working. Your latest tweet and comment on Facebook and most recent blog post? That’s your résumé now.”

Chris Brogan from “Trust Agents” doesn't have too many resume "positives" either,

“We know that you hate your resume; hey, we hate resumes, too. They don’t really represent us. They diminish our skills and demean the complexity of our experiences. For almost every job that we’ve held in the past three years, neither of us has had to present a resume, ever. We want you to get the job you want without a resume… the Web is such a powerful resource for leveraging contacts and presenting our strengths that a curriculum vitae (CV) becomes irrelevant. It’s not so much that you won’t need one, but that you’ll never be asked for a CV because your reputation will precede you. Instead, you’ll just get hired.”

We now have the means to understand what a great fit is, and for anyone interested in making the Career Investment, what a great career path to take. It’s a whole new ballgame.

The biggest change now and in the future will be the move to Talent Communities totake advantage of the "Professional Brands" that people create as Vaynerchuk and Brogan speak of in their books. A communication sharing and interactive Talent Comunity can peel the layers of mystery away by building a vastly superior understanding of a company's employment culture and the knowledge of what makes a member of that company's Talent Community tick. Members continue to add to their Professional Brand and make it accessible to Talent Community management while networking with them to see what they’re all about. By the time a company wants to interview someone for a new hire, they know the person well and probably would have had them on a new hire "short list" for weeks - they certainly wouldn't need a resume to learn about them at that point...

Of course, the resume won't disappear entirely - I mean, how many companies still conduct reference checks - couldn't be a more useless waste of energy as that...

Still and all, the power the resume has wielded for decades is over...rest in peace....

Comment by Alasdair Murray on August 12, 2010 at 4:01am
I don't think the curriculum vitae is going anywhere. it remains the quickest, easiest way to compare like for like in terms of literacy, presentation, communication and to an extent, sales skills. Based on that initial screen you can then call people in and engage with them face to face. Hey, you can even give them some kind of assessment tests if you like. Who knew? And what's the alternative being put up for discussion? Stalk the corridors of the social networking world for a few weeks when perhaps only 10% of its population (and the entire social networking population is only a proportion of an overall country's population so what about the potential candidates who don't use Twitter et al?) are on there for job seeking reasons? No thanks.