Should You Ever Refer To An Employees Resume at a Performance Review? 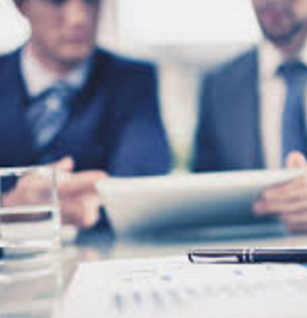 Have you ever found yourself in a scenario where you’ve had reason to question the truth of an employees resume? Perhaps you’ve been suspicious of misrepresentation or extremist views during the recruitment process that have now surfaced in the workplace. Has this left you yearning to raise the subject, particularly in light of an upcoming performance review?

In reality, it won’t be particularly beneficial to pinpoint your suspicions nor will it be easy to prove the perceived misrepresentation. For these reasons, it’s critical to think long and hard before doing so because these accusations have serious repercussions.

The Deceit of Lies

Forbes estimates that over 40% of all resumes contain lies of one form or another while the CPSA states that 78% of resumes are intentionally misleading. People lie to get ahead and fail to have the foresight to realize that by doing so they could ultimately end up disadvantaged. If discovered, they risk their job, financial income as well as their reputation. Some of the most common lies on resumes are bogus college degrees, falsification of study results, aspects that reveal the age of candidates and embellishment of experience or accomplishments.

Resumes aren’t intended to be exhaustive by any means, selecting the correct responsibilities, say with a resume builder, keep most candidate's resumes concise. They certainly don’t need to contain information about every aspect of a candidates career, but do play the role of a marketing tool. The employer must satisfy themselves at the time of recruitment that information presented is true and request additional information in the case that supporting evidence appears to be missing.

Rather than addressing the lie you feel may have occurred on a resume, it’s important is to start managing this employee immediately. It’s certainly not necessary to wait until a formal performance review period to hold the discussion, especially if that scheduled meeting is still a while away. Address the issues with the employee in a performance related discussion, and manage them the way you would any ill-performing employee. This is a performance discussion that can take place at any time of the year.

Firing someone for lying on their resume is a highly complicated path, but commencing performance management discussions are something that as a HR Manager, you would undertake on a regular basis. Firing for lying on a resume isn’t the easy way out. It’s far better to arm yourself with facts relating to current poor performance, rather than historical lies that may or may not have occurred on a resume. After-all, what’s to say an employees performance simply hasn’t deteriorated over the years and the initial statement on the resume was actually correct?

Explain to the employee in no uncertain terms the things that need to change in order to satisfy the requirements of their job. Also explain the repercussions for failing to improve. Provide them with a reasonable time-frame for improvement and reassess their performance at the end of this agreed period. Meet with them again and continue the performance management discussions as you would with any employee, rather than specifically waiting to raise the discussion during a scheduled performance review.