By Dave Mendoza, Muckraker at large

SixDegrees Continues it's Commitment to exposing its research: how political hacks, special interests created this Financial Crisis. No greater relevancy to the Staffing Industry exists.

Thank This Man for Destroying the American Auto Industry: Meet Ron Gettlefinger - UAW President. Yesterday the UAW refused to compromise on Bail-out negotiations to agree by the end of next year to wage cuts to bring their pay into line with Japanese car makers. The UAW refused to do so before its current contract with the automakers expires in 2011.

First it was Government forcing a quota system which influenced lending institutions to lend easy money to high risk groups to avoid being accused of red-lining communities. Then the Federal government removed the separation between commercial and private loans and created a securities market off of home mortgages that inevitably got bundled into junk debt. Then we had Senate/House Finance and Banking committee chairmen who avoided their regulatory oversight and defended Fannie Mae and Freddie Mac and through their "Everything is Fine" press releases influenced stock holders to maintain their investments that would catapult them into portfolio ruin. Freddie Mac and Fannie Mae, then the banking system gets bailed out on the logic that they are a public utility system upon which the economy depends ... the handouts start, one after another, ... with little easing of the credit markets to show for the first 700 billion dollars. Now each and every industry argues before a Congressional committee why it deserves a bail out. All the while Capital firms freeze up, start ups wane, and Silicon Valley lays off thousands or freezes reqs to force attrition.

At the end of the day, it means thousands of recruiters being laid off. Recruiters become the perceived luxury item in a world gone mad when all the while government intervention throws good money after bad policy. But there are reasons and they should be understood. At no time have so any special interests collaborated to create the perfect storm and under government fiat to proceed with such ill advised policy. Today, we focus on how the powerful United Auto Workers (UAW) collaborated with its political allies to undermine one of the last great industries of American manufacturing. This is a story about what happens when government and its policies attempt to guarantee outcomes. Unfortunately, it isn't a fairy tale.


TRIVIA TIDBIT: Did you know Toyota and GM sold roughly equal number of cars last year and GM went billions into debt while Toyota had a record year? ("GM versus Toyota: Someone is Doing Something Wrong")

"We cannot continue to pay $65 an hour for someone to cut the grass... 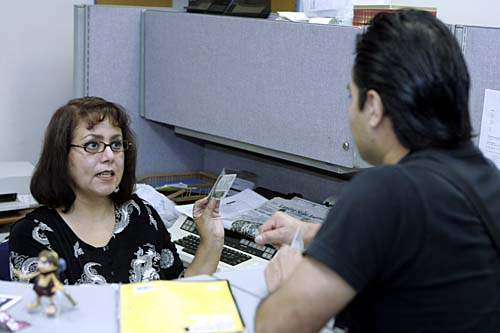 WAYNE -- Ken Pool is making good money. On weekdays, he shows up at 7 a.m. at Ford Motor Co.'s Michigan Truck Plant in Wayne, signs in, and then starts working -- on a crossword puzzle. Pool hates the monotony, but the pay is good: more than $31 an hour, plus benefits.

"We just go in and play crossword puzzles, watch videos that someone brings in or read the newspaper," he says. "Otherwise, I've just sat."

Pool is one of more than 12,000 American autoworkers who, instead of installing windshields or bending sheet metal, spend their days counting the hours in a jobs bank set up by Detroit automakers and Delphi Corp. as part of an extraordinary job security agreement with the United Auto Workers union.

The jobs bank programs were the price the industry paid in the 1980s to win UAW support for controversial efforts to boost productivity through increased automation and more flexible manufacturing.

As part of its restructuring under bankruptcy, Delphi is actively pressing the union to give up the program.

With Wall Street wondering how automakers can afford to pay thousands of workers to do nothing as their market share withers, the union is likely to hear a similar message from the Big Three when their contracts with the UAW expire in 2007 -- if not sooner.


"It's an albatross around their necks," said Steven Szakaly, an economist with the Center for Automotive Research in Ann Arbor. "It's a huge number of workers doing nothing. That has a very large effect on their future earnings outlook."

General Motors Corp. has roughly 5,000 workers in its jobs bank. Delphi has about 4,000 in its version of the same program. Some 2,100 workers are in DaimlerChrysler AG's Chrysler Group's job security program. Ford had 1,275 in its jobs bank as of Sept. 25. The pending closure of Ford's assembly plant in Loraine, Ohio, could add significantly to that total. Those numbers could swell in coming years as GM and Ford prepare to close more plants.

Detroit automakers declined to discuss the programs in detail or say exactly how much they are spending, but the four-year labor contracts they signed with the UAW in 2003 established contribution caps that give a good idea of the size of the expense.

The jobs bank was established during 1984 labor contract talks between the UAW and the Big Three. The union, still reeling from the loss of 500,000 jobs during the recession of the late 1970s and early 1980s, was determined to protect those who were left. Detroit automakers were eager to win union support to boost productivity through increased automation and more production flexibility.

The result was a plan to guarantee pay and benefits for union members whose jobs fell victim to technological progress or plant restructurings. In most cases, workers end up in the jobs bank only after they have exhausted their government unemployment benefits, which are also supplemented by the companies through a related program. Workers go directly into the program and the benefits can last until they are eligible to retire or return to the factory floor.

By making it so expensive to keep paying idled workers, the UAW thought Detroit automakers would avoid layoffs. By discouraging layoffs, the union thought it could prevent outsourcing.

That strategy has worked but at the expense of the domestic auto industry's long-term viability.

American automakers have produced cars and trucks even when there is little market demand for them, forcing manufacturers to offer big rebates and discounts.

"Sometimes they just push product on us," said Bill Holden Jr., general manager of Holden Dodge Inc. in Dover, Del., who said this does not go over well with the dealers. "But they've got these contracts with the union."

In Detroit's battle against Asian and European competitors that are unencumbered by such labor costs, the job banks have become a major competitive disadvantage.


Analysts say the jobs bank could be a bigger issue than health care in the 2007 contract negotiations, particularly at Ford. It has a younger work force than GM, meaning any workers Ford sends to the bench are likely to stay there for a while.

"Ford is under pressure from investors to cut costs," said Roland Zullo, a research scientist at the University of Michigan's Institute of Labor and Industrial Relations. "At the same time, the unions are going to be under pressure to protect jobs."

But does the jobs bank make any sense in a climate of shrinking profits and declining market share?

Most say they have no interest in retiring -- or spending the rest of their careers doing crossword puzzles.

Classes are available, the workers said. They have been invited to take courses on bicycle repair, home wiring and poker. Silk-flower arranging is also available. READ MORE ABOUT HOW THE UAW & AUTO INDUSTRY ARE MAKING TAX PAYE...

Comment by Jerry Albright on December 12, 2008 at 11:26am
Thanks for putting all these facts together in one place Dave! Very informative.

See ya in the soup line brother!