Tech news you may have missed: CES, Instagram, Tom Hanks, the Olympics and Coffee Makers to take your breath away!

What a way to start off the New Year!

Affectionately dubbed "Leak Week," the last week has unveiled tons of information before the show, much of which focuses on the latest in televisions. With so many new tools and so much to follow, I will not focus on CES today, but instead take a look at some interesting stories that may have been overshadowed.

Could it be that the one complaint Instagram users have may be overcome in 2012?
Instagram photos are small (low resolution) and while the app can be addictive, many users drop off because they are unable to "use" the art they create through Instagram. This new development allows users to post full-sized photos and provides a link to the full sized photo in Instagram.

Next I wonder if we'll see Keepsyand other sites that use Instagram using the full-sized photos.

2. Social Media is restricted by Olympic volunteers, although it looks like the rules are already broken.
Source: BBC and Facebook Gamers page 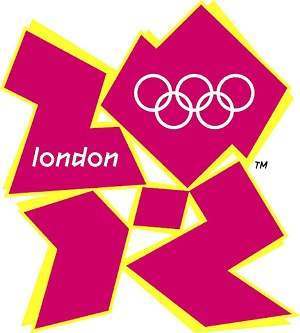 London Olympic volunteers, called "Gamers" have been given a manifesto laying out what they can and cannot talk about on social media. The directions include:

Of course, the rules are meant to keep the volunteers, among others, safe, but it looks like the rules have already been broken on Facebook. The Gamers have their own Facebook page on which they discussed the rules, therefore breaking a few - by having a detailed discussion.

How are the authorities going to keep a handle on these kind of leaks?

3. Tom Hanks is bringing his show to Yahoo
Source: Yahoo and Mashable

I know I said I wasn't going to talk about it, but Tom Hanks is making his own unveiling at CES. The Oscar winner will be bringing an interactive animated scripted program to Yahoo. He'll be unveiling the show at CES today, but Yahoo says viewers will get to interact with the cast and a 3D map, play casual games, watch behind-the-scenes clips, discover back-stories, join discussions and post commentary on their social networks.

If anyone can bring a TV series to Yahoo, it's Tom Hanks. What do you think?

The CNET preview of CES (there I go again mentioning it!) talked about how most new gadgets continue to be small, flat-ish, boxes, usually with black screens and that the only excitement was what went on them. It seems like all phones, TVs, tablets and computers are starting to look the same. So, when I saw this post from Mashable about beautiful industrial design, I was excited... and if anything can be exciting when connected with the word industrial, then you know it must be worth a glance!

Amongst the beautiful things, an iPhone controlled coffee maker that can make 4 cups in one minute. Who doesn't need 4 cups of coffee in one minute? Well, it would be pretty to look at! Hopefully we'll see something this sleek and different in phones, tablets or computers this year.

Tune in every week for more blogs like this. Our blog topics include hiring trends (especially in IT), corporate culture and tech news, reviews and opinions.