Tech Tuesdays: News you may have missed.

The coolest thing I saw this week

The Fort Lauderdale Winterfest Boat Parade is usually a standard affair: big boats with great lighting parading down the Intracoastal Waterway, people lined up on shore to wave, admire and imbibe. Every now and then something unusual will come along, like a kayaker decorated with rope lighting or a paddle boarder with twinkling angel wings, but nothing compared to the show stopper last Saturday night.

A jet propelled flying man hovered above the water, and then flew over to the crowds before diving into the water. It was like the child of Iron Man and a dolphin. Truly incredible. There was not one man (and probably most women) that were not wishing that they had this toy. The speculation was that it cost $19,000, but after a little research, it turns out to be a much more affordable (at least for some!) $6,600.

Robert Noyce, the Mayor of Silicon Valley, has been honored with a Google Doodle on what would have been his 84th birthday. Noyce, the co-founder and Intel and inventor of the microchip was described by the LA Times as a "modern-day Thomas Edison." Beyond his brilliance, that brought about his nickname, "Rapid Robert," Noyce was an exciting individual. As a child he created a flying machine which he first tried to put to good use by jumping off a barn, then drag behind a neighbor's car. He hit the ground, but not before reaching 12 feet into the sky. While attending Grinnell College, he stole fireworks, tipped outhouses and even stole a pig for a luau, which caused him one semester suspension. At some point, he put his brilliant mind to good use though, entering MIT for his doctoral and going on to change our world forever. 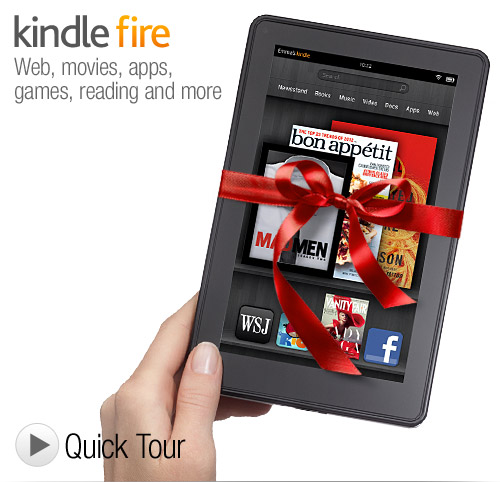 New York Times' David Streitfeld criticizes the Kindle Fire, going as far as to quote an expert that the popular gadget will fail if the second installment (possibly unrolling in the spring) does not fix all of the many complaints against this first edition. Amazon, in its defense, has promised customers to fix some of the outstanding issues - lack of privacy settings and poor touch screen are two - in an update expected soon. No doubt the larger issues - no external volume control, poor on/off switch, slow loading web - will be fixed for the Kindle Fire 2, which may or may not be named Kindle Ice. I agree that the Kindle Fire has its issues, but, while Amazon won't release figures, it states that the Kindle Fire has been its most successful product launch ever.

Tune in every week for more blogs like this. Our blog topics include hiring trends (especially in IT), corporate culture and tech news, reviews and opinions.