(please note that everything below this point->.<- is not intended to injure, insult, maim or otherwise impair someone's judgment of right or wrong in the world of Social Media) 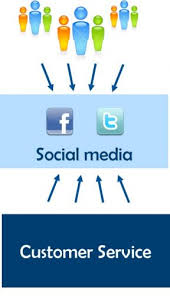 Why be just good at what you do; When you know deep inside you are meant to be Great

—unknown—(but I think it was me)

I have spent a lot of time over the past few weeks, sitting on the sidelines, watching the SoMe® world move steadily on as I concentrated on the tasks of the day; plus others such as community work and school. This gave me time to recollect, and ask if my opinion is still right ( or valid: See “The Cost of (Personal) Social Media Accounts”) You know what: I’m here to say that I am still the ruler of both “My Mind” and “The Manor of Thinking”. Yep, I realized that even though I don’t need to be right every time (after all, I am “Journeyman”® educated) I do need to stand up when I see something wrong…or the instance that a strange odor (perfume?) invades my space.

That being said—NEVER ever use your social accounts to badmouth anyone at anytime, because once it goes out in print, it’s automatically FACT; and categorically cannot be taken back, edited, returned, oops’d, or given any other excuse you can think of for bad judgment.

Speak softly and make your words short and sweet as you never know when you may be asked to eat them—Jerry “The King” Lawler.

I come from the “Old School”; prior to computers and cell phones and internet and all the things we take for granted now. Way back to a time when a pad of paper, a sharp pencil and a telephone on your desk were the tools needed to manage any operation. Those items and a team of personnel to carry out your instructions, to the letter, with no excuse. If there was a disagreement, men were men and took it up in the office, settled their differences and went back to work. Even at that time, there was always “rumor” “innuendo” “doublespeak” “bad decisions” and “terrible thoughts”; and more time than not, a reputation or two would needlessly be shredded over improper dialogue or not having all the facts. *There’s that ‘F’ word again* Sure there was always the possibility of denial on the grounds that you don’t ‘recall’ the conversation; but 99.9% of the time- the truth ruled out and someone left the office.

Fast forward to the present. At this time we have a lot of luxuries in communication, and with those luxuries come certain responsibilities in a “Big Brother” manner of speaking. Any time anyone tells you that your information is safe and secure with them..Expect it on page 3 in a very, very short period of time. “Dirty linen”, “Right or Wrong” doesn’t matter, nor does the collateral damage (and boy, will there be damage). If you want something to stay a secret..guess what?.. DON’T TELL ANYONE!!!!! this keeps your secret safe 100% of the time—guaranteed with your money back.

Certainly there are slips in judgment, the same as there are four seasons to any year, but those slips usually happen when your brain is not engaged before your fingers, or you try to write a new blog after a “night with the boys”—neither of which can I use as an excuse…yet! Engage the brain, Think before acting; because now you are not dealing with a local audience of co-workers, but a worldwide audience, who may not know you now, but won’t forget the impact made at someone else's’ expense.

One of my first lessons in the sales trade was to be generous with others, especially co-workers and decision-makers, as they inevitably held your future in their hands and in their attitude towards you. That and to remember who you stepped on on the way up, because you can be guaranteed that you will see them again..on your way down.

That’s todays lesson…Class dismissed.. I am “The Sourcers’ Apprentice” and I have just left you with “Something to Think About” until next time...