The Day that Went Horribly Wrong 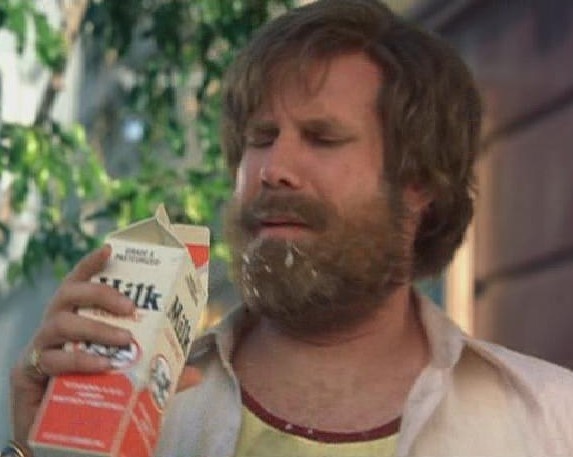 Last month I celebrated my first year as an independent recruiter with my agency.  I have been fortunate that I have had a great 1st year in business.  Never in my wildest imagination would I have achieved the success that I have in my first year of business.  I still have a hard time managing my emotions as it truly is a roller coaster ride.  There are some months that are great, other months that are not so great, and some months that just plain suck.  When I look back at it though, I have more than tripled my income and look to do more that this year.  I take loosing hard.  I never like losing any deals, but it just happens.  I have to remind myself that I don’t have to win every deal, but I am hard on myself.

I’m writing for a number of reasons. The first reason, is that is just good therapy.  I feel like I really need to blow off some steam.  Second, I hope to look back at this and learn from my mistakes.  Lastly, I hope others can relate and can chime in.  I really would like to hear your comments.

Since I recruit mostly senior level sales people, hiring is a long process.  I am always elephant hunting for the killer sales people with high base salaries and on target earnings.  I know that when I find someone that is interested, it typically takes a minimum of 45-60 days to close them.  There are multiple interviews with multiple decision makers and as you can imagine a lot happens in 45-60 days.  Last year, some of the candidates I was working with took 90-120 days to close.  The reason it took them longer to close, usually had to do with the company, not the candidate.

Last Thursday was what I am going to coin as “deal day”.  All of my hard work for the past 60 days was riding on what happened on Thursday.  It doesn’t usually happen that way, but for some reason all of my final interviews were happening on Thursday.  The candidates had all gone through the final stages and the boxes were just being checked.  I’m not going to speak about all of the deals that were going on, but I am going to speak about one in particular.

One of my deals was an account breaker.  I have been spending the past 4 months sourcing and interviewing candidates for this role and have had probably 10 candidates that have been interviewed or tested for the role.  The reason I didn't give up is because I had a great bill rate and it was well worth my time.  Not only do these candidates have to have the skills for the job, they have to take a timed TEST before they are even interviewed!  The test is very difficult and 50% of the candidates do not pass it.  They want “Smart” people and won’t consider people that aren’t able to think on their feet.

I found a candidate that was a former VP Sales that was interested and engaged in making a move for a new opportunity.  He had the right skill set.  He had the industry experience.  He was SMART!  He was willing to travel up to 100% of the time.  He ACED the test.   In short, he was a ringer.  He had gone through multiple interviews.  All he had to do was meet the CEO and VP of Sales  face-to- face. He had already spoken to the key decision makers in the organization including the VP Sales.

I should have seen the red flags.  The company wanted to fly in the candidate “red-eye” and would not consider having them in for an overnight stay.  They would not have dinner or drinks with the candidate either.  They were to meet him for an hour a piece and that is all they would commit to talking.  I picked him up at the airport early one morning and drove him to the interview.  He was well dressed and I felt confident he was the guy for the job.

When I dropped off the candidate, I confirmed that he was the only candidate in consideration at this time and was looking forward to picking him up in 4 hours (2 other interviews with HR & Director of Sales).  1 hour later I got a call from the candidate saying “I’m Done”.

If you could only imagine what was running through my head.  You’re done?  How could that be?  You have met the CEO, VP Sales, HR, and Director of Sales in 1 hour.  No way.  How is that even possible?  You were slated for 4 hours!  I then got an urgent e-mail saying “Will, I think you need to pick up your candidate”.  I tried calling HR and no one answered.  No one!  Just e-mail.  Is that the world we live in now?

I was disgusted.  I was disgusted by the whole process.  What went so horribly wrong?  How could a company treat a candidate that way?  Did they get bad references that I don’t know about?  Did he offend someone?  What was the issue?!

The HR manager finally called back a day later.  I asked “what happened” and she told me the VP had cancelled all of the interviews because he felt the candidate talked too much.  Nothing more, nothing less.  This candidate has a proven track record in sales and w2’s to back it up.

I hope your organization has more class than this organization.  I hope that even if you recognize the candidate flown in isn’t the right fit, you go through the interview process.  I hope they leave with a good experience.  People talk!  In today’s world there are sites like Glassdoor and Yelp.  These things should not happen.

If you are a manager, I hope you hear this story and cringe.  If you are a recruiter, what would you do to ensure this never happens again?

Let’s just say Thursday didn’t turn out the way it was supposed to turn out, but that is just how staffing works.  You win some and you lose some.

This account, however, lost me as someone who will staff them in the future.

You are absolutely right Aditya.  As an agency recruiter, that is why it is so important to have clients that you want to represent.  Anything I could have done differently?