The Hidden Job Market: How the Royal Wave Can Lead to a Job Offer 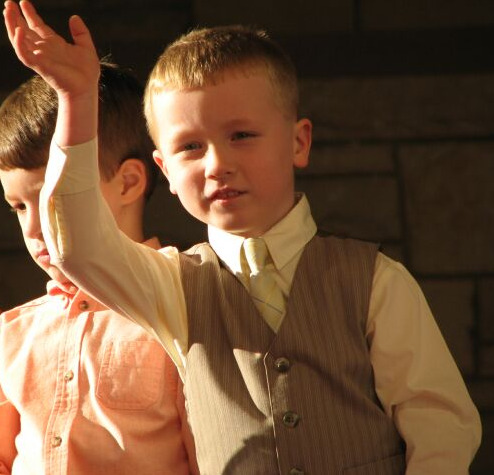 What is the royal wave and what does it have to do with job search? I’m glad you asked. The royal wave is loosely defined as:


“The type of the hand gesture that royalty gives when passing a crowd, normally from inside an expensive vehicle or on top of a horse drawn carriage. Similar to parade wave but with even less effort required, since everyone is already looking at royalty, there's no need to get their attention with large gestures. It is also used to summon someone.”


OK, so what does this have to do with job search? As you may have heard, only 3% of open jobs make it to the big job posting boards such as Monster, Careerbuilder and Yahoo/Hot Jobs. The jobs that do make it there attract 300 or more applicants. Therefore, if so few jobs make it to these boards and the competition is fierce, then there must be a better way.


INVESTING TIME IN NETWORKING
There is. It’s networking. One rule of thumb suggests that 75% of all jobs are filled through networking. And since the competition is not as voluminous and most jobs are filled this way, doesn’t it make sense that you should invest the bulk of your time networking and less time applying to jobs on the big job posting boards? The statistics are convincing.


DEFINITION OF NETWORKING
My definition of networking is:
“Creating new professional relationships that are mutually beneficial.”

Networking during a job search is definitely part art and part science. I plan to write a more detailed blog post about this in the future – for now, consider these points:


EXPANDING YOUR NETWORK TO TAP THE HIDDEN JOB MARKET
These face-to-face meetings give you an opportunity to explain:

.What you are interested in doing (your positioning statement)
.Why you are exploring new directions (your departure statement)
.To request additional networking names

Getting more names is the key to tapping into the hidden job market. It’s these names of the people who will refer you to others who have an opening but have not advertised it, who are considering hiring someone, or who have a job-related problem such as too much work or don’t have the right skills on their team. You can help solve these job-related problems by being hired! If you doggedly keep extending your network further, sooner or later you will tap this hidden job market.


THE ROYAL WAVE
Let me give you an example that happened to me recently. Through one of my first networking contacts, Mr. A, I was introduced to Mr. B. Mr. B suggested I expand my network by joining a local Human Resources professional organization, PHRPS.

At a PHRPS networking event, I met Mr. C. Mr. C seemed very well connected even though he was not an HR professional (hint: also network outside of your function/industry). A few weeks later I met Mr. C at a local cafe of his choice. I didn’t know it at the time, but this cafe is a routine meeting place for professionals in one of my target industries.

So, there I am on a Friday morning having a networking breakfast with Mr. C unknowingly surrounded by other business professionals in our industry. I talk through my positioning statement and departure statement, weaving my agenda items into the conversation while asking insightful questions about Mr. C’s background, business, interests and problems.

As we were talking, Mr. C whispers, “If you see my eyes darting, it’s because there is someone I want to introduce you to.” Hmmm. That’s when I realize that this restaurant is a common meeting place. Sure enough, Mr. C initiates the royal wave. He summons over Mr. D who slides into our booth. Mr. C introduces me and I restate to Mr. D my positioning and departure statements. Mr. D explains that he is looking to expand his business and thinks that I may be a good fit. Mr. D asks if I can come in to meet him and his colleagues!

A week later I am sitting in Mr. D’s office as he is introducing me to Mr. E and Mr. F. We are still in active discussions exploring ways I might be able to add value to their business – proof that networking really can tap the hidden job market!

So, go ahead, use these tips to push out of your comfort zone, establish new connections and maybe you will get the royal wave!


Remember, It Only Takes ONE.


About the author:
Matthew Levy is a well-rounded HR professional with fifteen years of broad experience in both specialist (e.g., recruiting) and generalist (e.g., HR business partner) roles at blue-chip companies, including Merck, Amgen and Johnson & Johnson.

You can see Matt’s bio by visiting his LinkedIn profile. He blogs at http://mlevy2222.wordpress.com/ and can be followed on Twitter at http://twitter.com/mlevy7. Matt would love to answer your career-related questions. You can reach him via email at mlevy2222@yahoo.com.