The Millennial… Coming to an office near you… 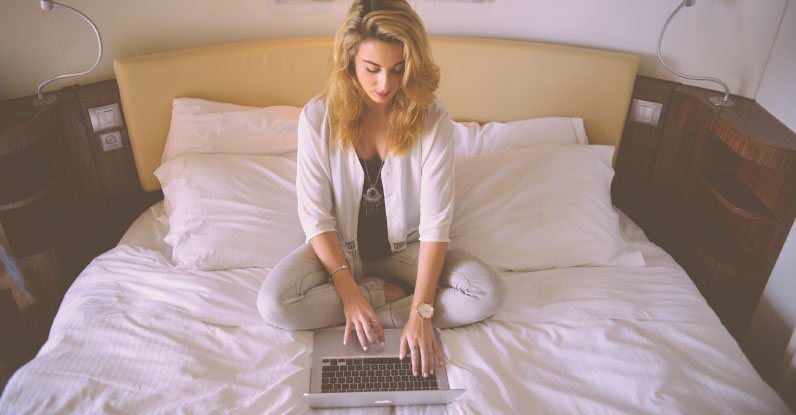 Phew, that was close.  Too close for words.  I was almost one of them.  You know the ones that according to a viral video sensation are:

Who are these monsters?  I need to know so I can avoid them - especially now I know I'm not actually one of them.

The Chinese call them Ken Lao Zu "The Generation That Eats The Old", whilst the Japanese go with Nagora-Zoku, "The People Who Are Always Doing Two Things At Once".  Sweden plump for "Generation Curling", while in Norway - "Generation Serious".  Here in the UK they are simply Generation Y and in the US, they are of course, the Millennials.

The widely accepted generic definition of a Millennial is someone born between the early 80's and late 90's who spent their young adulthood in the new millennium.  I was born in 1978 so definitely could never be regarded as one of these.  No siree, not even close!

What a load of nonsense!

To group a generation born across a 20 year period with these lazy, ageist stereotypes is so wide of the mark.  It's just a recycling of the ancient tradition of the older generation decrying the younger, mainly because they don't understand them.  Think of the reactions to rock 'n' roll in the 50's, flower power in the 60's and rave culture in the early 90's as previous evidence.

I'm glad that we've sorted that out - especially since over 50% of our team at Solutions Driven are Millennials.  We may have some bean-bags in the office but nobody has flounced off on strike because we don't have a fireman's pole between floors.

Ok, now that I've suggested that Millennials are of course still highly valuable members of the Homo genus, let's discuss in more detail.  I'll also give you some tips on how you can attract them to work for you.

Many have entered the workplace during the time of zero-hour contracts, sky high rents/deposits, crumbling pensions, growing retirement age and long-term austerity.  This is the first generation estimated to end up worse off than their parents.

Slaving away in a job that you don't really enjoy for the benefit of no-mortgage and a silver lined pension seemed worth it to earlier generations.  Without that, Millennials are putting much more focus on enjoying their job.  Can you blame them?  They are looking for an employer that reflects their personal values and offers a better work-life balance.  The intangible benefits become more important so make sure these are well designed and appropriate.

This is usually ascribed to a 'softer' upbringing with multiple 'trophies for participation' meaning they are not prepared to put in the long hours that we did in the Good Ole Days.

However, as part of the internet age 'present-eeism' doesn't make sense to people used to working on the move.  Why be anchored to your desk for eight hours when you can reply to those emails and start drafting notes during your commute into work, or even in a cafe?  That's not laziness, that's just working smarter.

It's true that Generation Y always have one eye on the next move.  After all, the are bombarded by opportunities on social media showing that amazing office with the fireman's pole after all.  According to a Deloitte survey, two of every three millennials hope to move on from their current employer by 2020.

However, young people moving on isn't exceptional to Generation Y.  Figures on job tenure from Americans in their 20's today are almost exactly the same as they were in the 1980's.  Job-hopping is a common feature of being a young worker and not specific to this particular crop.

Other studies have shown that how a Millennial experience their early career has a strong correlation to future attitudes.  There seems to be two camps.  Graduates who secured a good job with a progressive company tend to develop more 'stickability' and aim to progress within that business.  However, those who perhaps hop from internship to temp role in their first positions tend to develop a harder, more casual attitude towards their employer.

The message here is clear...

... provide attractive career propositions for your graduate / Gen Y hires and they will show you loyalty and commitment back.  Here at Solutions Driven we have certainly seen the benefit of doing this.  Jobs are becoming less secure overall so the latest generation are aware that they need to develop their skills and experience effectively to combat this.  Jobs aren't for life anymore!

Yes there are some differences between generations but these are mostly down to macro-environment changes.  The internet age, flexible working, austerity, zero-hours contracts, rising retirement ages - have all created significant changes in this generations approach to work.

With the right approach and attitude you too can benefit from the incredibly talented, and principled, Generation Y'ers out there looking for an employer that offers them the right mix of working environment, benefits and opportunities.

With the older generation voting for isolationism under Trump and Brexit, maybe it's not a bad thing that this generation is the one that "Eats the Old".

If you would like to find out more about the fantastic work our team does and how we could help you with all your recruitment needs, then please feel free to get in touch.