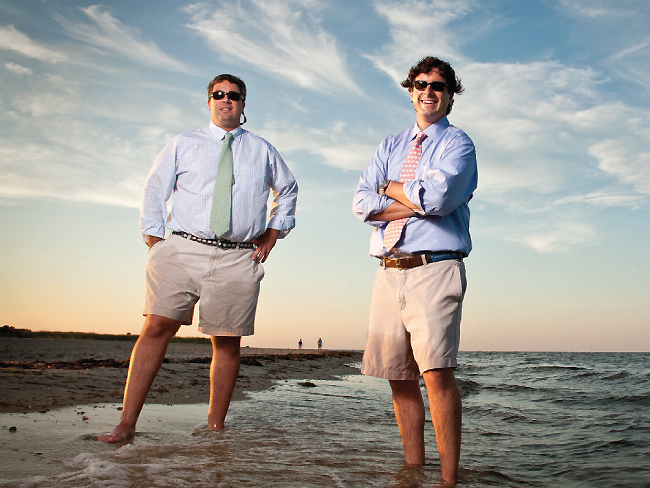 How can Vineyard Vines get away with charging $38 for a shirt with a whale on it, when there’s something on Amazon for half that price? And when there are countless shirts at Walmart for $6?

How can Tiffany’s charge twice the price for diamond rings that are the exact size and quality as their competitors? How can Whole Foods charge more than other grocery stores for similar products?

The reason, according to several recent reports published in the New York Times, is authenticity. And it is becoming more and more necessary in an experience-fueled economy where all the basic product sales are being chewed up Pacman-style by a few major players.

Companies have used authenticity for years as a marketing ploy to justify higher prices. But, in today’s world where a seemingly-endless amount of options are available within a few clicks, authenticity can’t just be for marketing anymore.

It has to be a critical component of all a company’s operations; chief among them recruiting.

The companies that sell products are the big guys: Walmart, Home Depot, most supermarket chains. People go to those stores to buy things they need because they know they can get them at lower prices than they can get them anywhere else.

And they are right. Any new company would be crazy to try to compete with one of those “big guys” on price, unless they had a tremendous amount of capital funding or some new, more efficient way to do what those guys do.

So what is left for everyone else? Experiences. Vineyard Vines isn’t selling T-shirts. They are selling the Martha’s Vineyard experience. Tiffany’s isn’t really selling diamonds; the more valuable piece is the branded blue box their diamonds come in.

The New York Times expanded on that study by finding that people today want that experience to be seen as “authentic.” For example, the Times cited one Texas-based vodka company that was able to increase sales by advertising the fact that its vodka’s recipe was created by its owner and that the vodka was still “made in small batches in an old-fashioned pot still.”

That company isn’t selling vodka, because if it just sold vodka, it would be bankrupt. It is selling an authentic experience.

What Does This Have To Do With Hiring?

Okay, so what does this all mean to recruiters? Here’s the rub: the thing about authenticity is it’s hard to fake. So if a company wants to advertise itself as being authentic – a critical aspect for any company in today’s competitive market – and wants to charge more based on that authenticity, the company better actually be authentic.

And that means hiring authentic people; i.e. people who are personifications of the brand or experience the company is trying to sell.

Here’s an example. Imagine you are trying to sell wickets, but you know that Walmart already has the market on low-end wickets, so you want to sell high-end wickets. You advertise your wickets as being ones your company slaved over making and of higher quality than those discount wickets you can get at your neighborhood Walmart.

Well, if someone walks into your store, they better feel that not only that the wickets are higher-quality than the Walmart wicket, but also that the people who work there really care about the wickets. The workers, for example, should know the difference between the styles of wickets, have particular wickets they really like and be able to answer just about any question about the wickets themselves and the problems that come with owning a wicket.

And the wickets really should be made by people who are – you guessed it – really passionate about making great wickets. Customers have more information and more choices than ever today, so if any of the above isn’t true, they’ll go elsewhere.

The point is, authenticity is essential, and as the term suggests, it can’t be an illusion. And if companies aren’t hiring people that are passionate about what they do and really believe in the product they are selling, there won’t be any authenticity to sell.