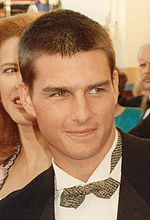 Jerry Bruckheimer, producer extraordinaire and the man behind the original Top Gun, is looking to make a sequel to the 1986 blockbuster. Of course, the movie will again revolve around the original film’s star, Tom Cruise.

So what will be the plot of Top Gun 2?

“The concept is, basically, are the pilots obsolete because of drones,” Bruckheimer recently told The Huffington Post. “Cruise is going to show them that they’re not obsolete. They’re here to stay.”

That’s certainly not a new concept, as movies like The Terminator and I, Robot and dozens of others have brushed on it before: will there, sometime in the near future, be a time when man will essentially be replaced by machine?

Maybe, someday, and some jobs already have been. But all this focus on technology has made something that should be blindly obvious less and less clear: it isn’t machines that make organizations, it is people.

So we look forward to the release of Top Gun 2. And we’ll be rooting for Tom.

Now, if only there was something that could help us find those right people…

Thanks, Paul. Finding great people is EASY. Getting them to listen to you about your crappy job with a has-been/ also-ran/wannabe company that has nothing else to offer except deluded marketing-hype is HARD.