Training My 73 Yr Old Boss How to Use Social Media

The social era sparked a new revolution in recruiting. Web 2.0 and the rapid advancement of "speak your mind" sent brick and mortar businesses scattering to keep up with technological advancements. In 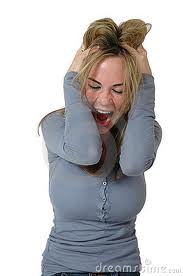 early 2007, I had the great fortune of introducing Kelly Services' professional group in Houston to LinkedIn. My enthusiastic approach was met with blank stares, and "this breaches our legal policy". Two years later, the social web overruled the decision of one of the largest staffing companies in the world, and today, has nearly forced professionals to have online profiles.

Even though it seems "everyone" uses the top three social platforms, LinkedIn, Twitter & Facebook, it is far from the truth. They might have a profile, but its use is different for each person. The recruiters in our offices come into the office everyday. Kane & Associates (plug) is managed by a 75 year old man named Bernie Kane. He is a champion of social media. He may not be quick, but he is smart. He see's how this technology will drive traffic to his website. We talked him into this video.... this was after about 25 takes, he was tired -- go easy on him, will ya?

He reads the demographics about how much of the population hangs out online and where the market trends continue to rise. And.... he still reads the paper...a paper, paper. Up until his recent discovery of Simply Hired and Indeed, he cut out Ad's for the weekly cold-call list.

Our office of seven recruiters, each with industry experience in their recruiting field, know more about technology. They know it takes time to write to an invisible, silent audience. This silence is painful. It's like that feeling you get after a bad voice mail. "Is it wasted?" They ask. And sometimes, so do I. As Jim writes his first post, anytime is a good time to get started. Greg caught the vision, too. And Randy, well he loves to share his opinion. Jason's blog day is Friday - excited about that one! Especially since our fearless leader,Bernie Kane, has been sharing his Thought of the Day on his blog for over a year now.

Time is of the essence, and the phone is still (and always will be) their most important tool. I get that, and I promise to never take it away from them.... until there's a bluetooth-enabled iPad-compatible headset with integrated VOIP.

Stay with me, the days get very interesting around here. Yesterday, I trained Bernie on the Seesmic Desktop App so he could Tweet to the office, publicly. .... taking the office conversation online, one step at the time.

Comment by Dayna Herndon on September 1, 2011 at 12:59pm
It's true! The younger generation has no idea of the importance of personal contact. Think of how hard it was for our predecessors to use the phone instead of pen & paper! Thanks for reading the blog! Funny things happen all the time in the office, I'll post more next week :).