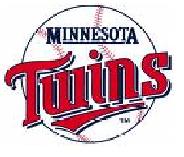 If you’re not from Minnesota or Michigan or not an avid baseball fan, you may not know that the Minnesota Twins won the division title from the Detroit Tigers last night. As a Minnesotan and a Twins fan, I’m pretty excited. The tie-breaker game the two teams played last night was one of the most exciting baseball games I’ve ever seen and it took 12 innings for the winner to be decided. But what’s incredible is what the Twins did to get there. The Tigers have led the division since May, and had a 7 game lead in September. The Twins were in 3rd place earlier in the season, lost Justin Morneau (one of their best players) to an injury, and seemed headed to a very disappointing season.
So what does that have to do with your job search?

The Twins were all but counted out. A little over a month ago they seemed to be losing more than they were winning and being 7 games behind seemed to be an insurmountable obstacle to overcome. Losing Justin Morneau seemed to put the nail in the coffin of their season. That was conventional wisdom… to everyone except the Twins! They drew together and had faith in their ability. They’ve shown more resilience, grit, and determination than any team I can remember. They’ve won 16 out of their last 20 games! They pulled up and tied the Tigers in the last game of the regular season forcing a tie-breaker game last night.

The game could not have been tighter. Tied 4-4 at the end of the 9th inning with 54,000 people in the stands, the tension was palpable! Both teams battled with all they had. The Twins allowed the bases to get loaded in the top of the 12th inning but still stopped the Tigers from scoring. Then, against all odds, were able to score the winning run in the bottom of the 12th inning. Just after it seemed all hope was gone, they got the run, won the game, and won the division title.

What the Twins demonstrated in the last month and in this game are traits that are needed in bringing a job search to successful conclusion as well. What did the Twins do?

~ They believed in themselves

~ They didn’t let “conventional wisdom”, the news, or the odds get them down

~ They kept practicing and honing their skills

~ They found a way to win in every situation

~ They focused on doing all the little things right every day

~ They worked at keeping a positive attitude day-after-day

~ and, they didn’t let a loss set back their momentum

Every one of these traits will help your job search as much as it helped them win the title. Even when things seem bleakest, a positive attitude and a determination to win can get you the job.

…and use their story as encouragement that you can win your ‘title’ too by following their example.