Use the Source: The 5 Top Open Source Recruiting Tools 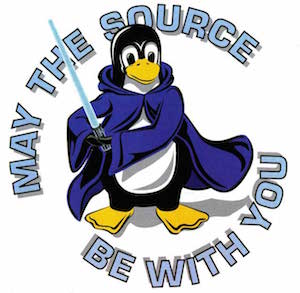 Open source software, as defined on OpenSource.com, is software whose source code is available for modification or enhancement by anyone. “Source code” is the part of the software that most computer users don’t ever see; it’s the code computer programmer’s can manipulate to change how a piece of software—a “program” or “application”—works.

This increasingly common code base, better known to most as simply, “Open Source,” is available to the general public; unlike traditional software providers, these programs are designed for end users to modify, change and reconfigure their original design by opening development to any programmer out there who might want to make it their own – and often, make it dramatically better than the original instance.

Jim Whitehurst, CEO of RedHat, familiar to many in our industry from his keynote presentation at this year’s HR Technology Conference in Las Vegas, was quoted as saying:

“Open Source was initially adopted for low cost and lack of vendor lock-in, but customers have found that it also results in better innovation and more flexibility.

Now it is pervasive, and it is challenging proprietary incumbents across technology categories. It is not only mainstream, open source is truly leading innovation in areas like cloud, mobile, big data, the Internet of Things, and beyond.”

Unsecret Code: Why 78% of Developers Use Open Source Software.

Sonatype, a supply chain, and software consulting firm conducts an annual “Open Source Software Development Survey” to gauge the current state – and future trends – shaping the evolution of the Open Source ethos. According to the most recent release, in 2014, of the 3,300 developers, architects, and IT managers across all industries, company sizes, and geographic regions surveyed, 78% stated that they use open source tools.

Even big brands like Netflix are built on an Open Source platform; HR Tech and other Recruiting Technologies are no exception, with more and more closed gardens opening their codebases every day, casting the shadow of the cloud over many of the most prevalent recruiting systems and talent software available today.

If you don’t speak geek, don’t worry – I’ve got your back. I did some deep digging into what open source is all about and what recruiting and talent pros really need to know about this often overlooked, yet essential, evolution of talent technology. Rather than explain the concept of open source software, though, I thought I’d show some of the coolest tools in action – all of which demonstrate the power – and promise – of Open Source.