Want to write your own 'job boards are dead' article? Here's a handy guide... 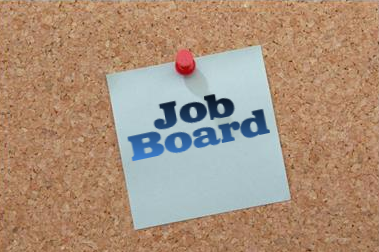 I’ve been consulting in the job board industry since 2009 and active with job boards for much longer. In all that time, a particular type of article / blog post / etc. has persisted and even occasionally thrived: the ‘job boards are dead‘ article. In fact, these have been so persistent and resilient (much like ‘Paul is dead‘ or ‘poinsettas are poisonous‘) that I thought it was time to catalog them. After all, perhaps you will someday be writing your own (erroneous) ‘job boards are dead’ post!

Of course, there are plenty of writers that are saying the exact opposite: job boards aren’t dying, they’re doing quite all right. See here, here, here, andhere. But…if you’d like to put together your own ‘job boards are dead’ article, please use the above guide – and let me know when you get published. I’ll want to include you in my next guide!

haha LOVE this!!!  I just spoke about this very thing two weeks ago at a conference.  I like that people think JB are dead.  Makes it that much easier for me not to have the competition!!!

The eternal effort to take the human brain and phone out of recruiting.  The boards are to recruiting what a supermarket is to a chef.

Love that Steve! we were just plotting a new "recruiting is dead" post so this was terrific :)