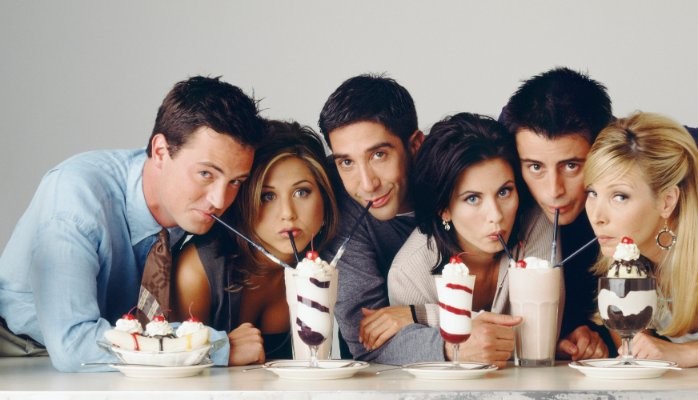 Maybe not what you think. Don’t worry, we probably still have a sufficient number of friends. You know, the people we can call at two in the morning to hold our hair back while we ride the porcelain bus – well, not you... but you get the point. I was prompted to vent on this topic (We’re All Out of Friends) because the comment was made verbatim by an executive leader in a growing tech concern during a recent discussion regarding the difficulty in scaling emerging companies, hers in particular. It was all I could do to not stand and applaud. After some consideration, I thought that it would be overkill given we were speaking by phone. The whole notion is selfish on my part because that phrase, said at that time, in that context, validated what I’ve attempted to explain so many times to business leaders going back years. Many of the attempts have fallen on deaf or defiant ears.

It’s perfectly acceptable to believe that sapling companies born of a great idea, an innovation, or better yet a product or service that meets a need, may start with a soloist, a small group of friends or maybe a tiny team of like-minded staffers recently emancipated from another company. At some hopeful point, when an impetus to grow arises and more team members are needed, that team is going to likely look close to home, meaning another friend, an internal referral, or maybe even a family member – that is, someone who can be trusted to not disrupt the manageable culture that everyone believes is paramount to the early success. All good, so far.

Fast forward twelve months. Things are going great. Cash flow is rocking, the company is post-beta and new customers are being onboarded weekly. Headcount is up to forty-two and growth forecast is through the roof. The friends and referral network has produced nothing short of a stellar team to this point including the administrative assistant who is everything to everyone – a killer referral from the VP of Marketing. Other than one high performing sales executive luckily landed from Microsoft through a headhunter, the referral recruiting model has proven to be successful. As managers field calls from countless staffing companies, who have also recognized the success and are circling the wagons, the company line is unwavering and goes something like, “we have a great internal referral system and we rely on that for all of our hiring. It’s the key to our success!”

Few would argue. Any company that achieves this kind of success through near-exclusive referral hiring is doing something right, whether the recruiting model has anything to do with it, or not. Why would you change a thing? Wash, rinse, and repeat please. Yet therein lies the treachery of crossing the chasm.

Too much of a good thing is not always bad, but it usually is. In fact, it almost always is. When scaling an organization, it just is, period. Before the HR hitmen take a step toward me, I’m not saying that healthy employee referral programs are bad. I’ve worked with many companies to design effective programs – ones that reward employees for providing qualified referrals and at the same time add a valuable sourcing channel to a much broader sourcing effort. Referrals have their place and can be valuable.

What I do not advocate is an inordinate number of referrals – let’s say more than 30 percent – much less an outright attempt to land all the fish on the referral hook. Here’s just one real example of why. While consulting with a midsized (very well-known) consumer web business, the company upgraded its employee referral program by doubling an already fair monetary reward in an effort to quickly ramp a team of engineers, product managers, and designers. Not a bad plan necessarily, but the unintended consequence was very detrimental.

One employee, a B-player at best, offered up eleven referrals. Low and behold they were all similarly and moderately qualified and, out of dire need, the company was compelled to hire eight of them. Cha-ching for the referring employee at $2,000 per head, and a seemingly quick win for the company. Here’s the rub. The referrals were all OK, very similar in profile, thinking, ability, and even ethnic background to that of the referrer. Superficially, not a deal breaker. After all, this company loves referrals. But, over time what became evident was that the lack of thought diversity, the cultural sameness, and the clique-like behavior all combined to be a big downer. Furthermore, when the group of friends fractured on a personal level outside of the office, it showed up inside. What was initially viewed as a big win eventually played out adversely.

Cult is a strong word with lots of negative connotation. However, it’s important to recognize that it is the root of culture. Companies who believe they are “building a culture” by hiring mostly through referrals often end up with mini cults. Outcomes vary, but my experience tells me the result is typically negative and the model simply doesn’t scale.

What I’ve learned through working with a number of respected leaders in startup and emerging companies is that they do comprehend why the exclusivity of employee referrals will not scale, but it is against everything in their nature to stop doing something that worked early on and to that point in time, much less pivot to something frighteningly different. What I find odd is that most leaders understand this basic tenet in other business contexts, but not when it comes to a hiring model. What usually happens is that the recruiting process becomes frozen. When an organization starts to run out of friends, fear sets in and all sorts of odd hiring behavior ensues – over-interviewing “outsider” candidates, taking 4-6 months to hire “the perfect” software engineer, or worse yet, not making a hire until dire demand drives a bad hiring decision – the worst outcome.

I didn’t start this post as a doctrine on how to scale a business – that would be ridiculous. But I know a little about measuring productivity and outcomes in talent acquisition and how to quickly identify what works, what doesn’t and executing remediation. That is very relevant to a company’s ability to scale, so there.

The two overarching points here are; one, while friends (aka referrals) can make great additions when a company is young and moving through early stage growth, they should be considered the early core. Charter employees who buy in to an idea love to get their closest allies in the game. That’s human nature. But, that template doesn’t scale through multiple iterations of growth. Yes, that early culture may be what drives the company from inception to market, but that culture will, and should, change over time. At every stage of growth, culture should be additive – new ideas, new faces, new discipline, new competencies and capabilities. Yes, the ideals and beliefs should be able to stand the test under the wing of strong leadership, but it doesn’t mean hiring only those who look like and agree with you. Overcoming that tendency to freeze instead of pivoting is why many companies fail during significant growth and demand. The business books you read will say its capital, but this is easily a strong number two.

The solution, within the talent context, is to quickly get beyond the perceived safeness of hiring friends, and friends of friends. Build a talent acquisition machine that relies on an omni-channel attraction mechanism, is brand-focused, has a consistent assessment strategy (rigorous but realistic), and leverages a healthy employee referral program.

Second and final thought. If you believe your culture is something that was created from the core of initial hires and needs to remain static, you’re going to be disappointed. Yes, an organization’s culture is important, but it should be allowed to breathe and expand. Remember that culture is the product of behaviors and beliefs across the organization. It’s not something you can protect in a glass case, and it surely isn’t free food and foosball tables. Your company’s culture should be open to growth, reshaping, and transformation at every stage of the great expansion. If the goal is to stay small, I needn’t say more – this doesn’t apply to you. But if growth is part of the plan, you will be all out friends sooner than later – then what?