What the CIA’s Ridiculously Intense Hiring Process Can Teach Us 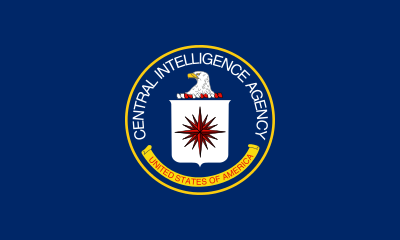 The Central Intelligence Agency has perhaps the most intense hiring process in America, and for good reason. Credit: Wikipedia Commons

Aside from perhaps running for President of the United States, the most intense hiring process in America belongs to its own Central Intelligence Agency (CIA), which often takes two years.

The process will almost certainly uncover your deepest, darkest secrets and use them against you. Along with you undergoing every possible assessment out there, from polygraph exams to personality tests, your family, your exes, your neighbors and your friends will all be interrogated.

Along the way, if you lie, or even exaggerate, you’ll be instantly disqualified. Obviously, you can’t take drugs or commit any criminal acts. And you have to be under the age of 35.

All that, for a job that pays below your market value, that you can’t talk about to even your closest friends and comes with the distinct possibility of being killed, tortured or the government denying your very existence.

So what is the CIA really looking for in its recruits? One word: passion.

How The CIA Hires

The CIA’s clandestine service, aka the people going undercover and reporting back information, is anything but easy to get into. As mentioned, the hiring process can take upwards of two years, with candidates and their larger networks forced to endure a multitude of exams.

The requirements to apply for the clandestine service are difficult, but certainly not impossible. All applicants have to have a bachelor’s degree and have earned at least a 3.0 GPA in college. Candidates who can speak different languages are preferred, as well as people who stay abreast of international affairs and have traveled internationally as well.

Candidates have to pass physical tests, so they must be in good shape, and to apply, one has to be under 35 years old. The CIA doesn’t require candidates to have a degree in a certain area, except for more technical positions.

It helps to have been part of the military or taken an internship at the CIA as well. To apply, all candidates must write a one-page cover letter and submit a resume to apply.

The first step in the process is a pretty basic phone interview by a CIA recruiter who, naturally, doesn’t give out their real name. The interview includes questions regarding your knowledge of international affairs (ex. “Who is the leader of Peru?”).

If you pass these two stages, which can take two months after you originally applied, the process begins to become more intense. The CIA will send you instructions to take an online personality and intelligence test, along with a recommend reading list to learn what it means to become an agent.

There is also a polygraph exam that has been described by many as exceptionally difficult and revealing. All a candidate’s dirty laundry is revealed and discussed in finite detail, and if there are any inconsistencies, the candidate is rejected.

Included in all this are exceptionally-difficult scenario questions. One candidate told a story where she was asked what she would do if she knew people were coming to a hotel room where she was meeting with a high-placed informant who was spying on said people.

Her answer was that she’d tell the people she was dating him. However, the agency marked her response as a failure, saying instead said she should have actually begun to get intimate with him, so when the people walked in her story was more “credible”.

Next comes the background check, which can take two years. Candidates’ families are interviewed, their friends, their exes and dozens of other people they came in contact with. If any of a candidate’s close friends or family have serious criminal issues, the candidate will be denied.

Overall, only 17 percent of people who are given conditional offers – i.e. offers after the initial screenings – pass the psychology, medical, personality and background exams. During this two-year process, candidates are not allowed to talk about where their applying, as secrecy remains paramount at the CIA.

What The CIA Is Looking For

So what is the agency looking for?

It isn’t necessarily a perfect person, as there are a few stories online of candidates eventually getting hired despite skeletons in their closet. That said, it is still a pretty high standard, as the agency rejects people with major money issues, any recent drug use or people who cannot pass the physical tests, as an example.

One thing the CIA is clearly looking for is smart people. And physically fit people. And people who can keep a secret, which obviously is pretty crucial.

But, most of all, the CIA is looking for is people who really, really, really want the job. Again, the CIA doesn’t even pay a great salary – most entry-level workers in the clandestine division make around $40,000 a year – and the process itself is lengthy and incredibly invasive, so only people who are obsessed with becoming an agent are going to stick through it.

Just look at the CIA’s career site for more evidence. The entire site describes how working at the CIA is very meaningful work that’s critical to America’s safety.

“CIA offers a career experience you’d expect at any company,” said one woman on a recruitment video on the CIA’s career site. “The difference is every night, I go home knowing that the work I do really matters. And every day I share my work with a group of colleagues who feel the same way.”

That dedication to the agency is screened throughout the entire process, with no better example than the one cited earlier where the woman essentially had to say she would have relations for the good of her country. And, to further entice people into becoming passionate about the CIA, the readings they suggest during the hiring process reinforce their message.

And while the CIA doesn’t have the best pay, they do have amazing benefits. And it isn’t just standard health and retirement, either, but a gym, gardens, walking paths, intramural sports and more.

The goal, as the CIA writes on its website, is to have the agency “its own community.” The reason is obvious: they recruit people who love the agency, and then foster that loyalty by building an incredibly tight-knit group of workers who lean on the agency for both their income and most of their recreation.

Obviously, no company could have a hiring process like the CIA’s. First off, it wouldn’t even be legal (private employers can’t give polygraph exams, as an example), and no company could routinely take two years to hire one person.

Instead, the CIA serves as an example of what the perfect hiring process would look like. Obviously, they are hiring for among the most important positions in America, and they have incredible time and resources to do it.

So what do they look for? Yes, some skills, particularly for the highly-technical jobs. But more than that, they look for intelligence and, first and foremost, passion.

The CIA’s entire premise is to get people completely ingrained into their cultural, a person who is willing to put the agency ahead of everything from their bank account to their own safety. That’s also probably the reason why they want people under the age of 35, because a younger mind is more moldable to the agency’s line of thinking.

And that’s the real business lesson: skills and attitude matter. But, while hiring for any position in any organization, perhaps the most important thing is to find someone who truly believes in your company’s mission and is passionate about their job.

Bottom line, we spend a lot of time in hiring looking at the size of the dog in the fight, i.e. a person’s skills and qualifications. But perhaps what really matters is the size of the fight in the dog, i.e. how much that candidate really wants what you’re offering.