Why Hiring The Best Isn’t A Good Idea 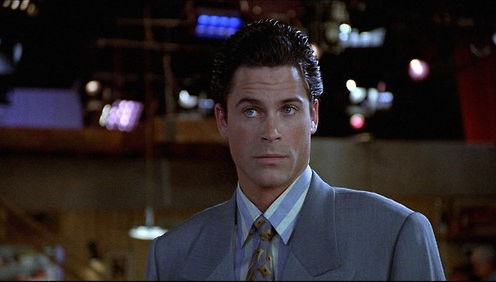 It is about developing the best, not hiring the best. Credit: Paramount Pictures

When hiring, it is sensible to hire the absolute best people, right? No matter what the cost, if you can get a star in the industry, it is worth it, right?

A groundbreaking study by the Harvard Business Review (HBR) found that hiring stars can actually have a negative effect on the business as a whole. The study, along with dozens of case studies, reveal that performance isn’t as fungible as it would seem and bringing in prolific people often leads to higher turnover and lower morale.

Instead, there is a better way to build a long-lasting business: develop stars, rather than pay big bucks for them later. And that begins with hiring the right people, and then putting an emphasis on turning them into superstars.

The Downside of Hiring Stars

The HBR study by Boris Groysberg, Ashish Nanda and Nitin Nohria found that hiring stars can be a risky practice, because generally performance at one place doesn’t equal performance somewhere else. The study tracked high-profile stock analysts who switched firms, and found that their performance almost always dropped at their new company.

Why? The study concluded that because someone is great in a particular situation doesn’t mean they’ll be great in another. Specifically, the study said that a person’s performance is directly related to the people around them, as workers are not independent from their environment.

In other words, it was as much about fit as it was about talent.

These stars also showed little loyalty to the companies that brought them on. Of the top stock analysts tracked, 36 percent of them had left the company they were recruited to in the first three years, and another 29 percent quit two years after that, according to the study – numbers well above the industry average.

Additionally, there was a bigger issue with bringing on “stars” to organizations: it destroys morale. Workers generally became resentful that these stars were paid high salaries to do their jobs and then generally underperformed.

It also sent the message that the company was more intent on bringing in other people than promoting from within. That creates the perception of a dead-end job, where the only way to move up is to go somewhere else.

There are dozens of high-profile examples that prove this theory in sports and music. In sports, particularly in sports like football where teammates have to work in tandem, signing high-priced free agents – aka recruiting “stars” – has proven an ineffective way to build championship teams.

A perfect example is the Washington Redskins, which for years have paid top-dollar for the best players, only to have them underperform. Instead, teams like the Seattle Seahawks and the Green Bay Packers have put a premium on developing their young players, and they have been among the most successful teams in the league.

The music industry provides another example. Bands that were constructed of existing stars, like Audioslave or when Queen and Bad Company merged, were generally met with negative reviews, as opposed to bands that formed organically, like, say, The Beatles.

Instead, the 2004 HBR study suggested a better way to build companies: hiring people with potential and developing them, rather than overpaying for established stars. The study cited companies like Goldman Sachs that put a premium on hiring talents out of college and taking the time to train them, which proved fruitful.

This strategy also created loyal, happier workers. The study found that companies that focused on developing their own people had significantly higher morale and significantly less turnover.

This same philosophy was shared by Bill Gates when he was building Microsoft. Gates loved hiring brilliant, untrained minds and then developing them. All that strategy did was result in approximately 10,000 millionairesand Gates himself becoming the richest man in the world.

It is human nature to look for shortcuts, for easier ways to do things. And hiring stars is sort of like that – pay top dollar for the best people and hope everything will be solved.

But, like most shortcuts, it usually doesn’t work as planned. Workers become resentful, stars generally underperform and turnover skyrockets.

Instead, the key is to invest in smart hiring strategies that find the next star that you can develop along the way. Then, smart companies take the time to develop them, so they build their own stars, rather than hire someone else’s.