Why I Got Back Into Recruiting 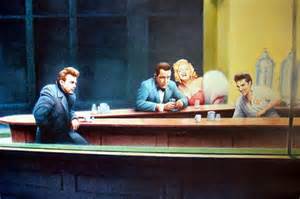 I started my career in recruiting in the mid 1990's.  I left in 1998 to pursue a career in sales.  I re-entered the recruiting realm in 2008 and have not looked back.  Here is a story about one of my sales positions and why ultimately I ended back into recruiting.  I truly struggled trying to find my own niche.

From 2000-2003 I worked for a homebuilder as a sales person. I sat in a trailer home and waited for people to come by to look at our model homes. I sold “to- be- built” homes and SPEC homes (houses already built without an owner). When they bought a “to- be- built” home they would choose from 25-30 floor plans and I would help them pick the lot where they were going to build their house.

There were long days sitting in that trailer. I have never worked as many hours in my career as I did when I worked for the homebuilder. I joke around, but the only days I really had off were Thanksgiving and Christmas. I almost always came in on my “day off”. I would easily put in 60-80 hour weeks. I didn’t want to leave, because I loved the money. I was tied to what most call “the golden handcuffs” and I was miserable.

Some days when I sat in that trailer, I went without seeing a single person. After all, I was mostly dependent on who wanted to come and see me, and if they wanted to buy that day. As most of the world was enjoying New Year’s Day watching football games, I was glued to the trailer. I specifically remember working Easter and Christmas Eve and feeling sick because I was not enjoying life. My friends were becoming distant and relationships were suffering.

I did this for what? Money? Yes. I did this for money. I was the top salesperson in the Austin market. There were 65 sales people. I was given multiple awards, and I bought into the lifestyle hook, line, and sinker. I became so wrapped up in what I was making that I forgot who I was as an individual.

After 3 years I walked away from a large amount of money to do something completely different. In fact, I took a 2/3 pay cut so I could enjoy life again. I remember going to my first football game in years, spending the weekend with my family, and going to Church again. I was happy. Finally!

After this experience, I decided I wanted to help people make better decisions about their careers, unlike the ones I had initially made. When choosing a job or occupation, think about all that is involved. Yes, money is important. You need to make a certain amount to feel comfortable. You need a nest egg. You need benefits. You need to take a vacation from time to time. Beyond that, how much is enough?

Instead consider elements like work-life balance, the ability to learn new skills, how personally satisfying your job is and how much room you have to improve and grow. Don’t get caught up in money like I did. It is not worth it. In the end, you won’t have any of it. The next time you have a chance, just look at the painting “the Boulevard of Broken Dreams”. It says it all. How did these icons lives end? Money and fame meant nothing.

Recruiting has been good to me.  I love what I do.  I am able to help others.  Money has come really without me even seeking it.  Why do you recruit?

**This article is also featured on Hire Art's website: www.hireart.com.  They asked me to be a guest blogger.  They are a staffing firm based out of New York.  You can read that article here: http://bit.ly/1hcGdGb

Nice article, Will!  I, too, left recruiting for a bit (the Aerotek burnout, probably), but happily returned.  Like you, I had an interim stint doing something completely different:  I owned and ran two tutoring centers. Not franchises, but independents.  I missed having a direct impact on someone.  Helping kids was great, but tutoring was quickly foregone for dance class or soccer practice.  Adults with jobs/careers take their work more seriously.  :)

Good for you for getting back into your groove.  It's pretty awesome the second time around, isn't it?

Thank you Linda!  Your story sounds a lot like mine.  3 years with Aerotek, 7 years in sales, past 9 with recruiting again. Much better the second time around.  Agency just isn't for me though.

Great blog, Will.  Once recruiting get in your blood, it's hard to stay away for long!

Hi Sally.  Thanks for responding!  It is very true.  I do love being a recruiter!

I had a gap from 10+ agency to last 2 in-house. I'm thankful to round-out the perspective, but in the end recruiting is recruiting. It's awesome to read a post like this Will and think 'whew- I'm not in this trench alone'. Especially on those more challenging days at the desk.

Thanks Tim.  Recruiting IS recruiting is right and we are lucky to be in this field.  Thank goodness I am not selling houses anymore!!  I'm sure your glad for the change too, even when you have challenging days..

What advice would you give to the recruiters who lost the "Pride"  in their work? What do you say to the recruiter sees all of the negatives in the job/career and cannot possibly see the pay offs? and, I do not mean money. I guess, I mean, "Pride."

Hi Richard.  Recruiting is not for everyone.  I am assuming this individual is "burned out" which is frequent in our industry.  In 1998 I was burned out.  Recruiting is tough, stressful and demanding at times.  I left recruiting far behind.  Sometimes it takes leaving to realize how great of a job we have.  Hopefully that won't happen.  I can say from experience we really have it made though.  I listen to other people complain about their jobs all the time.  I mean, really and truly- we can work anywhere, we are inside, we are HELPING others which to me is VERY rewarding.  We all have a purpose in this life.  I have pride in knowing I have made a difference in helping someone with their life and career. My wife is a nurse, she delivers babies.  She takes pride in the fact that she helps bring people into this world.  We help people find the job that makes them happiest.  That is pride.  That is reward.  Don't you agree?

Exactly, How I Feel and Think. "Difference in helping someone with their life!"

Now, IMAGINE you are training new folks into the industry.

What would you tell them? Or, folks in the biz that you need to rejuvenate.

Anyone Else Here, Jump In!

I have trained new people and brought them into the industry.  Pride is everything about you. The way you dress, the way you talk, the way you treat people.  I started with an agency.  This is what I learned.  http://wthomsonjr.com/october-2013/10-reasons-every-recruiter-must-...