Sexual Harassment on the Interview or at the Job 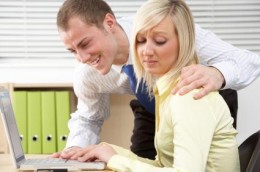 You go on the interview and the person asking you questions about your job skills suddenly turns things up a notch. Or, you are at work and one of your co-workers, perhaps your boss, begins showing you unwanted attention. In either scenario, what do you do?

Unfortunately, countless individuals have had to endure both situations, and even worse ones over the…

Is It Criminal to Help or Hire Someone with a Record? In the event you have a criminal record that continues to follow you around, what are your chances of being gainfully employed in today’s day and age?

While a criminal record is nothing to brag about, there are cases where you can still find work despite having run afoul of the law at one time or another. Remember, we are talking about more notable run-ins with the… We all know that employers and those that recruit for them when outside services are involved make mistakes from time to time.

Despite one or more interviews, despite thorough questioning and background checks, some soon-to-be bad employees slip through the cracks, leading both the employer and those that recommended the employee with egg on their face.

Is Your Plan to Start a Home Business?

If you are finding the job search to be rather fruitless or have been thinking about leaving the corporate workforce for a personal venture, do you have a good plan in place to start a home business?

As more Americans find themselves out of the workforce, seeking ways to make money and keep themselves…

Should You Be Hiring an HR Manager or Outsourcing Such Needs? 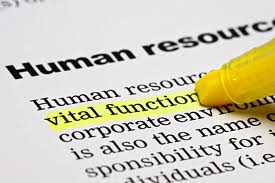 Many small businesses have an in-house human resources manager that will handle the nuts and bolts of interviewing prospective employees, overseeing payroll, dealing directly with any employee issues and/or questions, and making sure the office keeps rolling along smoothly.

Other companies, however, either outsource such needs or even try and do things if you will on…

Is It Smart to Look for Another Job While Employed? 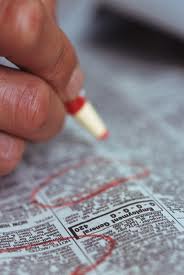 Even though a number of people when asked would say they are content with their jobs, there are those that have a foot in one office door and the other in the help wanted pages.

For those individuals, trying to balance a full-time job while looking for another job can be a very delicate proposition. In fact, one of their fears is that they will lose the current job…

Do You Know the Signs of Age Discrimination at Work?

While there are laws in place to protect individuals’ 40-and-over in the workplace, it doesn’t always mean they are upheld.

According to the Equal Employment Opportunity Commission (EEOC), there was a steep increase just as recently as 2009 in the number of age-related discrimination claims. In that year, the EEOC noted 22,778 age discrimination claims, close to a 38 percent uptick from only 16,548 three years earlier.

For those that do not know, the Age Discrimination in…

Is Now the Time to Go Into Business for Myself?

After several years of layoffs, many companies are either standing pat with their current workforce sizes or even adding employees here and there.

Others, however, continue to make cuts where needed in order to stabilize their losses and try and position themselves for a positive 2012 as we sit a quarter of the way into the year.

In the event you have found yourself the victim of a job layoff recently or just do not look forward to going to work each and every day, could your…

How Do You Advise Friends That Are Out of Work?

I have a friend that was laid off at his job a while back and continues to look for work.

After getting caught up with him about a month or so ago, I must admit I left our time together shaking my head a bit.

First off, it is not up to me to judge him and/or his approach to finding another job. He’s old enough to make decisions on his own; I can only offer him advice from when I got laid off last decade and what I experienced.

So when I asked him how the job search was…

Can You Sell Yourself On a Job Interview?

Whether you are applying for a job at the local mini-mart or as a top executive for a small or large business, being able to sell yourself is critically important.

So, on a scale of 1 to 10 (1 being poor and 10 being great), how would you consider your selling skills when it comes to the job hunt?

While some job applicants find the interviewing process a piece of cake, others sweat their way through it, oftentimes doing something along the way that eliminates them from the…

Can You Stand Out from the Crowd at Work?

Whether working for a small, mid-size or large business, you know like everyone else at the office that you need to stand out from the rest and not in a negative manner.

Each and every day you set foot in the office or telecommute from your residence, be it a small business start-up or a company that has been around for some time, how do you go about making sure that the boss notices you?

Having worked for several companies now over a 23-year span, I have always gone into a…

Can You Quiet the Difficult Co-Worker and Not Lose Your Job?

Almost all of us at one time or another has had to deal with that one co-worker you just wanted to give a little smack upside the head.

Be it their attitude, a habit that just got under your skin or constantly listening to them moan and complain about the professional and personal lives, it is safe to say that you likely have contemplated if time in jail was worth relieving this individual of their suffering..... or your suffering as it may be.

That being said, how can you go…

Is It Time to Go Home for Your Next Paycheck?

With millions of Americans still out of work and the jobs report improving but far from healthy, many individuals have either done so or considered going into business for themselves.

In the event you are considering starting a small business at home, is now the time to pull the trigger on it?

Home-based businesses do present both challenges and opportunities, so list both when considering if you’re in…

Would You Risk Leaving Your Job?

In a day and age where the economy seems to go up one minute and then head south the next, why on earth would you want to quit your job to start a small business?

For some folks, the answer to that question is the desire to become their own boss. But becoming your own boss in 2012 is a risky proposition, especially given how fragile the economy has been. Just when the job market was starting to…

Women Dressing for Success in the Workplace

As a woman in today’s workplace, do you feel like you are a little more scrutinized in what you wear than your male counterparts?

While women would like to think they are judged for their brains and skills and not their appearance, there is little doubt there are still some offices where what female employees wear to work is given greater scrutiny than men.

In a setting where standard company uniforms…

With the age of social media having long ago arrived and planning a lengthy stay, more and more employers are using the platform to screen potential hires. As a result, are there any legal ramifications to doing such?

It is a given in today’s technologically driven world that people are going to place comments and photos on social networking sites like Twitter, Facebook, LinkedIn etc. without always thinking before they post. In turn, employers are turning more to social networking…

The Role of Social Media in Recruiting Employees

With the age of social media having arrived and planning a lengthy stay, more and more employers are using the platform to screen potential hires. As a result, are there any legal ramifications to doing such?

In turn, employers are turning more to social networking…

Do We Really Know What Employers Want?

In a day and age when the national unemployment rate still remains more than 8 percent, it is safe to say that it remains an employer’s market.

That being said, we know or should know what most employers are looking for when it comes to hiring new workers.

Among the things traditionally sought are:

• Ability and desire to pitch in where needed.

While those may be common sense things on…

Do You Know How to Look Talent in the Eye?

As the job market has shown signs in recent months of improving, the chore of finding the right talent for one’s company becomes even more of a task.

Ask any recruiter or employer and they will tell you that getting the right person in from the first interview, to the background check, to the decision to hire or not can be challenging.

As we all know, having the right employee in place not…

The Ballots Are in, Did You Hire Yourself?

Going on job interviews typically ranks right up there with going to the dentist, doing your income taxes and spending time with the in-laws.

You get the message; interviews can be very taxing to say the least. That being said, there are millions of Americans out there right now who are waiting for the interview call, passing their resume around here, there and everywhere, and going on interviews.