With the multitude of home improvement stores and social media sites like Pinterest, we are increasingly becoming a Do It Yourself nation. Want to remodel your kitchen? DIY. Need a fabulous cake for a party. DIY.  But just because you CAN DIY doesn’t mean you SHOULD.  Saving a few bucks often is not worth the frustration, time, and risk associated with doing it yourself.

And so it goes with contract staffing.  Being cost-conscious, some recruiters try to go it alone when it comes to… 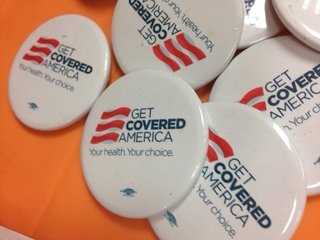 New Obamacare regulations released last week could impact a number of staffing and recruiting firms. The final employer mandate regulations of the Affordable Care Act (ACA or Obamacare) implements some delays and provides some clarification on issues concerning the…

How to End Unemployed Discrimination 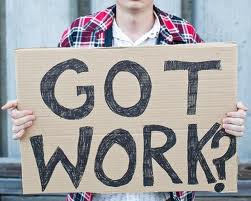 President Obama has asked employers to hire the long-term unemployed and has even gotten more than 300 companies to agree to improve their recruiting efforts to ensure the unemployed get a fair shake.

But as you know, this is easier said than…

How to Identify Great Contract Candidates

Beyond the traits you search for in ANY candidate, there are a few traits to look for specifically in contractors: Coming off a record-breaking 2013, contract staffing's growth is expected to continue as employers remain cautious about hiring on a direct basis.

Hottest Contract Staffing Jobs in IT, Manufacturing, and Healthcare When you think about sourcing through social media, Facebook may not be the first network you think of. But with more than a billion users, Facebook boasts the largest database available.  And with it's new Graph Search, it is increasingly become a good additional sourcing tool for recruiters to have.

Graph Search is a bit limited because you can only…

The Manufacturing/Engineering Buzz in Contract Staffing

Contract staffing recruiters in engineering/manufacturing can look forward to a good 2014 as staffing in the sector is expected to outpace service sector hiring.

Having added 500,00 jobs since the recession, manufacturing growth is expected to continue with manufacturers planning to increase hiring by 2.4% in the New Year, according to… In the past 21 years, we've seen a lot of changes and developments in the world of contract staffing and recruiting.  As has been our tradition for the past few years, we would like to offer our recruiting predictions for 2014 based on our own experience and statistics, discussions with recruiters, and industry data:

Recruiters: How to Cash in on Hot Technology Market

There may be mixed reports on the overall hiring climate in the United States, but there appears to be little uncertainty when it comes to Technology. All reports indicate that hiring in that sector hot, particularly in the contract staffing realm. Even better, there are plenty of opportunities for recruiters to take advantage of this trend.

Citing a study from TheLadders, Recruiter reports that 70% of today's hottest jobs come from the technology sector. Moreover,…

One of the most difficult aspects of contract staffing from a recruiter's perspective is funding the payroll. The nature of contract staffing requires you, as the employer of the contractors, to pay the contractors BEFORE you are paid by the client.  While you pay your contractors weekly or at least every other week, it could be 30 to 90 days before you receive payment from the clients. You could have several thousand dollars outstanding at any one time for just one…

While recruiting is ultimately a rewarding profession, it's one that comes with it's share of stress and frustration. Many recruiters shy away from contract staffing because they think it will only add to their stress. But in fact, contract staffing can help relieve many common causes of recruiter stress, including:

Try-Before-You-Buy Becoming a Staple of the Hiring Process

These are all strategies that companies use to make sure they hire workers who are qualified AND are good cultural fits.  But many are finding these longstanding techniques are not enough and are turning to "try-before-you-buy" methods to help ensure successful hires.

This was a hot topic at a recent…

Lessons from the Trenches: 5 Ws of LinkedIn Marketing for Recruiters

Like nearly everyone in business, we have been building our social media presence over the past few years. As recruiters see us out on social media sites, we often get questions about the "right" way to use them. Because most of our exposure and experience is from LinkedIn, many of the questions we receive surround this site. Here are the "Five Ws" of LinkedIn marketing we have learned through our own efforts.

As with any marketing effort, your success is…

Contract staffing is surrounded by a number of myths and misconceptions. These myths often keep recruiters from enjoying the increased sales, steady cash flow, and client loyalty that come from offering contract staffing.

Here is a summary of the top five contract staffing myths  . . . and why they are not true:

Truth: According to the…

Looking for fall decor ideas? Pinterest is your site. Planning a wedding? Pin away. Looking for job candidates? See 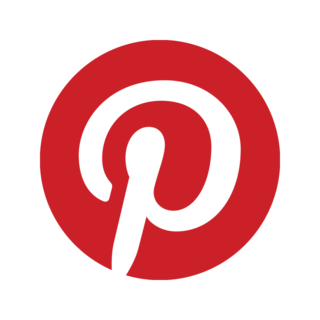 While extremely popular, Pinterest is often looked at as just a fun, mindless way to pass time. Sure, it's a great marketing platform for dress shops and craft stores, but most service-based businesses struggle to see Pinterest as a viable marketing channel.

What does a contract staffing back-office do?

Most recruiters opt to outsource because it allows them to focus on contract placement opportunities without taking away from their direct-hire business. A contract staffing back-office service should assume…

Is There A Soft Skills Shortage?

There has been a lot of talk about a technical skills shortage in the United States. Some industries have already experienced it, but there have been warnings that, with the aging workforce and other factors, this will someday be an issue in nearly every industry.

But could American employers already be struggling with a different kind of skills shortage? According to a…

There are a number of reasons why recruiters shy away from contract placements, but most of those reasons are results of myths or misconceptions. One common myth about contract staffing is that you have to have a stable of contractors ready because clients may request them at a moment's notice.

This misconception is tied to the temp agency model. They have a group of temps who are employed by the agency and are sent out to assignment after assignment, most of which only last a few…