Flogging a dead horse… OR The Recruitment industry sucks!

Recruitment agencies tend to be getting a bum rap at the moment, with what seems an endless amount of people getting on the “Whack the Recruitment Agency” bandwagon.

Whilst I cannot disagree that some agencies and some Recruiters…

Musings from a Recruitment Tragic: Why I love X-Factor 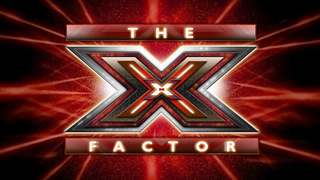 It took me a while, but I figured out why I love this show.

I thought it was the fact that people we getting their dreams coming true? Maybe it was the extracting the water of the people who's friends weren't nice enough to tell them they have no talent?  Maybe it is the extraordinary talent that turns up year on year?

Gee it's been a while since I posted here... Hi everyone!

Those of you who know me will know my Recruiting background.  Started in a Recruitment Agency, well fell into it, as we all do.  Went to an in-house role for 8 years, somehow ended up back in Agency land again, and am now back in-house.

One of the things I learned whilst working in house was the utter despising of Recruiting Agencies by most people I came across, both from the business point of view and the candidates.…

4 factors changing the face of in-house Recruitment... Are you up for it?

I am an evolutionist.  I love seeing things evolve, people, places, teams and functions.  Looking back to 2002 (yep, all that way) when I first landed into the world of in-house Recruitment, it's interesting to see how things have changed as much as they have stayed the same.

I went in-house for the same reasons of many, I hated the agency land, whilst I enjoyed the cut and thrust as I am a competitive bugger, I struggled with the closing and ended up hating the fact that no…

Don’t focus too much on the end goal

When you were a kid did you ever play computer games?  Had the obsession to get the top score and put 3 funny (or rude) letters on the leaderboard to commemorate your greatness? (Not that it happens now of course, I'm much more mature)

I can remember the adrenalin of almost getting there, seeing the glory, visualising the gloating to my mates as we all crowded around the big arcade game at the corner shop.  Ahhh Galaga I miss you.

I've been watching my son get his addict on…

I find it interesting, this world we live in.  I'm probably too entrenched in this Social Media, Recruiting space.  I get genuinely surprised when people either a) discover Social Media b) discover how to use it within Recruitment.  When people rock up at these conferences and are all starry eyed and "Wow'ed" at what they are discovering.  I know it is pretty cool stuff,…

I am the JITH Lord! OK, maybe a little over stated, but an interesting start to a blog right?  (It's been a while since I've blogged here, surely no one will recognise me)  I'm pretty sure that the JITH's are related to the …

Changing jobs a couple of times in the last 2 years has made me really look at myself and my belief structure in this field, refine this, perhaps even formulate one (or two).  I've come to understand what I believe in, when it comes to Recruiting.

It's not about just going to work, hiring people and going home.  I think people over complicate things to (sometimes) justify their own existence, pad out their "personal brand", push their agenda or product, or suck up to "Recruiting…

"Unfriending" what does it really mean?

I read this article the other day (about killings apparently because of Facebook) and it really disturbed me, it bought me back to a

Social Media is both all about personal communication and about anonymity.

#SocialRecruiting, not the mesiah… just a very naughty boy!

Don't get me wrong, you know I'm a fan of this genre of Recruiting.  That said, I am getting a bit sick and tired of reading blogs, tweets, opinion etc about how this is all completely changes the game and is the best thing that has ever happened to the Recruitment industry.

Is it a help or a hinderance? I'm comfortable sitting here on…

For those who read my blog, you'll know I've recently changed jobs, and I've been pretty slack in posting here in the last year.  Some will say "again?" others have been congratulatory, I have to say it has been an interesting experience.  I'm 37 years old and I'm into my 5th professional job (not counting the moss farming, kitchen hand and service station attendant during University and high school).  Being the new boy again, facing those nerves of the unknown, will they like me? will…

I must be having a dumb moment. I just don't understand. Why is it that people do Recruitment Advertising and do not put their name or phone number or email address on it?… End of an Era

I'm not sure "saddened" is the right word, however I was moved the other day when I saw that Jason Davis had decided to pull the plug on his involvement with Recruitingblogs.com.

It's been an interesting journey, it's been a fun journey, but I tell you what.... I feel like I've learned a lot, about a lot of things, even myself!  So far some of the interesting discoveries have been

1) I broke a promise to myself over the last couple of years.  Almost 10 years ago I promised myself that I wouldn't out stay my welcome in a company again (after doing that)  However, I think I…

Hmmmm Recruiting Dilemma.... or not

Wow... it's been a while since I've blogged on here. It's not that I haven't been writing, it's just that I've had some other outlets, which make the something's Dan says a little quiet.. not my normal style. October 2010 it tells me... oops

So today it is... a quiet house, a busy mind and the need to write something has made this happen.

I've been Recruiting for a number of years now... maybe too many, but I heard something the other day which I hadn't heard…

Forgive me blog, for it has been quite a while since my last blog.

Over a month! That is unheard of since I started writing this. I'm not even sure what I'm going to write about tonight, but Dan needs to say something.

Life have been extremely hectic and I have been experiencing life as the new guy, for the first time in many years. Being this newbie, got me thinking. We write lots about finding a job, ie identifying the opening, approaching the company, cover letters v… Continue

Hi, my name's Dan, and I'm quickly becoming an addict for certain varieties of Reality TV shows. No, not the grab the spotlight, Big brother wankfests of the worlds. But the talent show ones. Maybe I'm getting softer as I'm getting older, but how can you watch people hunting and catching their dreams, their passions and not be moved by it.

Sure there is the "look at me, look at me" contestants who just want their heads on TV, and yes, everyone in line will say that, that particular… Continue

From Cradle to Cot

It's been an interesting few days... sitting here in Limbo, a week without a worry. No job to worry about, to check in on, or wonder if they are going alright without you. Yes, there is a heap waiting in the new role, but that isn't feeling real yet.

Gives you some time to think. And that my friends is a dangerous thing when it comes to my blog. For those who keep up with my ramblings here, you'll know I draw a lot of inspiration from my family, draw heaps of comparisons from daily… Continue 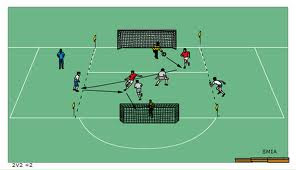 I translated that to my world, and no, I'm not… Continue

(I started writing this post on 24th June 2010, I'm finding these things are taking me a little while now days)

A great day for woman kind here in Australia. I know many women rejoicing in the fact that we have our first Female Prime Minister. A great achievement, and hopefully something that will inspire many generations to come. As a father… Continue