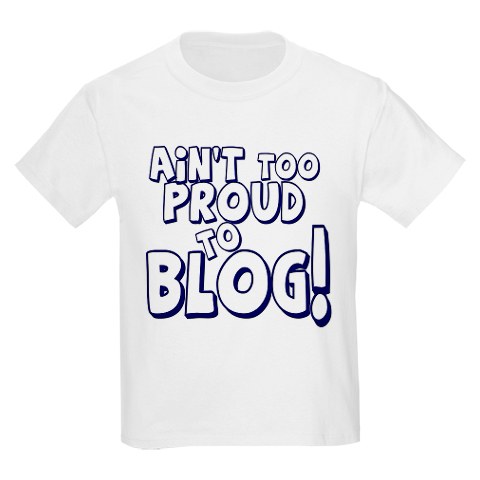 For the more than 108,000 certified human resource professionals, maintaining their Human Resource Certification Institute (HRCI) certification may have gotten a little easier.  Earlier today, HRCI announced that the organization has updated their recertification policy allowing HR professionals the opportunity to receive up to 2 credits…

From our first day on this earth we're working and learning about finding our place where we feel comfortable, most ourselves. While I feel comfortable in my own skin, I'm facing a new and old kind of advisory which I thought I had left behind.

While I'm a shrewd competitor, I'm also one who is a very social and positive person. No, I'm far from Pollyanna, but I do always… Continue

I've been doing a lot of thinking and reflecting this week around social media comments and conversations. I'm always surprised by what people actually do and say on the internet via blog comments. Sometimes they are hurtful, malicious, angry, and just plain ridiculous. Other comments are inspirational, encouraging, relevant, and fun. All internet activity is trackable, searchable, and… Continue

Last week I presented to a group of Restaurant Human Resources Professionals as part of the People Report Summer Camp Symposium in Dallas, Texas. The event was hands down the best conference I have ever presented at or attended. I led a session titled, "Blogging for Dummies."

Blogging is an interesting topic for Human Resources and Corporate… Continue

According to the Merriam-Webster Dictionary, transparency is defined as (1) : having the property of transmitting light without appreciable scattering so that bodies lying beyond are seen clearly or (2) : free from… Continue

Earlier today, I hosted a free teleseminar discussing 5 Ways to Optimize your Facebook Fan Page. Facebook is approaching 500 million users. A recent study tells us that 7% of American households have a Twitter account while 41% have a Facebook account. Facebook is the most accepted form of social media more so than LinkedIn.
If you missed the call, you can always call in and listen to the…
Continue

Herding is a fine art. Sheep dogs do it. Cowboys too. Security at concerts and high profile events use herding as a part of creating order in confusing, stressful, and complicated situations.

As someone who has worked as a Recruiter I understand how important social media is in finding quality job search candidates. I've used tools like chat rooms, online communities, blogs, Twitter, FaceBook, and even internet dating sites to source and place candidates. As a blogger, I have used Blogging4Jobs, my blog to develop an online personal and… Continue

As Sunday comes to a close for South by Southwest, I'm taking the opportunity to look back and reflect over the last three days of the conference festival. For those of you not familiar with SXSW, it's an interactive festival held in Austin, TX that celebrates media, music, and film each year. More than 20,000 people will grace Austin…

By nature it seems that the HR and Recruiting community is very social. We like to have a good time and sometimes we like to take those online connections offline at events, unconferences, or tweetups (twitter meetups). It's nice to have a beer with a social media someone who in many ways you know better than your sister or co-workers through their tweets, facebook, and blog. Even if you can't… Continue

The Secret Law of Business Attraction

I've come to the conclusion that most of life is just like dating--the job search, climbing the corporate ladder, or working as a consultant. Generally speaking in life everyone is out to make a connection, a sale, more money, or their soul mate. The law of attraction is widely accepted and thought of in a romantic context. And since most business relationships require a form of emotion, attraction,… 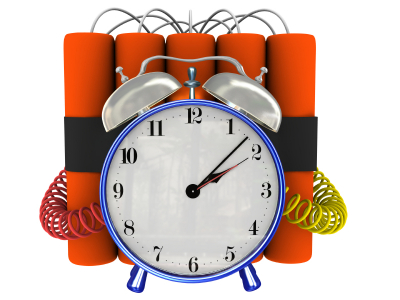 Time management is something that most of us struggled with long before social media. As we become more involved in the world of social media and the see the importance of building personal business relationships, managing your time both inside the social media space and outside as a business professional and human being becomes ever more important.

Once a month I host a free teleseminar where I discuss a topic related to social media. This month, I discussed “How to Manage… Continue

It's a Dry Power Job Market (Part I)

Is our economy recovering?

I'd like to think yes, but after viewing the most recent December Job Report, I'm not quite so sure. In the United States we had 85,000 new people file for unemployment benefits this last month. My concern for the economy and our reported… Continue

Utter just one of these words to a family member of friend and chances are they will elicit words of anger, frustration, and just flat out negativity. Automatic DM's are no different. There has been a great debate on Twitter ever since the auto-DM (automatic Direct Message) was… Continue

For the most of us, the end of the year signifies an opportunity to think, reflect, and remember the life lessons, events, and topics that demanded our attention over the last 12 months. And professionals within the Human Resource and Recruiting industry are no exception. I think that I can speak for everyone that 2009 was a year many businesses, job seekers, and people in general would like to…

The Future of Social Media in 2010

Social Media, it's been a topic for more than a few conversations in 2009. From Oprah, to Iran, to Michael Jackson, and Starbucks, this has been the year that social media became mainstream. Quantcast reports that Twitter has grown from 6 million to 24 million from January-October 2009 while FaceBook boasts adding more than 1.5 million new users daily.… Continue

Like many of my fellow HR professionals this week, I have been busy reading all the fantastic blog posts related to the Human Resources (un)conference November 6-8th, 2009 in Louisville, KY. I have been blown away with the take-a-ways and conversation that HR Evolution has so far generated. I was particularly intrigued by our opening and closing sessions with regard to social media.
And then I had a thought. . .…

I find it fitting that the 20th anniversary of the falling of the Berlin Walls falls squarely one day after the end of the first ever Human Resource HR Evolution (un)conference.

The Human Resource industry is at an impasse. For years, HR has been the voice to deliver the message often controlled by the actions and… Continue