The last time I checked there were only 21,185,836 views of this video which should give you some idea of how "tuned in" I am!


The video is part of a series put together by Playing for Change and if you are one of the 21 million plus mentioned above, of course, you already know that.

Just so you how far behind the times I am, the subject of this post was actually around since August of last year. Fortunately for readers, the content of Jose Ruiz's post was not time sensitive, indeed, in some respects it is timeless.


Jose, as you'll see if you check out his site, is a principal in… Continue

For the past 17 years Execu Net has conducted an extensive survey of the marketplace. Some members of RecruitingBlogs I am sure have seen it and many undoubtedly have participated.

We are currently in the process of gathering the data for this year's survey from three groups: senior level executives, recruiters, and corporate HR executives.

When the new year begins the lists come out and it's always time to see who views what as "winners", "losers", and/or what's in store for the next twelve months or so.

The other thing that happens, at least for me, is that this time of year makes you think of where things have been, what's changed, and what worked and what didn't. It also makes me… Continue

Aside from the frustration experienced by job seekers from what feels like the "black hole" in responding to postings on job boards (and there is enough on that subject to provide fodder for posts for the next year!) the next major pain point often seems to be… Continue 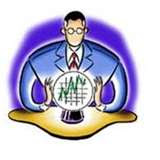 As most readers who know ExecuNet are aware we have been up to our ears in the career and business issues impacting senior level business leaders for 21+ years.

Among the all-time debates with no answers such as: nature or nurture; chicken or egg and of course DiMaggio or Mays there remains the nagging one of hiring or retention.
What is tougher, making a good hiring decision or retaining "A" players once you find them? These are issues that probably have been studied, surveyed, poked and prodded by more organizations than have sworn off applicant matching systems, attitude surveys and exit interviews… Continue

Okay, I admit it, I am a Tom Friedman groupie and if you fall into that category then you will instantly recognize the title of this post as being the title of the Op Ed piece that Friedman wrote for the Sunday… Continue

"The trouble with fighting for human freedom is that one spends most of one's time defending scoundrels. For it is against scoundrels that oppressive laws are first aimed, and oppression must be stopped at the beginning if it is to be stopped at all." H.L. Mencken

I suppose I am… Continue

Light or an Oncoming Train

Ever since we published this year's Executive Job Market Intelligence Report I have been getting lots of cards and letters (okay not cards and letters, really emails and "tweets") but in any case, lots of feedback on how… Continue

Feedback from the Real World

Even when you have been around as long as ExecuNet has (21 years and counting) and over that time have gotten more than your fair share of kudos for whatever, it still makes you feel good when they keep coming. If nothing else, it reminds the organization that consistency is critical.

I am happy to say that we were reminded of this yet once again when we got notice that we were once again a WEDDLE's User's Choice winner. What WEDDLE's does is to post a ballot of 114 sites (not… Continue

As we all know, it is that time of year again when whether we like it or not, thoughts start running through our heads like "this really is going to be the year that I lose those 25 pounds, stop smoking, start seriously exercising, will swear off karaoke or will stop trying to over-think my football picks."

It's an easy list to remember because for most of us it's same list as last year.

So when I got my issue of… Continue

If you were looking for a way to do a bit of "giving" during this holiday season, here's something you might want to think about:

Xerox (full disclosure: I am an ex-Xeroid) is sponsoring a site that will print and send a holiday card to servicemen and women. You can just pick out the card that most appeals to you (they are desgined by school kids and are wonderful) and pick one of the draft messages or create your own, and they will print the card and send it.

You have no… Continue

In a former life I worked for Xerox. A friend sent me a note telling me about something the company was doing in a effort to let our troops know that no matter how you feel about it personally, we very much appreciate the fact that they are out there for the rest of us.

The site is called: www.LetsSayThanks.com. It allows you to send a card to a serviceperson. You just fill it out (takes less than a minute) and Xerox will print the card and have it delivered. The cards were designed… Continue

When I talk about the quality of our Roundtable discussions, those who read this blog who are ExecuNet members will understand immediately when I say that given the financial and economic turmoil boiling around us it is both educational and comforting to be able to listen to and learn from an audience that, while deeply concerned, continues to bring much needed perspective, and dare I say it -… Continue

Work-life balance has been getting a lot of ink in recent times, and a tough job market nothwithstanding, it looks like it is going to continue to get plenty more.

I saw some "early return" stats the other day that came from a survey (still in progress so far as I know) sponsored by the AESC (Association of Executive Search Consultants).… Continue

As some members of RecruitingBlogs.com are aware, for the past 16 years ExecuNet has run a survey focused on the executive marketplace. It is called The Executive Job Market Intelligence Report.

It is a task that each time we do it we keep asking ourselves if we have the energy to do it again. It not only takes a great deal of time to put it together, but also an enormous amount of time in analyzing the data, and this year was certainly no exception as we had over 6,000 responses -… Continue

The following is something I posted on my own blog a couple of weeks ago, but am posting here for those who might not have seen it and be interested in exploring a new online business resource.

Over the years many executives I have talked with have told me that the most valuable advice and counsel they have received has come from the chance to discuss the challenges they face with their peers. Thinking back on my own experiences, I would have to say that I agree with…