Active & Passive Candidates - What Are They?

There are no such things as active or passive candidates in the recruitment market, there are only good candidates and the rest. OK, I know that at any one time there are people out there who are actively scouring the market for a new job, and many more who are not. But the point is that this is a candidate perspective, not a recruiter one. Where recruiters can go wrong is in looking for sources of new candidates who are not looking for a new role or may be unavailable to their competitors, i.e 'passive candidates', but can still be delivered to them as if they were 'active'.

I can understand the problem.  I worked for an exec-level job board where much of our early growth came from companies looking to us as a different candidate pool.  They and all their competitors used the same job boards and came up with the same candidates for the same jobs, for which of course they were all in competition. If we were successful for one agency, it was not long before the competition turned up in force.  Good for us, but the same problem for the recruiter.

Sorry I couldn't respond before now, but like Jerry & Pam I am having a record breaking quarter and simply didn't have the time. I still don't but decided this would be a welcome break from the activity.

We walk away from clients who think we should compete with them internally OR be one of seven firms trying to help them fill their jobs.


The people we work with understand the value we bring to the table and know that I can provide an accurate description of the candidate landscape for them. We even give their internal recruiters tips on how to be more efficient with candidate generation. In return, our clients know that we will go to the ends of the earth finding the right candidates for them.

To the rest of you whining about how cutthroat it is out there today, it is easy to find clients who don't take an interest in your partnership, I would say you aren't delivering enough to ask for more OR you are a mere vendor to them.

It is not hard to say you will find the purple squirrels, it is an easy way to get in the door at a new company. But as a business model it is risky and shortsighted when you can use the same nuts to find all squirrels. 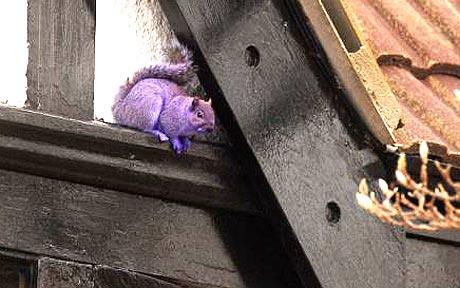 Oh, and as for passive vs active... you have to know what your client wants & give it to them. Just because they post a job doesn't mean they are searching on the job board for people.  And if your client is combing the job boards I think it is bad business to give them candidates who are already available.  Just because you find a passive candidate doesn't mean they were never on the job boards before in their life. You have to deliver what your customer needs & it sounds like everyone on this thread is at least doing that well.

To shamelessly plug my latest interview on the topic of active vs passive recruiting, check out my Q&A with Recruiting Trends on page 32. ﻿﻿﻿﻿http://www.onrec.com/store/pages/15551/web_final2.pdf

Julia, congratulations on your business being phenomenal.  Clearly, some of us are either in the wrong market, talking to the wrong clients, inept at client development, and/or aren't recruiting well enough delivering for our clients as a commoditized vendor.   I'll keep my client's needs in mind going forward.

Comment by Paul Alfred on June 29, 2011 at 3:32pm
Great now I can throw away 15 years experience - take Julia's advice tell the client "Hey don't try and internally improve your ROI by building your own internal resources- just use us for everything .." and triple our Revenue intake this year ... this model will work for sure ... Thanks Julia ...

Comment by Julia Stone on June 29, 2011 at 3:38pm
Paul, My model works and my clients see the value in everything I do. No need for sarcasm, perhaps that is part of your problem. I am saying go out and find new clients that respect what you do if you are that angry at the model you support.

Comment by Paul Alfred on June 29, 2011 at 3:58pm
Please help me understand my problem Julia since you know me and my professional career so well ... If you have been reading the dialog this is about whether or not there is such a thing as a Passive Candidate. I don't have a problem with our current model and I know your model inside out- 3000 of of our fellow  competitors utilize it ... This current conversation stemmed because of a number of questions Jerry posed to me earlier ... Sorry if I come across with Sarcasm but you dismissed  what Bill and I were trying to say in your BOLD statement.   Because you walk away from a challenge does not mean the entire market should follow your lead ... There are quite a few ways to run a Recruitment Business-  I am glad you have found a way to run yours Successfully.   I think my 15 years has taught me a thing or two about this business.

Paul - along with the P/A topic there have been several other which you've pretty much dodged here.  One in particular being "the best person for a job is happily doing that job at your competitor" which you seem to claim every client (by their silence) agrees with you on.

When you can not find a hidden gem at your client's direct competitor - what do you do?  Since they're so pumped up about grabbing a key player from their competitor.

Do you admit, that quite possibly, you'll be moving down the "desired" list and go for someone who isn't working at a competitor?  Or even the next dreaded step of considering someone their competitor laid off?

What I'm getting at - is since your business is built (along with some 3000 other agencies.....) on the premise that unemployed people are not really "top" candidates - what do you do when you fail to surface that start, key, employed player?

I don't know if unemployed are top candidates or not.  I just know my clients can find them on their own so aren't interested in them from me.

If I run dry at direct competitors I ask my clients where next I should try?  I am here to meet my client's needs, so look for direction from them, with candidates they can't find on their own.  Generally speaking, most client hiring authorities I speak with do believe the best people, generally, are employed.

I know the question was aimed at Paul, Jerry, but that's my client's need for me.

Jennifer - the average job length is somewhere just short of 3 years.  This is an average for everyone.  So somewhere in there every couple of years - even the top people are looking for a new job for whatever reason.

Comment by bill josephson on June 29, 2011 at 5:13pm
I've found many of the top people are found--by ex employees who initiate contact with them, or I find them and they've been with the company 5, 10, 20+ years.  They'll tell me they have to put a resume together, "it's been years."  Most are literally not looking.  But I'll state if the company can't access them, that's what I'm being paid for, so I pretty much agree with Jennifer.

Do a phone interview - Check in on RBC

Present a candidate - Check in on RBC

Get the interview set up - Check in on RBC

Prep the candidate - Check in on RBC

Remind self that i don't have to tell everybody to quit picking on Paul.

Remind self that people who pretend to be someone they are not normally reach self destruct mode pretty quickly.  But they are obsessed with the Heritage foundation and the Cato Institute. Go figure.

Remind self to say hello to Julia, missed her haven't seen her post much lately.

Remind self to wish Pam a great vacation.

Remind Jerry not to let irritating people  who are trying to hook him trip his trigger  :)

Check on horses since some idiot left the gate open at the far end of the pasture and i got to dash to the country, lead seven horses 3 miles back to their own barn this morning across a big rough pasture with a bull in it.  I have a healthy respect for bulls, horses are curious about bulls.  Dumb bastards.  Almost got us all killed or at least run over.

Pick up band aids for blisters due to grabbing a pair of rubber boots and no socks due to being scared to death that seven horses were standing in the middle of I-40.  Thank god cowboys get up early and happened to notice that 7 horses escaped to look for cigars and chase chicks all night. Cowboys know who owns livestock and who horses belong to and how to call me.  Check in on RBC

Consider going into retail or something - Naw not until they pay 20 a week will just continue jerking around on Linkedin, job sites and social sites and making a super effort to place people who are unemployed and scared to death.

Multitasking is the way recruiters roll. But if the damn horses get out again ..do you get up early Morgan, i normally check in on RBC early so if you wouldn't mind going to get them i will have time for lunch, which didn't happen today.  I had to check in on RBC.  First things first, i can type and talk at the same time.  It's all about getting to yes.