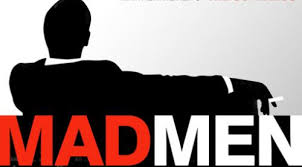 Most CEOs realise the importance of securing the best people in their industry. Having the top talent working for you gives you a huge advantage over your competition. Whilst most companies will  have developed a compelling message that they are ‘the’ place to work,  the reality is that majority don’t do much with it. It is often left sitting in the “Why work for us’ section of their website hoping that someone will stumble across it and contact them. Some are a bit more pro-active and will use things like social media to spread the word. Whilst some efforts can be effective, for most it is more of a hit and hope approach and this is typically true of smaller companies. Whether it is due to budgetary constrains, a lack of in house expertise or just a flippant approach, few effectively  get their message out to their target audience.

What they really need is  an on going campaign that  constantly engages with their target audience and builds a strong brand presence. It might sound like a job for someone in marketing. The reality is that this is where the future of recruitment sits. After all,  there is no one better positioned than a recruiter to do this job. They will know who the top talent is and more importantly have easy access to them. They will be speaking to the target audience all day, every day. They will also be actively engaging with the  competition so can provide valuable and up to date market information. They will know how the brand is really perceived in the market place and be able to advise if changes need to be made.
As the competition for top talent increases, those companies that actively and consistently promote their employee brand will have the advantage. Similarly, recruiters who can provide this service become far more important to a client, and vital in a market that is increasingly sceptical of the value that agency recruiters provide. To achieve this recruiters and clients need to adapt the relationship they have with each other. Recruiters need to position themselves not just as an extension of HR, but also be a part of the  marketing function, experts in engagement, brand development, communication and market analysis. Equally, companies who continue to use a recruiter to just fill vacancies will be missing out to their competitors that are actively engaging with the same talent pool.

Great article...I was however, turned off by your analogy of "Mad Men" for this...

Thanks for the feedback. The analogy of Mad Men was tongue in cheek - sorry if it turned you off !

So true, so true.  We continue to educate companies on this theme one by one.

Having never seen Mad Men I don't know if I'm turned off or not by the analogy....

God help us if the recruiters of the present must become the “New Mad Men” of the future.  The analogy of Mad Men the HBO television series is grossly misapplied here and either suggests Luke has no concept of what the show represents, or actually does and embraces it.

The show Mad Men is lauded and criticized for its attempt to capture the era of the 1960s, particularly from the standpoint of American Business through the vehicle of advertising which also translated into false or manipulative advertising—selling “the goods” to the American Public.  It was the launching of consumerism amidst the built-in obsolescence in American made products that ushered in better product quality from Japan, Germany, etc.  The logo featured here is of a white male, in a business suit, leisurely smoking a cigarette—depicting and romanticizing a time when both were king.  New York Times theater critic Ben Brantley wrote that the success of Mad Men had turned "the booze-guzzling, chain-smoking, babe-chasing 1960s" into "Broadway’s decade du jour", citing three 1960s-set musicals that had appeared on Broadway in 2010 and 2011.  Suggesting at the very least an attraction and revulsion factor—the series has attracted a mass audience, is a marketing bonanza for ad placements, and has won four Emmys for Outstanding Drama Series.

Mad Men the series portrays the moral turpitude of the 1960s a time that can also be considered the turbulent ‘60s because of the rebellion of all things American Business & Politics represented in those days starting with:  Corruption, Greed, Racism, Machismo, Adultery, Homophobia and Sexism--in the sense that it is a Mad Men’s world to pillage, pollute, and profit from.  Race riots; Vietnam; the assassination of a sitting President, a former Attorney General (brother to the President) and Martin Luther King were events that reflected a time and a country going MAD.  If the ‘60s represented anything it was the thing to despise, reject, protest and riot against.

Mad Men indeed.  The ‘60s saw the rejection of the Glass Ceiling built by Mad Men.  It saw the need for civil rights laws and the establishment and empowerment of the EEOC and the OFCCP to right the wrongs of what Mad Men foisted on and in Corporate America.  That Glass Ceiling is alive and well in corporate America.

It is for these examples and many more that the concept of Mad Men the series can be both entertaining and repulsive as are:  bull fights, race car accidents, and new reality shows depicting mayhem, police chases and robberies gone wrong.  The question then becomes:  Do we as recruiters really need or want to become the New Mad Men of the future as Luke suggests?  Frankly, the rejection of the Mad Men of the ‘60s doesn’t give much promise to those who want to carry their banner or brand today--unless pillage, pollute, and profit from are back in vogue.

Looks to me like pillage, pollute and profit never went out of vogue. The Mad Men of the 60's may have tame compared to what we have going on. At least there actually were 7 words you couldn't say on television and very few "wardrobe failures".

@Sandra--SMILE.  Today reminds me of the alleged image of Nero playng a fiddle while Rome was going up in flames.  Sadly the Mad Men of the 60's are rather tame compared to the goings on these days on Wall Street, with ENRON wannabees and politicians bent on blocking the light at the end of the tunnel.

It's not all doom and gloom but it's painful to see history repeat itself over and over again.

Actually i worked in broadcasting during the 60's.  Mad Men the show is a complete truthful protrayal  to the point that it was boring to me.  It was however the era of the super sharp advertising guys and the era of the big agencies..

The more things change the more they stay the same.  At least we didn't go to the office looking like a bunch of derelicts in jeans and tennis shoes or flip flops.  Image and appearance were important.  Nobody had to be told to clean themselves up for a job interview and there was no such thing as a dress code because you knew better than to come to work looking like a slob and didn't want to.  That i miss about that era and the next decade or so.  The rest of it is not much different than what we have now it just looks more sloppy.

@Valentino - I don't think I've ever seen you make a positive comment on anyone's post..... all it ever is, is self promoting blah blah blah.... It's boring....