When does Hiring for Cultural Fit become Discrimination?

I have read numerous discussions over the past year in HR magazines and on Linkedin discussing the importance of hiring employees that match your company’s culture.  The reason being, if I have three equally qualified candidates from which to choose, clearly at that point I must hire the individual who best fits my organization’s culture.  By doing so I should increase the chances that not only will I be satisfied with the employee but they will also be satisfied with the organization.  Employee satisfaction often walks hand in hand with employee retention and high employee retention usually means less expense for our company.  So hiring for cultural fit seems logical, right?

Here’s the rub however.  When do we use the explanation of “Cultural Fit” as an excuse to discriminate?  I recently started a discussion on Linkedin regarding the prevalence of discrimination of not only groups such as minorities, women, and the elderly, but also Asians, the attractive, smokers and the obese.  As one commenter put it, “Cultural fit has become the new euphemism for discrimination.”  Further responses were varied.  Many took the stance that everyone had biases in one form or another and that we just needed to roll with the punches, stop whining essentially, and continue to put our best foot forward until you land with the organization that best appreciates you.

After all, if you didn’t get the job HR could just argue that you didn’t fit in well culturally.  For example, one commenter said they 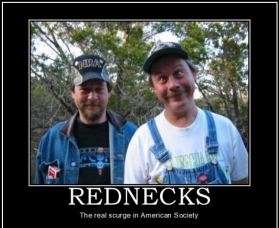 turned down a qualified candidate because the person was, as she put it, a redneck and they didn’t think a redneck would work well with the customers.  “Redneck” if you didn’t already know, isn’t one of the EEOC’s protected classes.  In essence the qualified “redneck” candidate was not a cultural fit.  One commenter supported her by saying the organization’s needs were evaluated from the perspective of the customer and the candidate could not meet them.

Another commenter said they refused to hire a candidate who, by his intense smell, obviously smoked.  Why?  Because it would bother other people in the office.  This is another example of cultural fit coming into play.

Others took the stance that in no shape or form should discrimination be tolerated.  If the candidate is qualified, HR departments should give equal consideration to each candidate.  But is this really possible to do when the company’s profits are on the line?  Look at Hooters restaurants, for example, which for years have employed women who must have certain attractive physical characteristics.  Their high priced lawyers helped them win a lawsuit several years ago and they are still allowed to employ only women of a certain appearance.  If they did not wouldn’t their profits suffer?  Couldn’t a case be made that women of a certain appearance, and of course men were unable to effectively do the job as set forth by the company’s culture regardless of their past waitress/waiter experience? 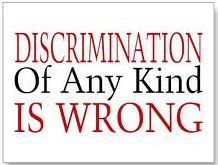 If I’m obese and am turned down for a retail job for a sportswear company where most of the salespeople are attractive and fit, is this discrimination or was my failure due to a lack of cultural fit because management knew my overweight appearance would turn off customers?  Is this discrimination or rather a case of a lack of cultural fit affecting the organization’s bottom line?

Are companies beginning to establish that candidates can be discriminated against under the pretense of cultural fit if their “smoker’s cough”, obesity, or even their rough around the edges “redneckery”, hurts profits or disrupts their colleague’s ability to perform well?

If you’re a woman, or old, or of a different ethnicity organizations should give you fair consideration because these are attributes out of your control.  And yet if your personality or appearance is a cause for rejection whether you’re black, Indian, or even pregnant, can we say anyone is really protected?

So the question continues to be when are we being discriminatory and when are we just looking out for the best interests of our company?

Great article! You have hit the nail on the head.. the border between legitimately choosing candidates who are a good cultural fit and will therefore be a success and discrimination is a very, very fine one.I'll be promoting this thought provoking piece!

Interesting read on the discrimination issue.  I think you're taking it a bit too far.

The moment we start a group, company, business, team and organization, there is a purpose or end goal (product or service). There are those who contribute towards those goals and those who can be distractions or even detrimental.

because he wasn't fitting well into their plans. How can someone be not a fit in the company they started, guess it can happen. He was later brought back and we know the rest.

Those of us who follow sports, know this too well, teams with great chemistry and unity do a lot better than teams with just stars..(they don't have to look alike, have same ethnicity or language or religion, but need to believe in the common goal)

Great topic, tough to put it all in writing..

Cora, I started this same discussion on Linkedin and you would be surprised how many people have chimed in on both sides.  Some say there is no excuse for discrimination while others say we all have our own biases that surely come into play during the hiring process and need to be exercised to ensure the right employee is hired.

Suresh: Your point about sports is a great one.  There have been some great players in the past whose skills were certainly exceptional and yet their personality caused such great turmoil amongst the team that eventually they were traded.

“Cultural Fit” in organizations has always been about discrimination.  Walk like us…talk like us…think like us and the universal…look like us and you will fit in nicely—have always been the go to factors beyond qualifications and past performance that influences who gets hired, promoted and/or transferred.

The exceptions to the rule are clearly visible as are the purveyor of the traditions of institutionalized discrimination.  If it were not so blatant the EEOC and/or OFCCP would cease to exist.

Very interesting look at it.  I'm an ex smoker, and I come across many client facilities that not only will not hire people who use nicotine, but will fire them if they smell that way.  New candidats are required to take nicotine test etc....Do I think it is wrong, yeah, do I understand it, yeah, lower insurance premiums and frankly those hardcore smokers (used to be me) absolutely reak!!

I am also a big man, and trust me I know it hurts me.  Being fat is not a protected class, but in reality I have the power to change that (down 40 lbs, thank you).  I know that I can't go apply to work at abercrombie or go be a pharmaceutical sales rep...I'm not 5'7, 20's, blue eyed, 110lbs and female....( I wonder why pharm sales rep are always young attractive women...they must fit that culture).

I don't know if I'm right or wrong, but I think it's only discrimination if it is something you can't change.  If I dress "young", that is not discrimation, that is just not dressing correctly.  If I dont use business language and I swear alot...not discrimation but rather me being an idiot.    Anyways, interesting read

Comment by Sandra McCartt on April 20, 2012 at 1:39pm
Here are some quotes from candidates who have come to me to change jobs.

" I am looking because everyone in my department is in their 30's all they talk about is their kids, having more babies, daycare, kids sports. I am in my 50's. I thought when I took this job that I would enjoy working with a younger group of people, I don't". "I want to work someplace where the age group is either older or there are at least some people my age". "I am simply not a fit for this group, I wish they had never hired me and I wish I had been smart enough to realize that I don't have much in common with young parents at this point"

" I am looking because most of the people in my department are in their late 40's up to about to retire.". " I thought when they interviewed me that being 20 years younger I could learn a lot from an older group, I have but all they talk about is their grand kids, their health problems and what they plan to do when they retire.". "it's a good company but culturally I just don't fit, I want a company where most of my peers are younger, play on the company softball team and know where the cool spots are to go after work"

Next..
" I am looking because most of the people I work with are conservatives, I am not talking about politics particularly just attitude. "I am more liberal and would be happier in a company that is not as conservative and structured in how they operate. I wish I had paid more attention and asked more questions about the company culture before I took this job and I wish they had been more explicit about their culture". " I never thought company culture was that big a deal but now I know it makes a difference".

Hi Sandra, I think you quote some very familiar stories. What you have just put forward is the argument for valuing diversity ( and that is not an equal ops thing) but how far does one go to promote diversity? We all understand that people of certain religious persuasions may need breaks at certain times, people with disabilities are entitled to reasonable adjustments and the rest of us need to accommodate that but how can an employer ask staff not talk about grandchildren or booze ups because it makes another  member of staff feel uncomfortable.

Yet surely employers need to grapple with this.. they can't just employ clones who are susceptible to group think and who are so similar to each other.. how do they relate to diverse customers?

Wish i had all the answers!

Again, interesting discussion..there is so much to this topic. Its tough to do justice.

To be very blunt it does come down to Diverse Customers and Buying Power Equality in the world. Someone said Money Talks and BS Walks.. Once companies have to sell to everyone in the world, they would have no choice but to respect differences and adapt.

Buying power is the key here.. and the perception of buying power. Unfortunately buying power parity in the world is far far away.

Something else to consider when looking at finding the cultural fit for a company (from a recruiters perspective)....if we don't consider the cultural fit with a client, then we are basically setting up the candidate/employee for failure, based on all the reasons that Sandra gave for people looking for new positions, and then some!  When companies are not honest about communicating their culture, then new employees are often very discouraged when they realize the environment they are now committed to.  We do our staffing BASED on finding the cultural fit.  It rarely, if ever, has anything to do with discriminatory criteria, but more so attitude, personal mission and drive of the company.  This way, we are giving new employees all the tools to succeed, the rest is up to them!