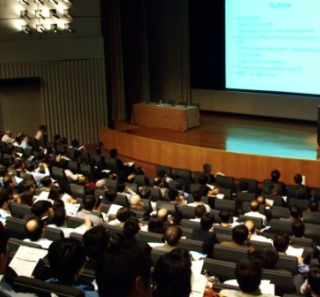 The days of conferences being exclusively dedicated to formal lecture based content seems to be behind us, thankfully, with almost all organisers realising that it’s far better to present a broad range of delivery mediums (though there are still a few conferences at either end of this spectrum). These days, your choices between conferences mostly come down to the specific speakers and subject matter focus.

Generally speaking, local conferences will import one or two keynote global speakers and the rest of the content will be learning from your peers, which in our experience can sometimes be the more practical content. Heading off to one of the larger events will likely unearth some insights that are truly new, but there is also the trade-off that some of the concepts might not be practical locally.

To help you plan your 2016, we’ve done the leg work for you and have put together a list of the best sourcing, recruitment, talent acquisition and human resources conferences, plus a quick rundown of what they’re all about, where they are, when they will be held and how much budget you are going to have to get approved!

A great conference for HR teams looking to keep up to date in their field. Outside of membership based forums like HRINZ this is the main HR conference in New Zealand and well worth attending, with speakers from Coca-Cola and GoPro present. This year there will be focus on building engagement between employees and organisations to increase motivation and hopefully help retain talent.

SOSU is all about sourcing. To keep the conference interesting and engaging the speakers discuss their topics in a range of formats, including presentations, workshops, unconferences, and panel discussions with an overall focus on hands-on learning. SOSU also hosts great networking events (their post-event drinks are not to be missed), which will ensure that you’ll get a chance to meet some great, like-minded professionals.

(Early-bird prices run out at the end of January)

If you like the look of SOSU but aren’t really sold on going to Singapore be sure to check out one of their other conferences!

Also, here are two more events run by the same team that runs SOSU; RHUBNZ has a more general recruitment focus while IT18 takes a look at tech recruitment.

HR Summit is run a little bit differently to most conferences. While some conferences have a few different categories of talks that you can pick and choose between, HR Summit runs everything across six streams. Each stream is focused on different roles people may have in a company, with very little overlap between them. Splitting up the streams is a great way to ensure you get the right content, and you can be sure to find like-minded professionals here as they will be in your stream.

This year the main theme behind the Australasian Talent Conference is how to overcome the increasing volatility in Talent management, with the promise of useful strategies and tactics you can implement. Building on top of the main theme will be a few different streams focussing more specifically on topics such as innovation, technology, diversity, social selling, and quality of hire. Since you will have a selection of topics to choose from, you can be sure that you won’t have to sit through any presentations you aren’t interested in! Being the largest talent conference in Asia Pacific makes it a fantastic conference to meet other professionals at, especially with hosted break-out sessions, lunches and post-conference drinks.

If you like the look of the Australasian Talent Conference, ATC runs a few other conferences throughout the year as well. No details have been released yet about their other conferences, but we'll be sure to let you know as soon as it’s released.

The Global Recruiter Summit aims to address the changing role of a recruiter with the changes that social media and technology have made to the industry. A lot of conferences are talking about how social media is changing recruitment in terms of how talent is sourced, this conference is taking a slightly different stance and discussing how social media can be used internally to help encourage peer coaching and talent retention.

The Global Recruiter holds multiple conferences around the world throughout the year, their next biggest event is the UK Summit on the 09 March. A complete list of all their events can be found here.

The 2016 conference is yet to be announced, so prices and dates are just an estimation based on last year's event.

HR Tech Fest is all about technology and innovation in the HR space. Understanding the latest technology, staying agile and being adaptive is a crucial part of HR so it’s becoming increasingly important that you don’t get left behind in a world that is well and truly online and digital.

SourceCon is the biggest sourcing conference in the world. It’s fantastic for everything sourcing, from low level Boolean for beginners through to recruitment specific internet browsers and more. Because SourceCon is very specifically all about sourcing however, it isn’t very good for those involved in branding or marketing. If you do go to SourceCon you absolutely can’t miss SourceCon after dark, a hacking event that happens after the formal drinks.

If you can’t make it to SourceCon in March, don’t panic too much! They are held twice a year so you’ll get another opportunity in September.

This is ERE’s other big conference, alongside SourceCon. Held twice a year, these conferences focus on talent acquisition rather than just sourcing. This year’s conference is on using data to acquire talent and boasts the availability of one on one meetings with experts in the field.

This conference is for in-house Tech Recruiters. It is assumed that anyone attending already has a fairly sound knowledge of tech recruiting, so all of the seminars skim past the basics and focus on the new ideas and the more advanced techniques in the tech recruiting space.

This is THE global HR conference. SHRM Annual Conference and Exposition is the largest HR event in the world and has absolutely everything including 1,000’s of attending HR professionals, hundreds of speakers and ton of HR Vendors showcasing the latest and greatest HR technology. The networking events are always well weaved in throughout the conference and this year even includes a show featuring the band Train.

If you’re interested in the latest recruitment tech, this is THE conference to attend. At the time of writing there really wasn’t much information out about this year conference, tickets aren’t even on sale yet but we had to include it in the list just because of how massive it is. Even without much information out yet, it’s safe to say that if you want to know all about the latest HR Tech, this is one of the best conferences available.

(prices are yet to be released for 2016 but these are an indication of prices based on last years costs.)

By hosting 28 free seminars as well as 14 training sessions for free, provided you can get to London, there aren’t any reasons not to go to the Recruitment Agency Expo. The conference is funded by vendors who pay to set up a stall in the large expo room which is great if you’re interested in hearing from various companies about what they can offer you. Of course if you aren’t interested, it’s not too hard to just avoid the expo room and head straight for the seminars!

Hosting speakers from big name companies such as Shazam, Virgin, AXA, and Indeed makes this conference a great one if you’re looking to hear interesting and fresh ideas. One topic being discussed that stands out the most is gamification, looking at how games can be used as a way of gauging a candidate’s specific skills.

#truEvents are the brain child of Bill Boorman and has grown to become the biggest ‘unconference’ for recruiters in the world. There are #truEvents almost every week of the year around the world, however the biggest is #truLondon which is run by Bill himself. For those unfamiliar with the idea of an unconference, there are four simple rules: no presentations, no PowerPoint, no name badges, no pitching. The idea is that the best way to share knowledge is to have an open conversation where anyone in the room is allowed to contribute. If you’re looking for a really social conference to meet a lot of interesting people at or just something a little bit different from all the usual conferences #truLondon is a must.

Generally, #truEvents are very limited in size and few details have been released about #truLondon yet although there are always #truEvents being run all around the world that you could try.

SOSUEUROPE runs the same as SOSUASIA and has the same focus and format. There will be a few different speakers though! Read the SOSUASIA section above to see what SOSU is all about or for more information about SOSUEUROPE click here!

This conference is HUGE and very much leading the way in terms of HR tech conferences with a focus on the future and how technology is changing the HR world. It also hosts probably the most impressive list of speakers with the likes of Richard Branson and chief executives from companies such as Oracle, Google, and IBM having previously spoken. If you are planning on attending this conference it is best to get in early as the tickets will cost more the longer you wait!

(Fees are as at the time of writing, they increase every 2 weeks)

HR Tech World Congress is also run in London on the 15th – 16th March, if you're already planning on going to #truLondon this will fit your schedule nicely. More details can be found here.

The 2016 conference is yet to be announced, so prices and dates are just an estimation based on last year's event.

HR Vision creates a very specialized, boutique feel at their conference by bringing in only the best vendors to ensure that the expo isn’t just a crowded room full of salespeople. Also, by splitting the topic of HR into four areas, talent management, leadership development, employee engagement, and employer branding and recruitment they are able to deliver a broad range of presentations, which gives attendees a good range to choose from.

Top Tips to Get the Most Out of Conferences

You only get out what you put in. It may be a pretty painful cliché, but it’s certainly true for conferences. Conferences are meant to be social events, so if you’re going to a conference you should definitely put yourself out there! Here are our top tips to do just that.

If we've missed any conferences, please feel free to leave them in the comments below.

This blog originally appeared on the Prominence Blog.